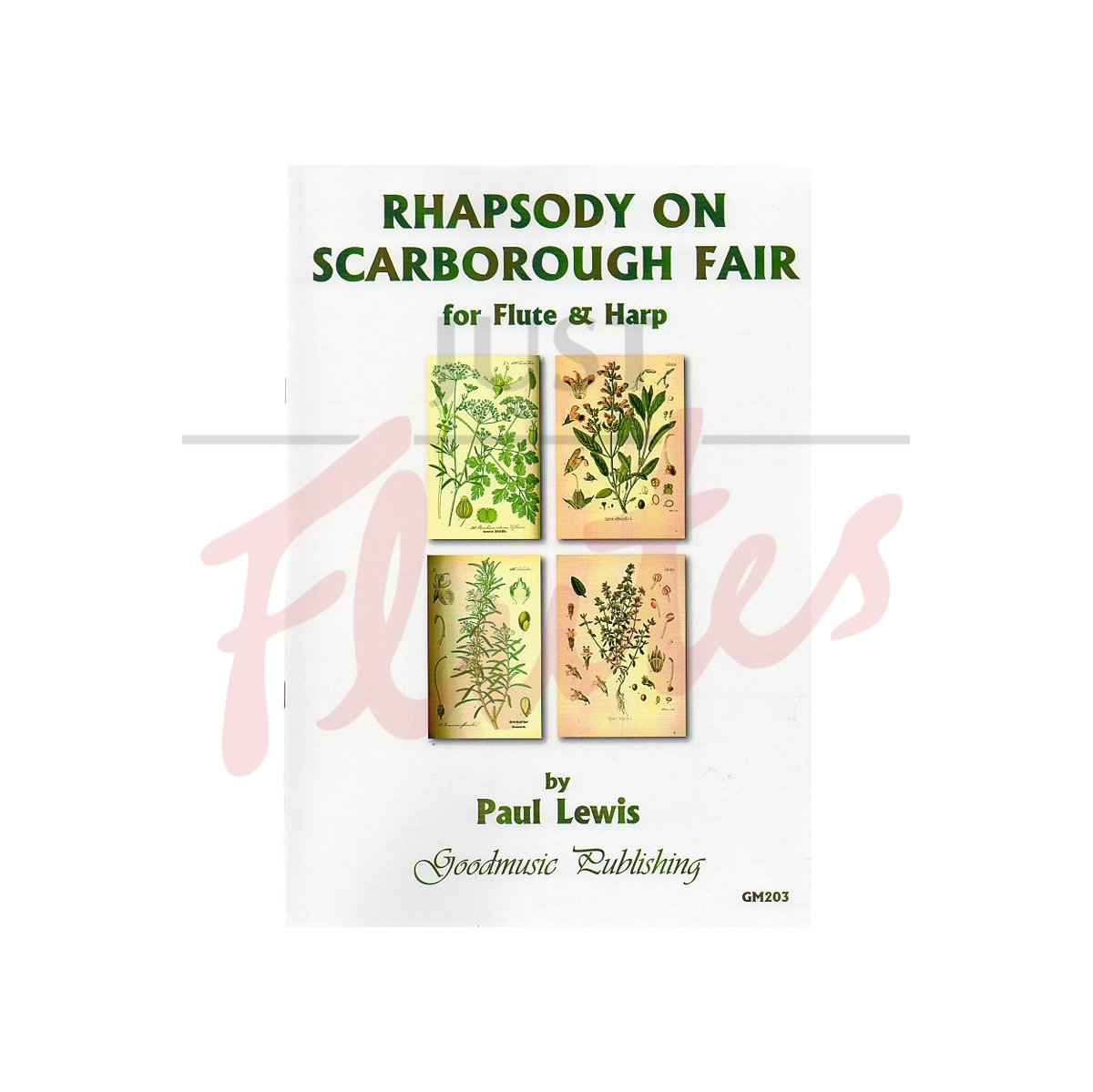 Rhapsody on Scarborough Fair for Flute and Harp

Listening in England to harpist Alessandra Ziveri's recording of Luigi Perracchio's Sonata on popular Italian folk songs, I decided as a gesture of international musical friendship to thank her for the enormous pleasure her recording gives me by sending her a work based on an English folk song. I had long harboured a desire to write a piece based on Scarborough Fair, a traditional song made world famous by Simon and Garfunkel in the 1960s, and Alessandra Ziveri's playing at last provided the inspiration and the impetus to fulfil this ambition.
The resulting Rhapsody is, in effect, a set of variations in romantic-pastoral style, an idyll evocative of the English countryside of a faraway age. The melody of Scarborough Fair, being in the archaic Dorian mode, a minor scale of sorts distinguished by the haunting sharpened sixth, i.e. D to D on the white notes of the piano, suggests mediaeval origins, and indeed bears a remarkable similarity to the 15th century composer Guillaume Dufay's setting of Je veuil chanter de cuer joyeux, the lyrics of which already existed, raising the possibility that Dufay used a pre-existing melody too. The words of Scarborough Fair, though bearing similarities to the 17th century Scottish ballad The Elfin Knight, are sometimes said to refer to the Great Plague of the 14th century, all of which accords well with my love of pre-18th century history. Paul Lewis