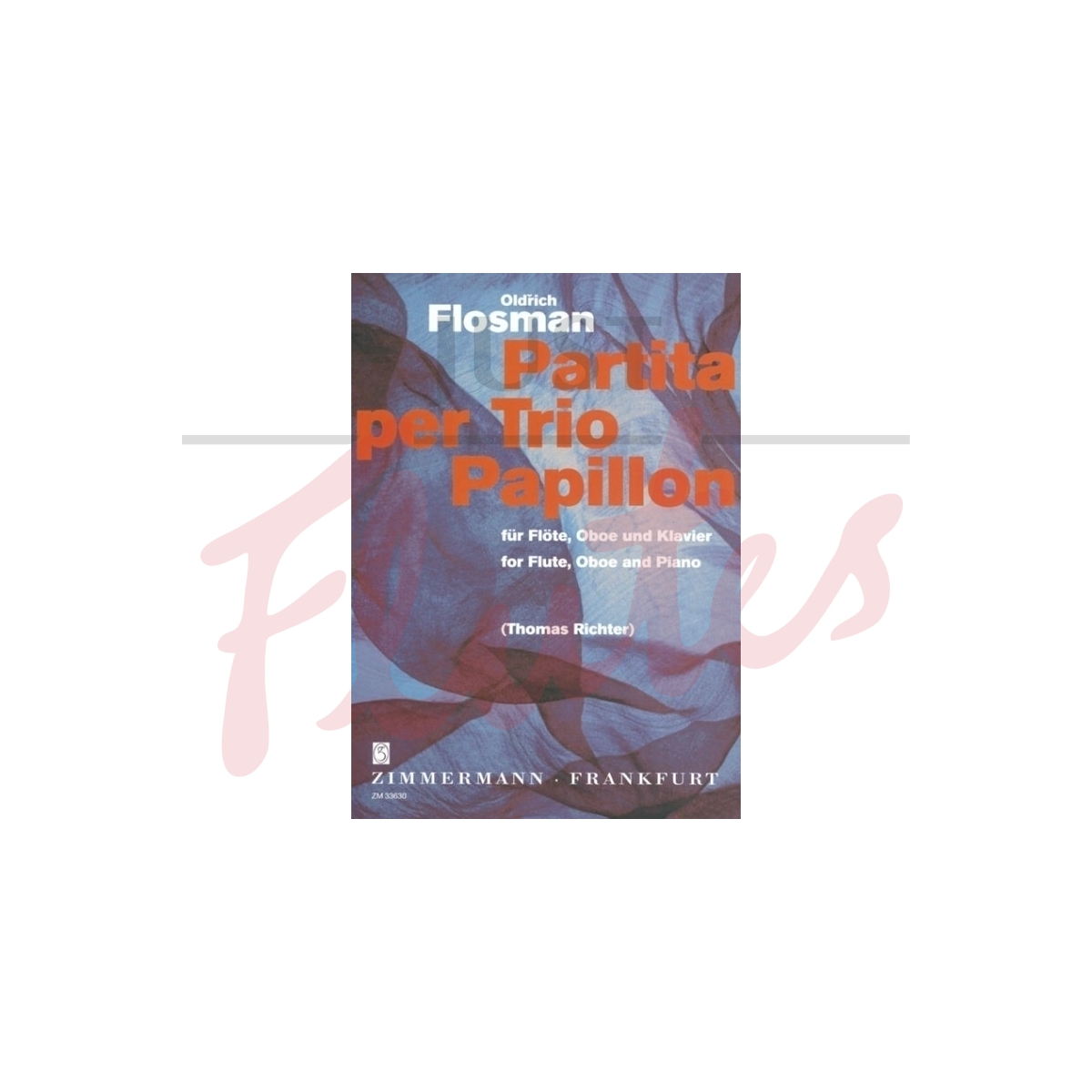 Czech composer Oldrich Flosman (1925 - 1998) was musically influenced by S. Prokofiev and D. Shostakovitch whom he took as examples, as well as by Bohemian folk music. Traces of the latter can often be felt in his works, in the form of stylized and witty rhythms and unsentimental melodies. He also had a liking for baroque music as can be heard in the Partita presented here which combines Slavonic melodies and rhythms with counterpoint techniques. Surprising changes and contrasting sounds make up a colourful and entertaining piece. This composition was initiated by the TRIO PAPILLON and premiered on 22nd January 1994.