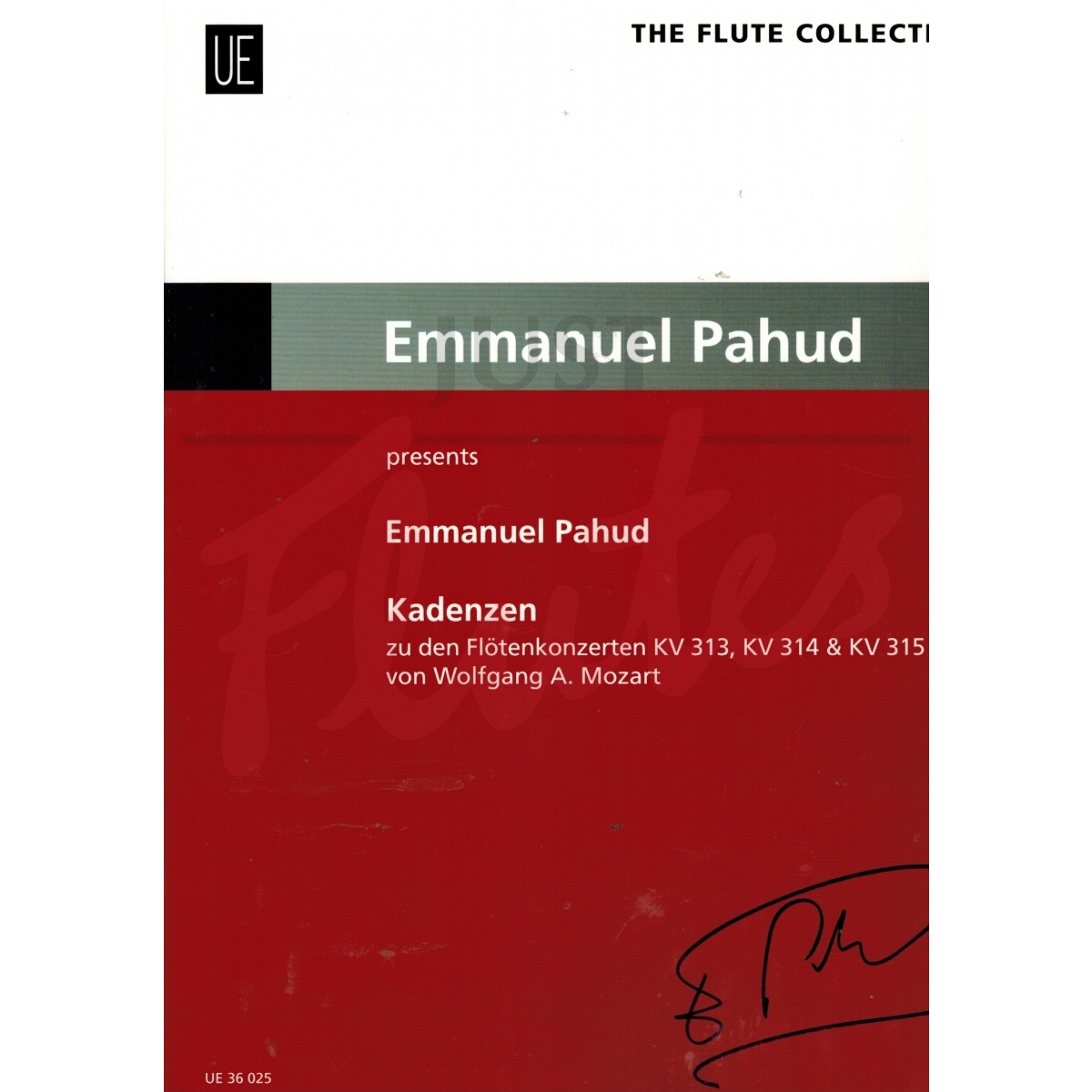 In a concerto cadenza the soloist has the chance to apply free individual expression to the preceding musical themes. As a result, there are as many cadenzas for Mozart's flute concertos as there are flute players. Emmanuel Pahud developed the cadenzas in this volume of The Flute Collection over his career. They are an invaluable gain for every flautist, especially as Mozart did not compose any cadenzas for these works.

"During my studies and in masterclasses and competitions I have heard every imaginable cadenza to Mozart's flute concertos. So I decided that I wanted to develop something more personal for my own use in solo concerts and auditions - my own subjective contribution. I sought to continue the function and voice of the solo flute while making the transitions between tutti and solo organic. I drew inspiration from Mozart's own cadenzas to his piano concertos...I sketched my ideas on paper and re-worked them for each performance until, after a few years, they assumed the shape in which they now appear." - Emmanuel Pahud

The most traditional of this selection are Pahud's cadenzas, which are well crafted with clever harmonic twists and some wonderfully imaginative moments (...) They are relatively concise, and feel musical rather than self-indulgent, and remain largely within the style of Mozart."