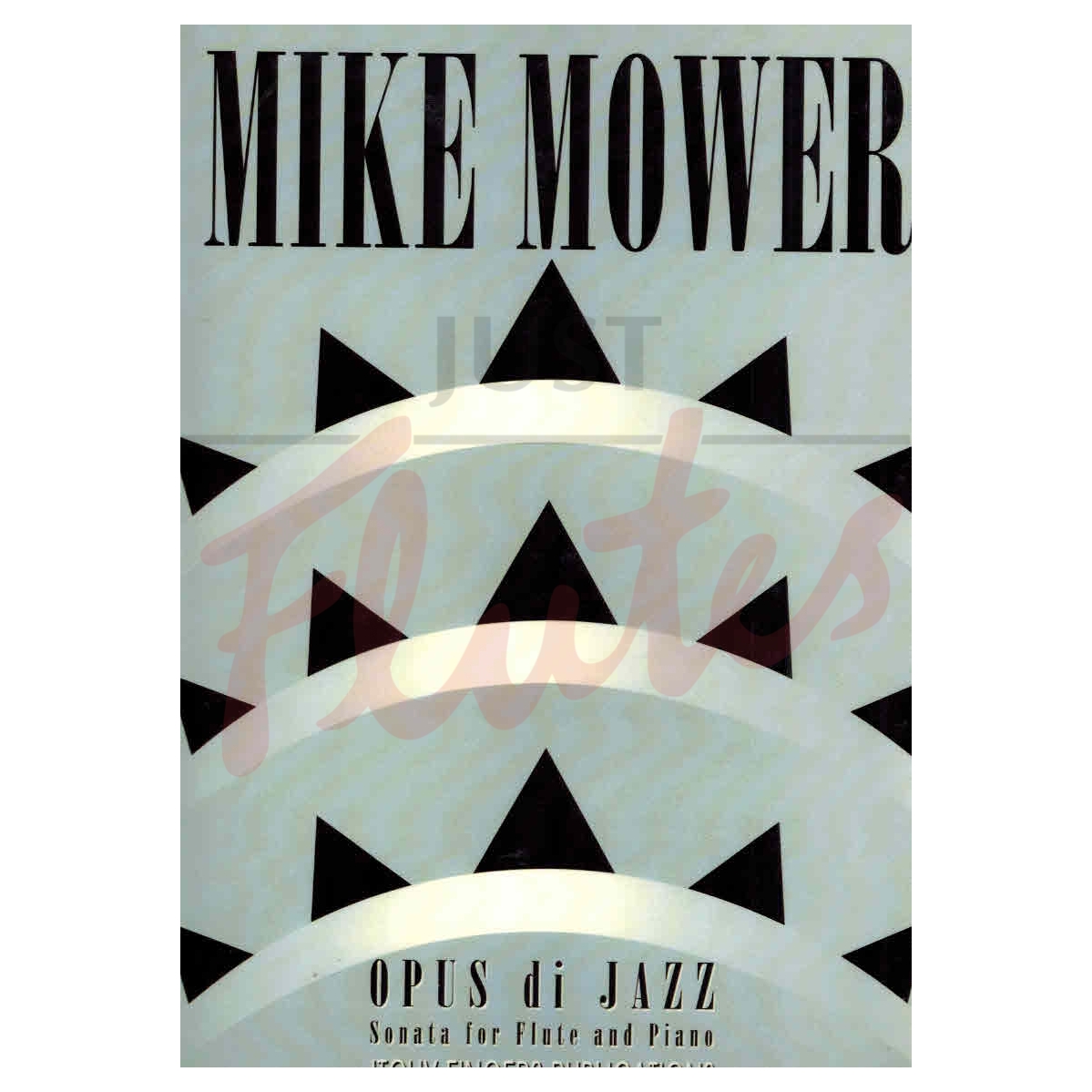 Written in 1997 as a "sequel" to Sonata Latino, Opus di Jazz is a major sonata for flute and piano. A three movement work of 15 minutes length, it has been highly acclaimed as an approachable, entertaining and above all playable work which is guaranteed to liven up any concert or recital.

I wrote "Opus di Jazz" in May '97 as a sequel to "Sonata Latino" for flute & piano. It's a sonata in 3 movements to be performed by classical musicians, but is intended to sound like a pair of improvising jazz musicians working out.

1. Cartoons (Shuffle) All composers need somewhere to start when writing something like a flute sonata, I opted this time round to dig out an old melody of mine which was a demo for a cartoon series! It's in a 12/8 shuffle feel giving scope for some double time feel flute lines with a big stride piano contribution at the end of the movement.

2. Ballad I wanted this sonata to be an integrated work for both instruments rather than a flute piece with piano accompaniment, and this movement features the piano. The piano solo is a homage to the great Bill Evans and the following flute solo seemed to flow in the same style. There is a quasi-classical treatment of the flute cadenza which leads back to the head.

3. Bluebop As its name suggests, this is a blues which I've treated with various be-bop and hard-bop chord changes. It starts with 3 choruses of unison "improvisation" before the flute leads into the head with a chorus of walking (!). Eventually the structure digresses a little, with the piano entering the realms of McCoy Tyner. A cameo appearance of the first movement theme leads to the finale unison line ending with a bluesy flute cadenza.