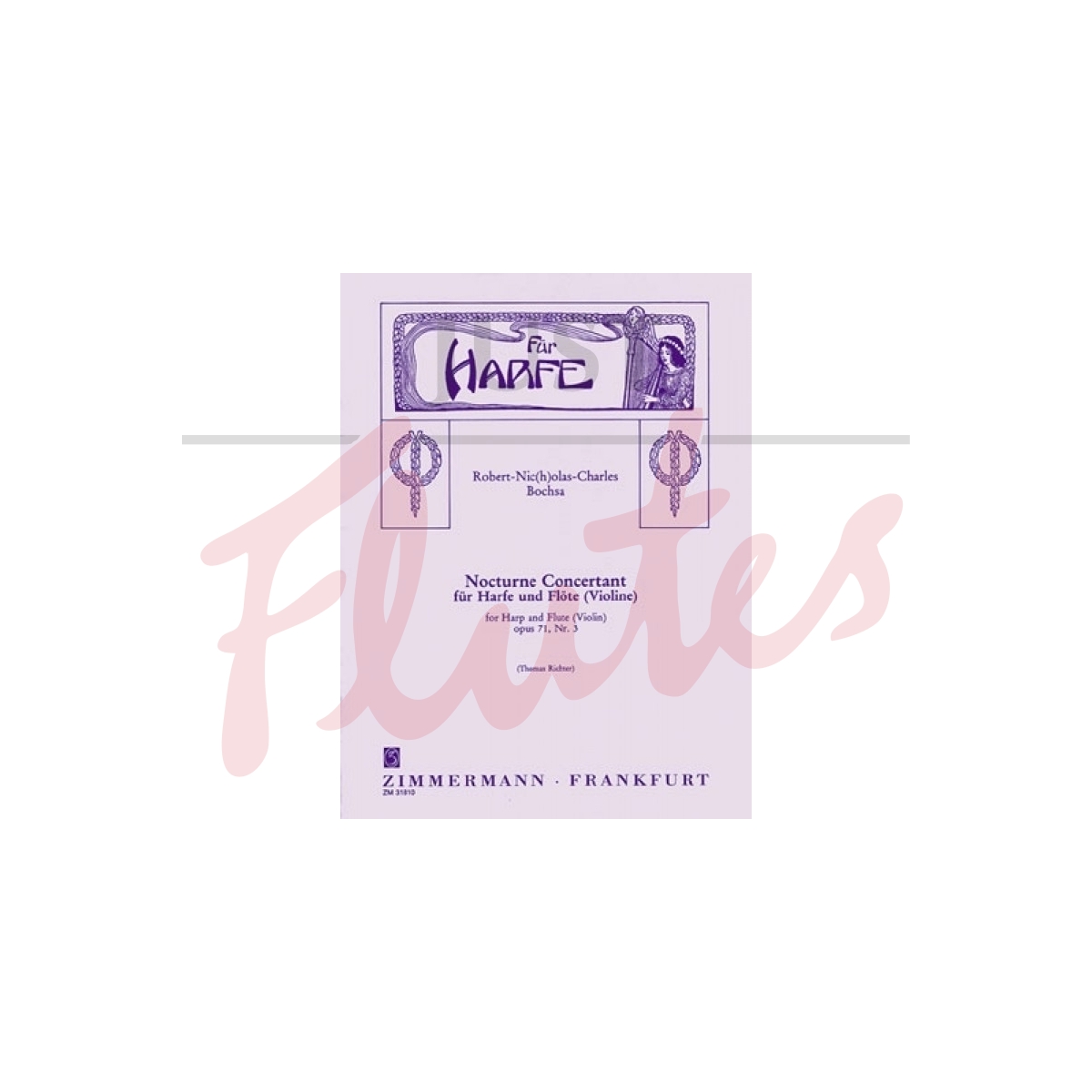 Bochsa, born in 1789, was a harpist and in 1813 he was engaged at the court of Emperor Napoleon and later at the court of King Louis XVIII. In 1822, at the founding of the Royal Academy of Music, he was named Professor of harp. In 1831 he began giving concerts. Bochsa expanded both the playing techniques and the sound possibilities of the new double-pedal Erard harp. He mainly composed pieces for his own instrument and for his concert tours.The nocturne presented here was written around 1818. The violin part was done by his contemporary, the chamber virtuoso Charles Philippe Lafont. Thus the new edition offers both possibilities of performance. The harp part can also be played on the piano.