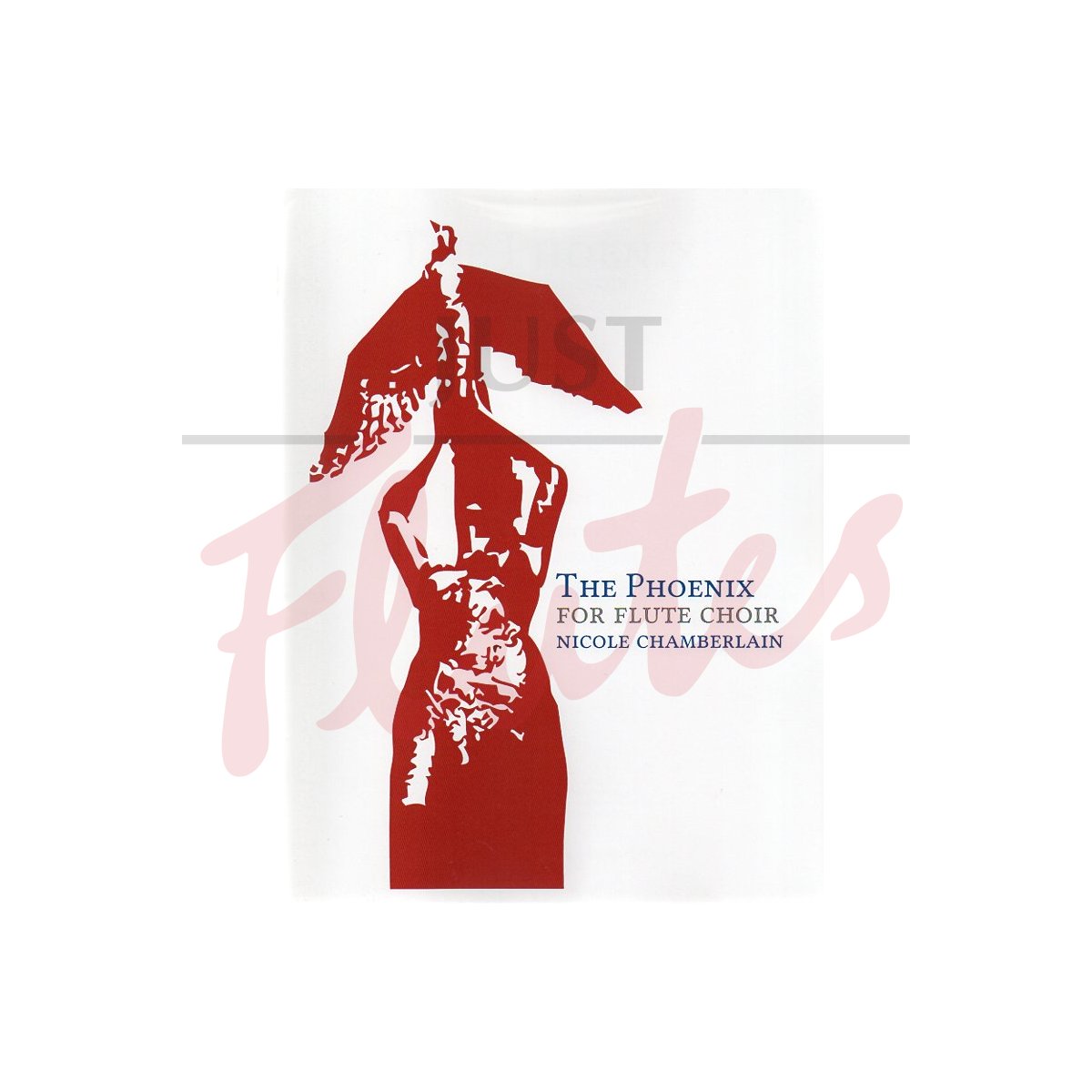 The Phoenix for Flute Choir

The Atlanta Flute Club commissioned Nicole Chamberlain to compose a fanfare to celebrate the 10th anniversary of the Atlanta Flute Club�s Flute Choir Extravaganza. A bronze monument by James Sieglar found in Atlanta�s Woodruff Park depicts a female figure holding the legs of a flying phoenix. The mythological creature of the phoenix is often used to symbolize Atlanta. After Atlanta was burned during the Civil War, the city rebuilt and today has become an important international city. This fanfare illustrates that flight of the rising and soaring phoenix.