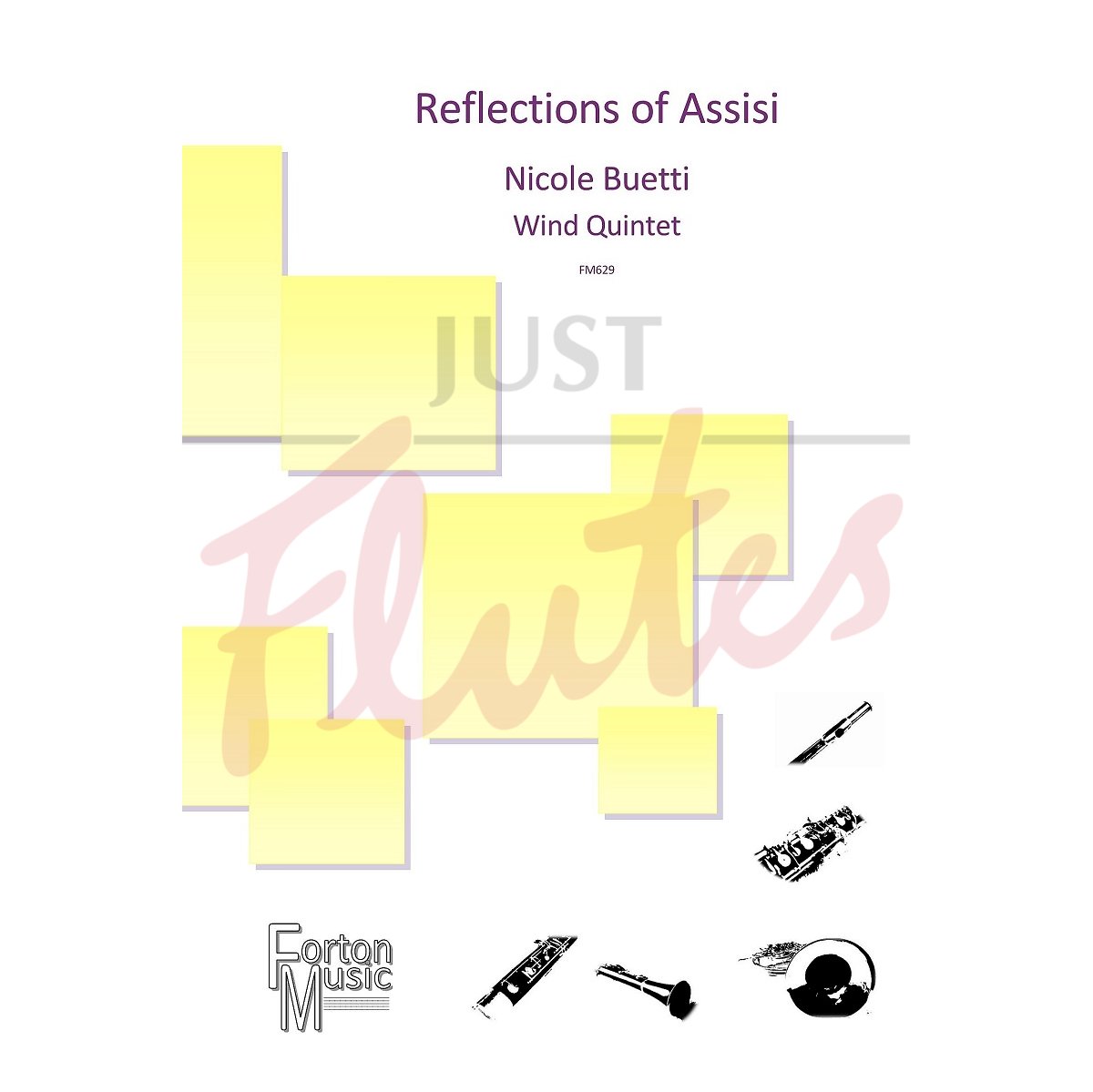 This piece was composed for the Assisi Performing Arts Festival woodwind quintet. It's made up of five movements, each reflecting a different aspect of the beautiful and mystical town of Assisi, Italy. Movement one, 'Sunrise', begins as the sun's light extends over walls and the many churches that adorn the mountainside. Movement 2 is entitled 'Tourists' and reflects the hustle and bustle of incoming visitors to the shops and chapels with imitations of car horns and the pandemonium of the crowds. The third movement is 'Monasteries'. As the orders of monks and nuns are called to Vespers, you can hear their voices from monasteries, chapels and churches throughout Assisi. A beautiful cacophony of sacred music rises above the town! The 4th movement is titled 'Rocca Maggiore' after the lookout post atop a great hill that looks out over the top of the city and across the valley. The hike up to this post is steep, but at the top you are rewarded with not only a spectacular view, but the songs of birds soaring over the town. The 5th and final movement is 'Sunset and Dinner with Family and Friends'. This movement symbolizes the end of the day as all the tourists are gone and the families and friends in Assisi sit down together for their delicious evening meals. Wine, incredible food and conversation close out the day as the sun sets behind the mountain. This piece was written as a tribute to one of the most spiritual and beautiful places in the world...Assisi, Italy.
Difficulty guide: 0-5
Difficulty level, roughly compared to ABRSM exam grades. 0 is beginner, 9 is advanced (beyond grade 8).