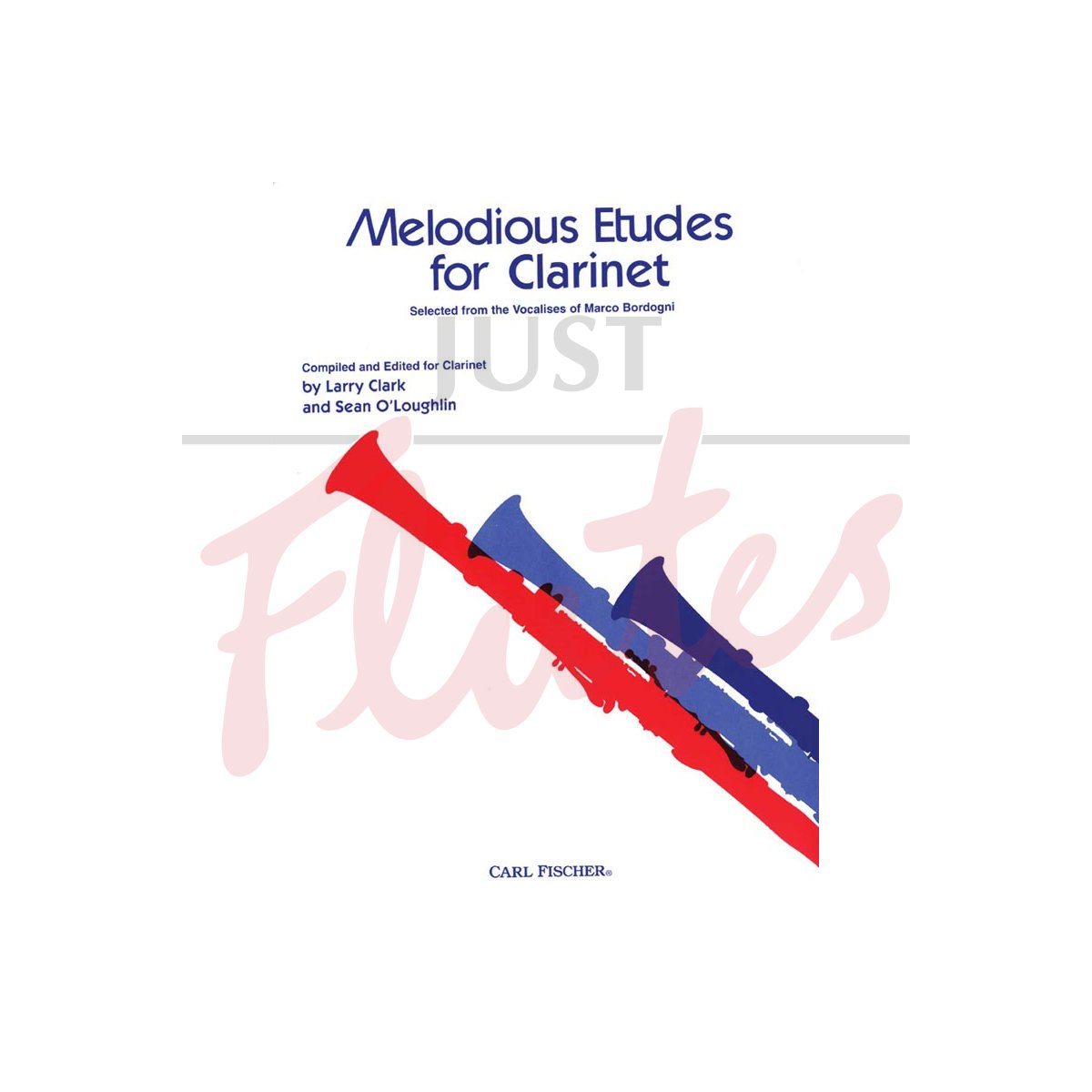 Marco Bordogni (1788–1856), a celebrated tenor of the early 19th century, wrote these vocalises during his later career as a teacher of singing. Transcribed and adapted by Joannes Rochut in three books, they became a cornerstone of the Trombone repertoire. Larry Clark and Sean O’Loughlin have chosen fifty-four of the most tuneful and expressive studies that fit the idiosyncrasies of the flute, clarinet and saxophone and presented them in a logical pedagogical sequence from etudes in the easiest keys and simplest rhythms to the more challenging and elaborate studies that occur later in the books Melodious Etudes for Clarinet, Melodious Etudes for Flute and Melodious Etudes for Saxophone are certain to become standard supplemental collections for the teaching of musicianship to wind players.