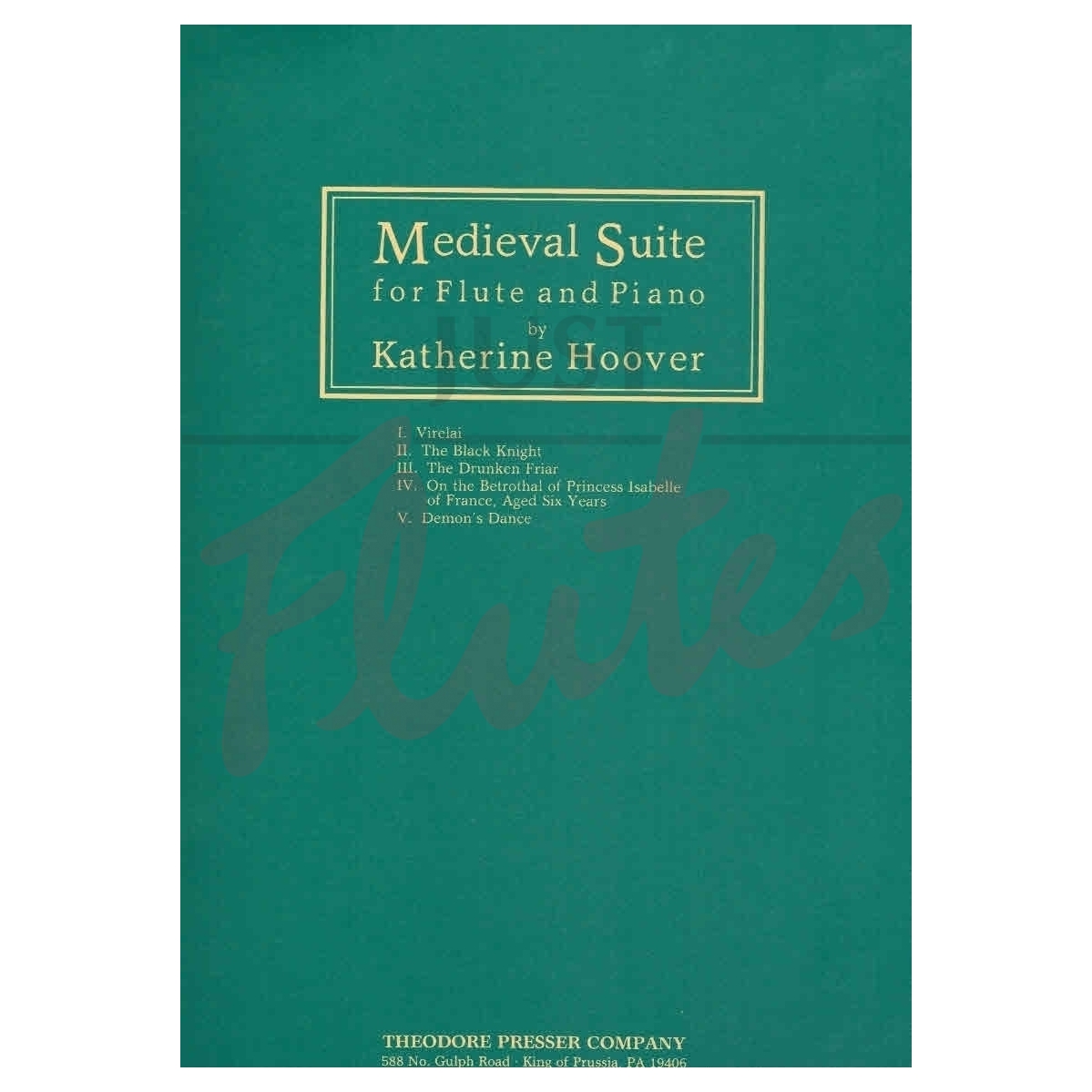 Medieval Suite for Flute and Piano

The Medieval Suite was inspired by characters and events described in Barbara Tuchman's A Distant Mirror, a history of fourteenth-century France. It was a violent, bitter century of extensive wars, and Ms. Tuchman sees it as something of a reflection of our own. The first movement, "Virelai", uses parts of a work in that form by Guillaume de Machaut, a French composer of that era. The "Black Knight" was a valiant, violent British prince, barred from his beloved fighting by a wasting disease. The fourteenth century was a low point for the Catholic Church with warring Popes in Rome and Avignon, and "the Drunken Friar" was apparently a common sight. In this movement I have freely adapted and embroidered a Gregorian chant and quoted a well-known round of the time, "Sumer is acumin in". "Princess Isabelle" describes a daughter of the King of France who was engaged at the age of six, sent to England to live permanently, and wed at twelve - a common fate for royal children. The "Demon's Dance" was a desperate marathon dance done by some in hopes of avoiding the Black Plague.