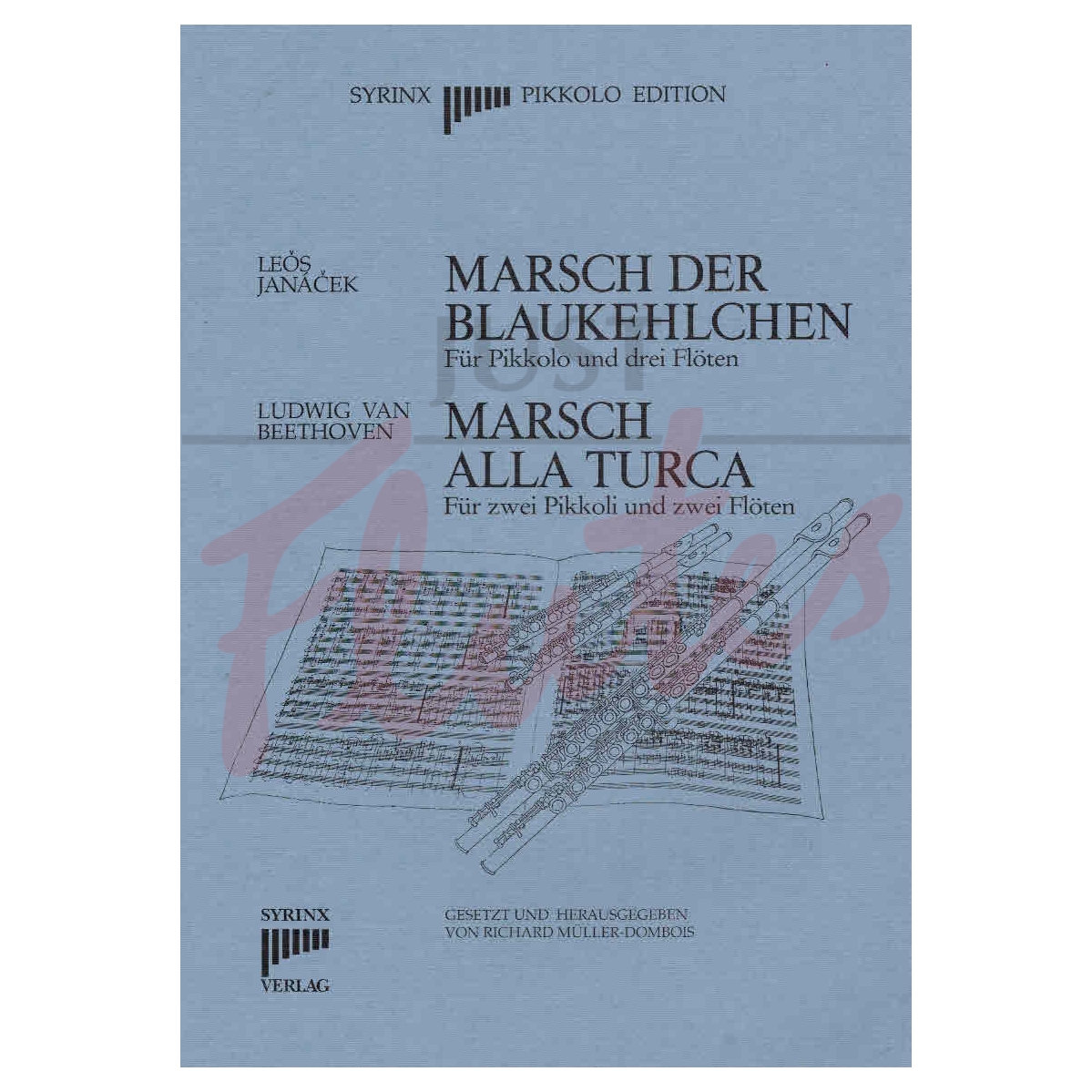 March of the Bluebirds/Turkish March

The March of the Bluebirds by Leos Janácek, written in 1924 and published in 1928, was written in memory of his choirboy training in Brünn. The piece refers both to the blue uniform of the choirboys, and to the rather vulgar music of the Prussian troops who invaded Brünn in Janácek's youth (1866). Originally composed for piccolo and piano, this adaptation for four flutes adds its own specific charm, and will undoubtedly further the performing chances of this defightful little piece.

Beethoven's Turkish March appears in the incidental music to "The Ruins of Athens" Op. 113 from 1811, based on a text frorn August von Kotzebue commissioned for the opening of the theatre in Pest. The fourth movement from a series of eight, the "Marcia alla turca", describes the passing by of Turkish troops, and is scored without voices.

The generous orchestration contains a piccolo - but no flutes - together with typical Turkish instruments: triangle, Cymbal and large tarnbourine. This adaptation for two piccolos and two flutes attempts to highlight this specific sound character in its own particular way.

The influence of the Turkish Music corps on the Prussian military music towards the end of the eighteenth century becomes most apparent when the Janácek and Beethoven pieces are combined in concert. This suggests a perforrnance as follows: Janácek - Beethoven - janácek. The added charm for the four flautists - each of the four players gets the chance to play the piccolo!