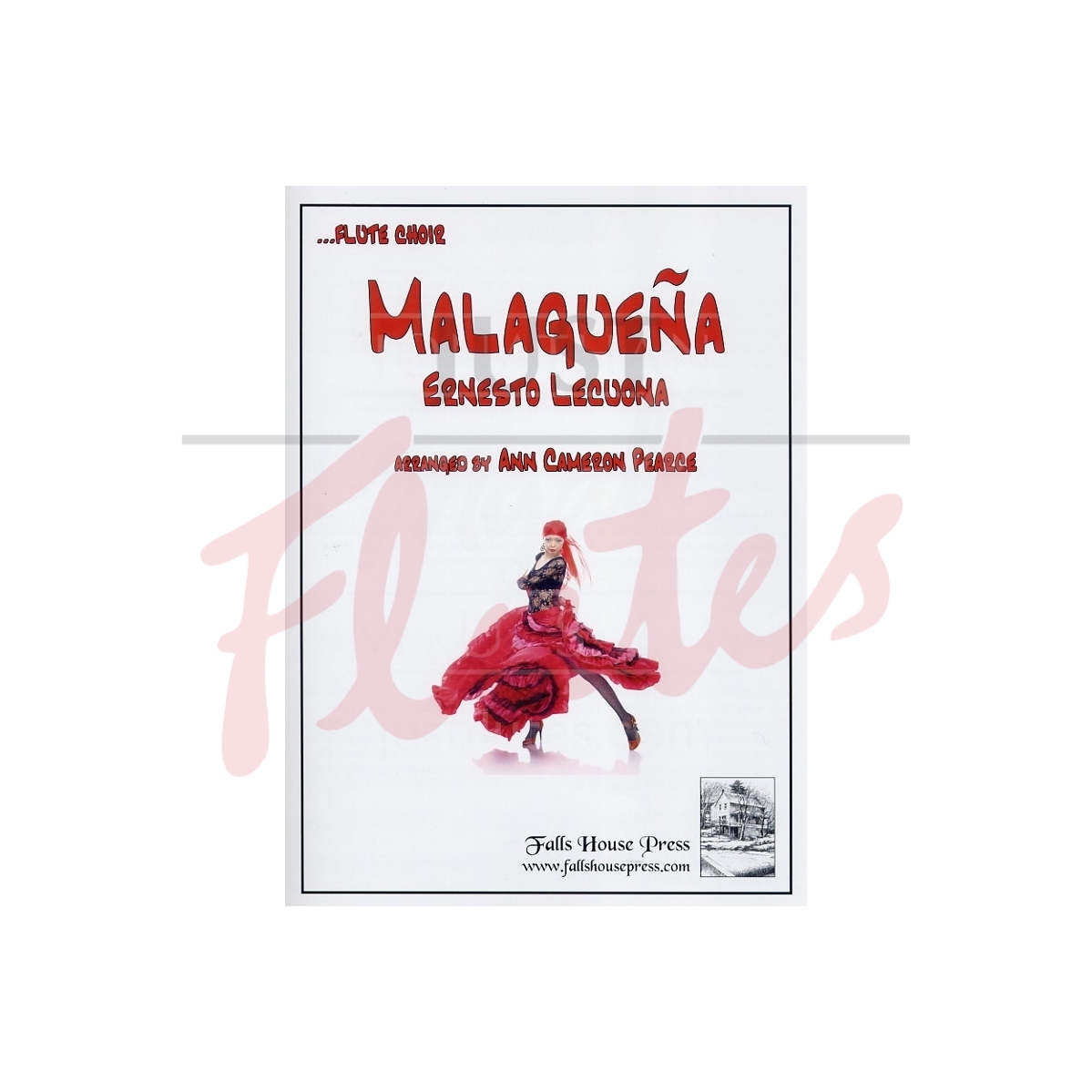 “Get those castanets out!”

Chris Hankin Just Flutes staff member - chrish@justflutes.com
This is a great flute choir piece by the 'Cuban Gershwin'. It's Flamenco in style with driving bass lines and familiar themes. Mini cadenzas punctuate the form with soloists in dialogue with the rest of the group. Anne Cameron Pearce has arranged this wonderfully (as usual) so it really works. You can use all C flutes but the addition of the piccolo and at least some lower instruments will obviously lift the texture. The only thing missing is a part for castanets!

Known as the Cuban Gershwin, 20th century composer Ernesto Lecuona wrote “Malaguena” as the sixth and final movement of his Suite Andalucia for piano, referring to the southern Spanish port city of Malaga. A flamenco piece, Ann Cameron Pearce’s arrangement of Malaguena is a delightful study in contrasting tempi and styles, with impish themes, driving basslines, frivolous arpeggios and a dramatic flair. For advanced ensembles.