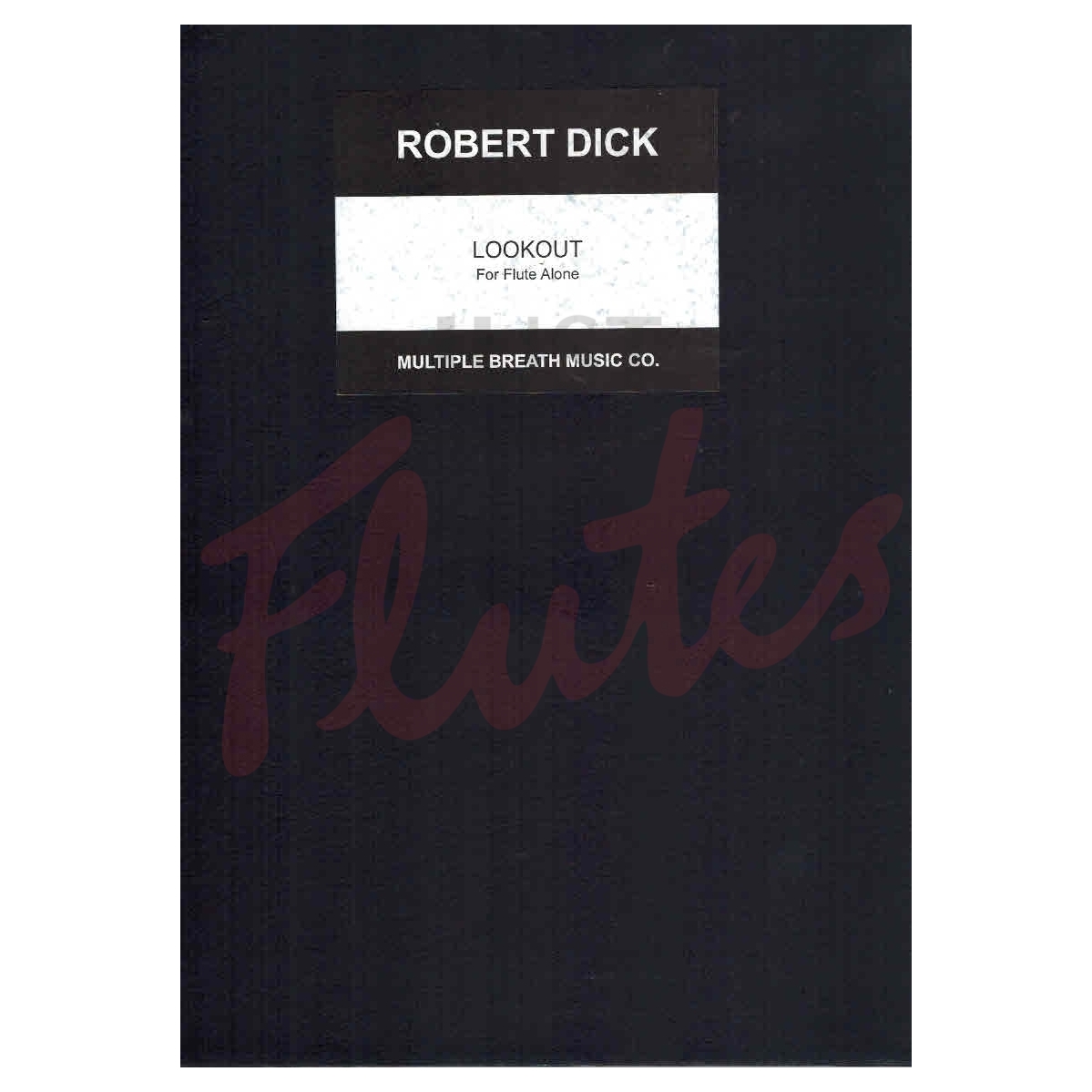 LOOKOUT (1989) is Robert Dick’s most popular piece! For flute alone. Commissioned for the 1989 National Flute Association’s High School Flute Soloist Competition, Lookout is a tonal, melodic rock solo for flute that uses singing and playing and easy multiphonics. Lookout has been played by over a thousand flutists all over the world.  Inspired by 1960s and 70s rock, Lookout is the first in Robert’s series of solo flute pieces inspired by American popular musics.