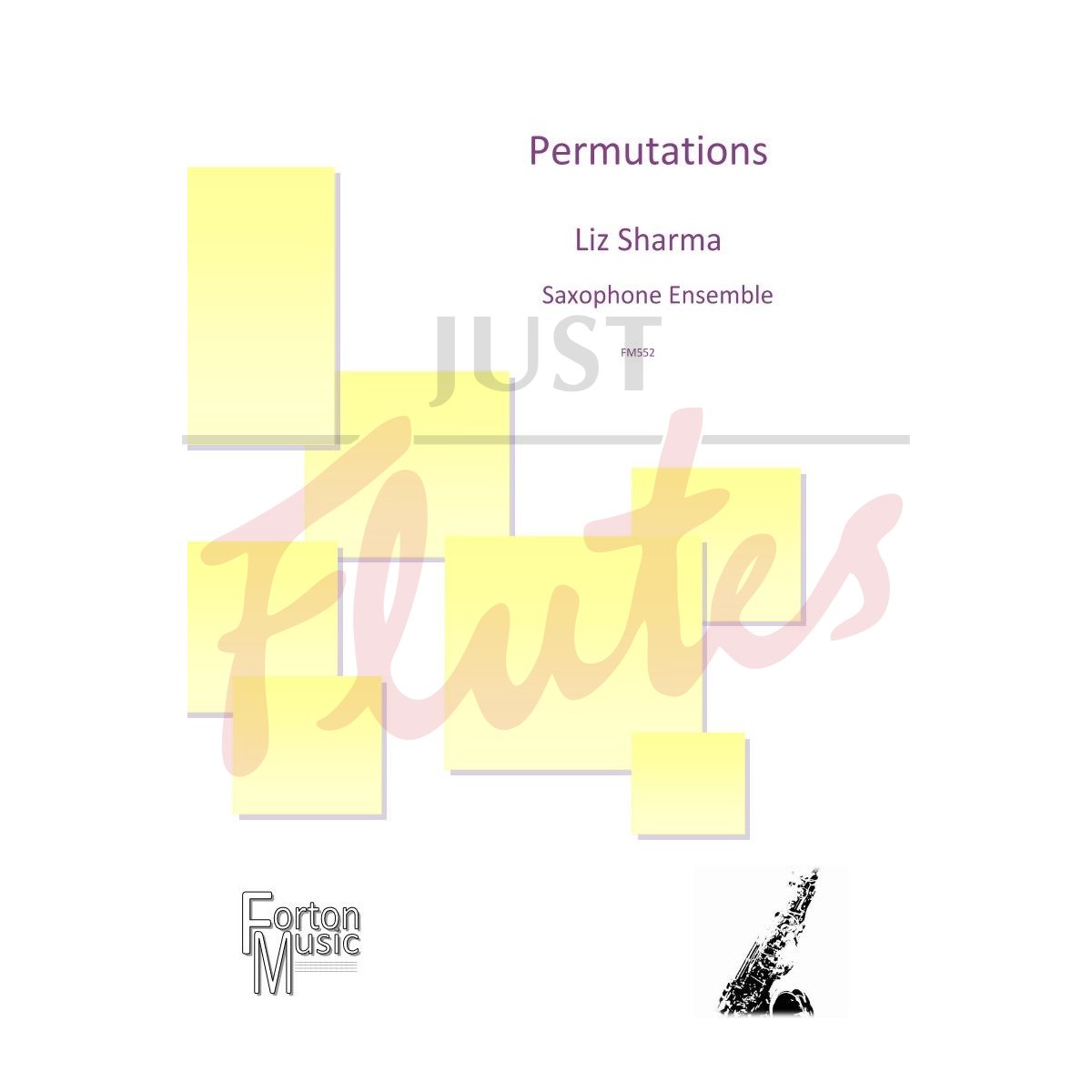 Permutations was originally written for the Hampshire Double Reed Ensemble, then directed by Andrew Knights, and it's first performance was at a double reed day at Trinity College of Music. Since then, other versions have been produced as it is effective for several combinations of wind instruments. The title refers to the fact that the various instruments perform with each other in different combinations at different times - in other words, in different permutations. There are also passagess where everyone plays, but the musical themes are passed around, and varied as the piece progresses, and all parts get an equal share of the action. The last movement, the Samba, is supposed to be an enjoyable romp, with light hearted passages for duets and trios amongst the tutti sections.
Difficulty guide: 0-4
Difficulty level, roughly compared to ABRSM exam grades. 0 is beginner, 9 is advanced (beyond grade 8).