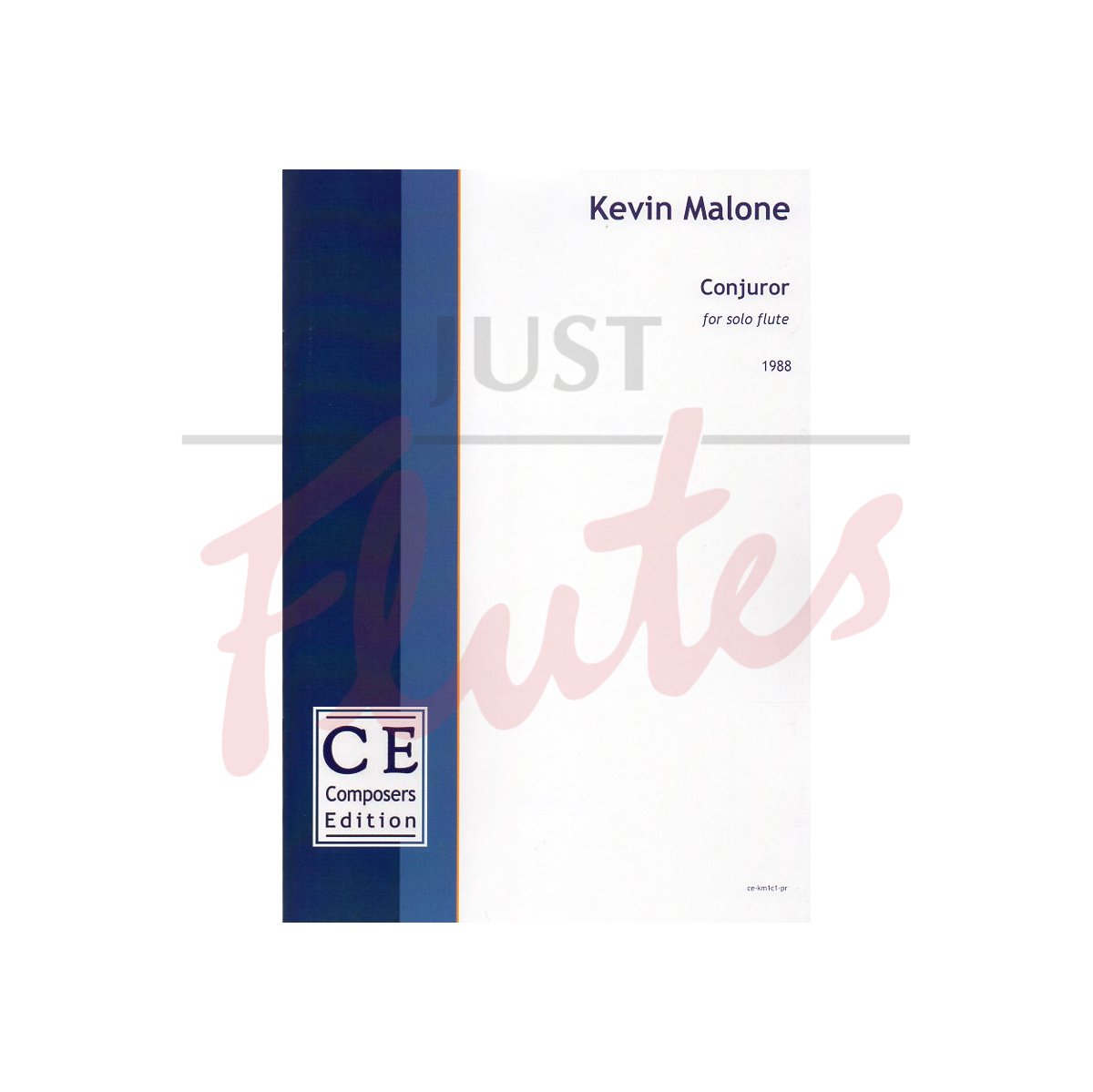 Conjuror seeks the otherworldly, the unnamed - the very nature of music itself. The solo flautist is to summon up intangible fragments of possibly-known but out of reach memories, with the occasional dramatic sweeping away all that came before to start a new spell. Like with all conjuring, there are smoke and mirrors, and the piece concludes by evaporating before your very ears.

Conjuror was premiered in London by Rowland Sutherland in 1992 as part of the 25th anniversary of the founding of the British Music Information Centre. I was fortunate to be the only composer who had two works selected for this anniversary, the other being Temptation Music for mixed septet, played by Jane's Minstrels.