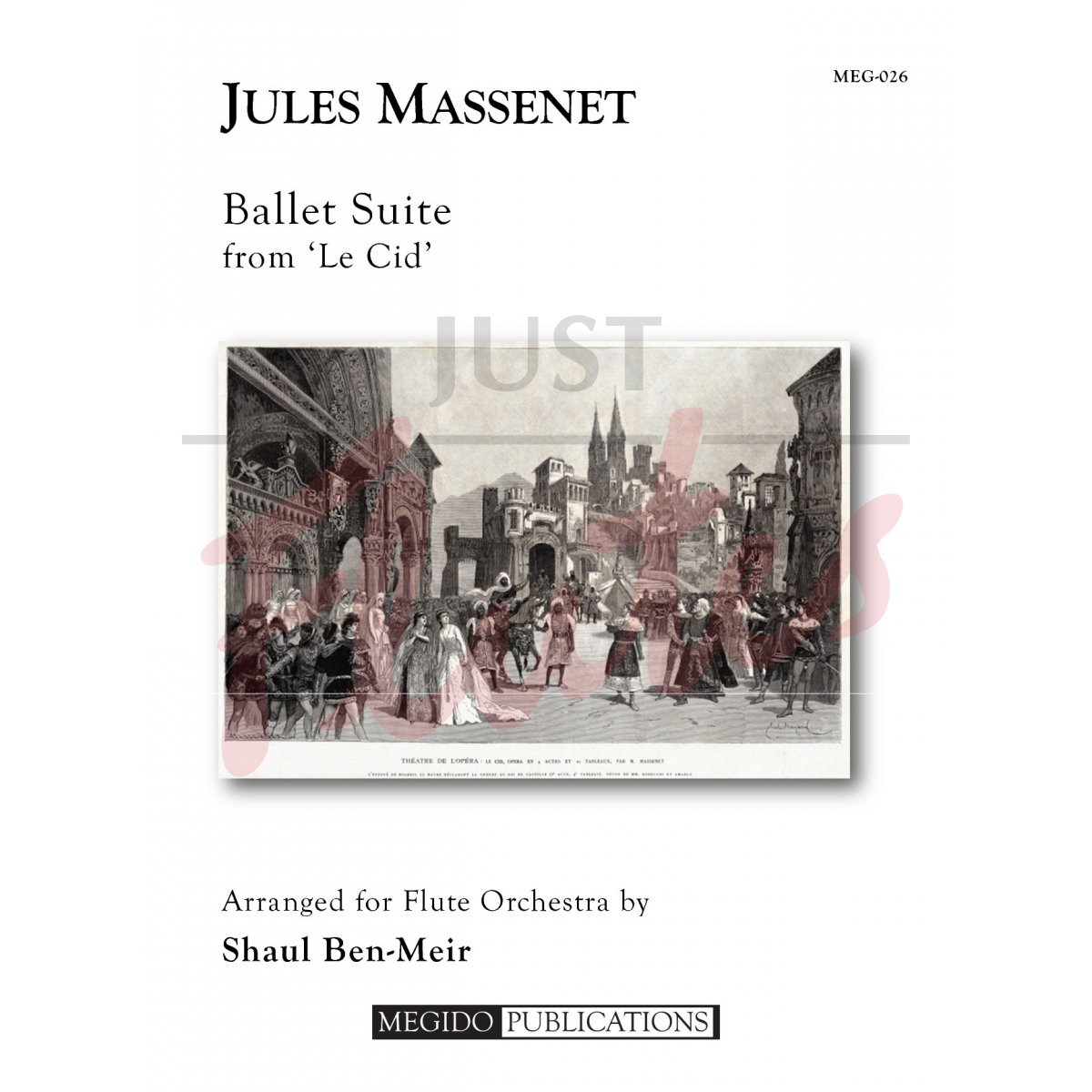 The ballet suite from the second act of of the opera Le Cid is one of Massenet's most highly-regarded works for orchestra. Set in 12th century Spain, the subject matter of the opera is the exploits of Don Rodrigue (Le Cid) as he battles against the Moors and fights for the woman he loves. The dance movements suggest the vibrant sounds and rhythms of Spain.  This arrangement includes six of the seven movements of the original work.