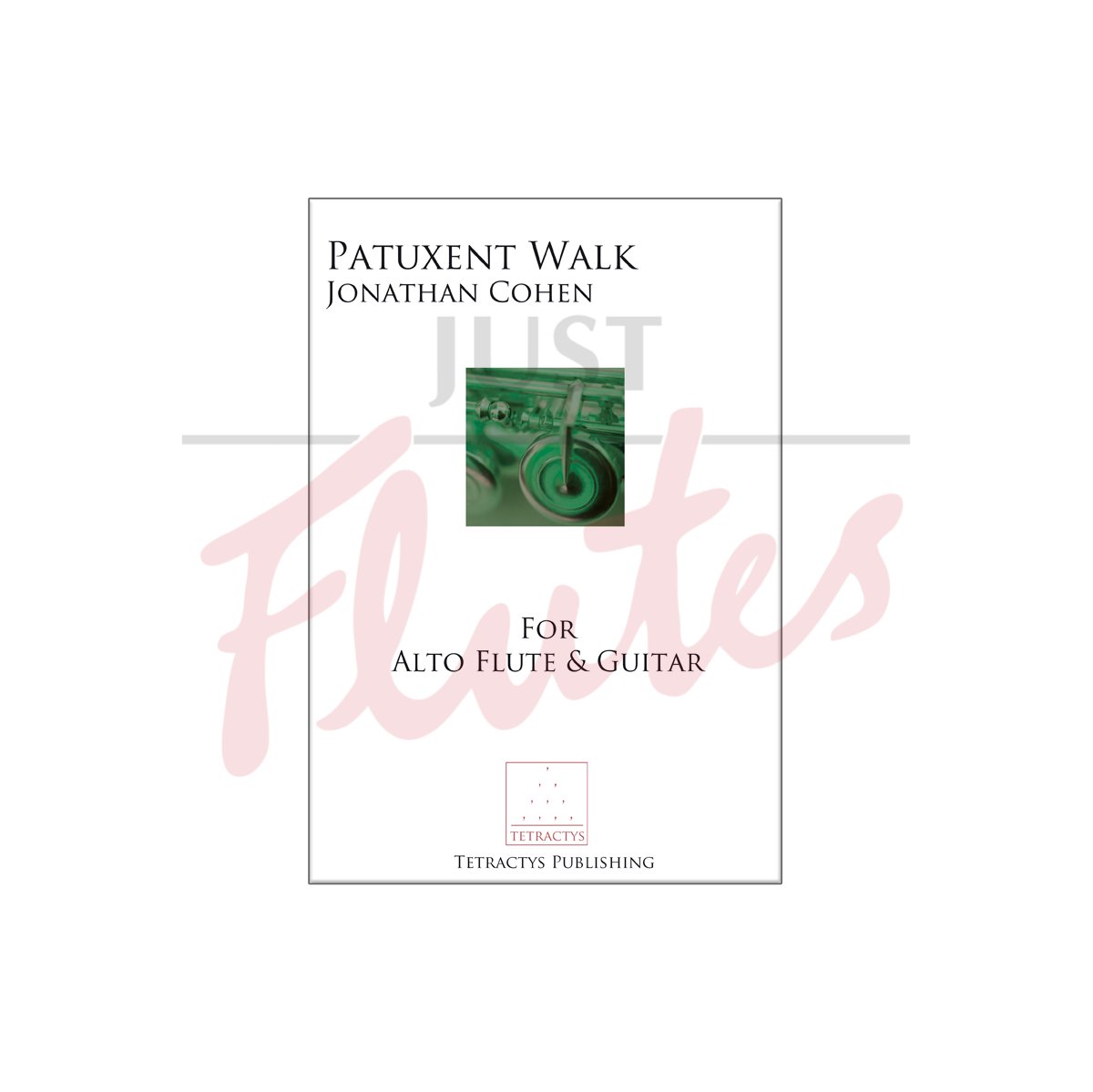 Impressions from a Walk Along the Upper Patuxent River
Commissioned by the Friedman-Wysong Duo.
Guitar part edited by Bob Wysong


Where the Patuxent River forms the boundaries between Howard and Montgomery Counties in Maryland, I took a walk. I reveled in the quiet green freedom of the outdoors. Moving down the river westward from what is now MD 97, I followed the waters as they curved through hardwood forest and rock, past mountain laurel and fern. Suddenly, the river opened into what is now the Triadelphia Reservoir. The reservoir is named for the town of Triadelphia, now at the bottom of the reservoir, surfacing only during severe droughts. But there was plenty of water that day, and the reservoir was wide, peaceful and beautiful.

Reflection at the Bend in the River
Where the Patuxent River forms the boundaries between Howard and Montgomery Counties in Maryland, I talk a walk along the river. Pausing at a bend, I sit on a rock and stare into the current. I am lost in thought as my own reflections mix with those on the river.

Outside at Last
As I bound along the twisting path with joy, I revel in the sun on the leaves and the quiet green freedom of the outdoors.

The River Opens
Moving down the river westward from what is now MD 97, I follow the waters as they curve through hardwood forest and rock, past mountain laurel and fern. Suddenly, the river opens into what is now the Triadelphia Reservoir.

Song for Triadelphia
This movement is a requiem for the town of Triadelphia – a thriving place in its time, home to four mills and 400 people, now at the bottom of the reservoir formed by flooding its lovely valley. Wistfully, the music recalls the lost town named for three Brooke sisters. In the middle of the movement, the music briefly returns to happier thriving days of Triadelphia, then is brought back to the present time, leaving the town to recede in tender, bitter and sad memories.

Dance of the Leaves on the Water
A single leaf falls in a spiral, hesitates in an updraft, then settles on the river, where it is drawn into a jib already in progress, joining the other leaves as they rush, circle, slow and pass each other in eddies.