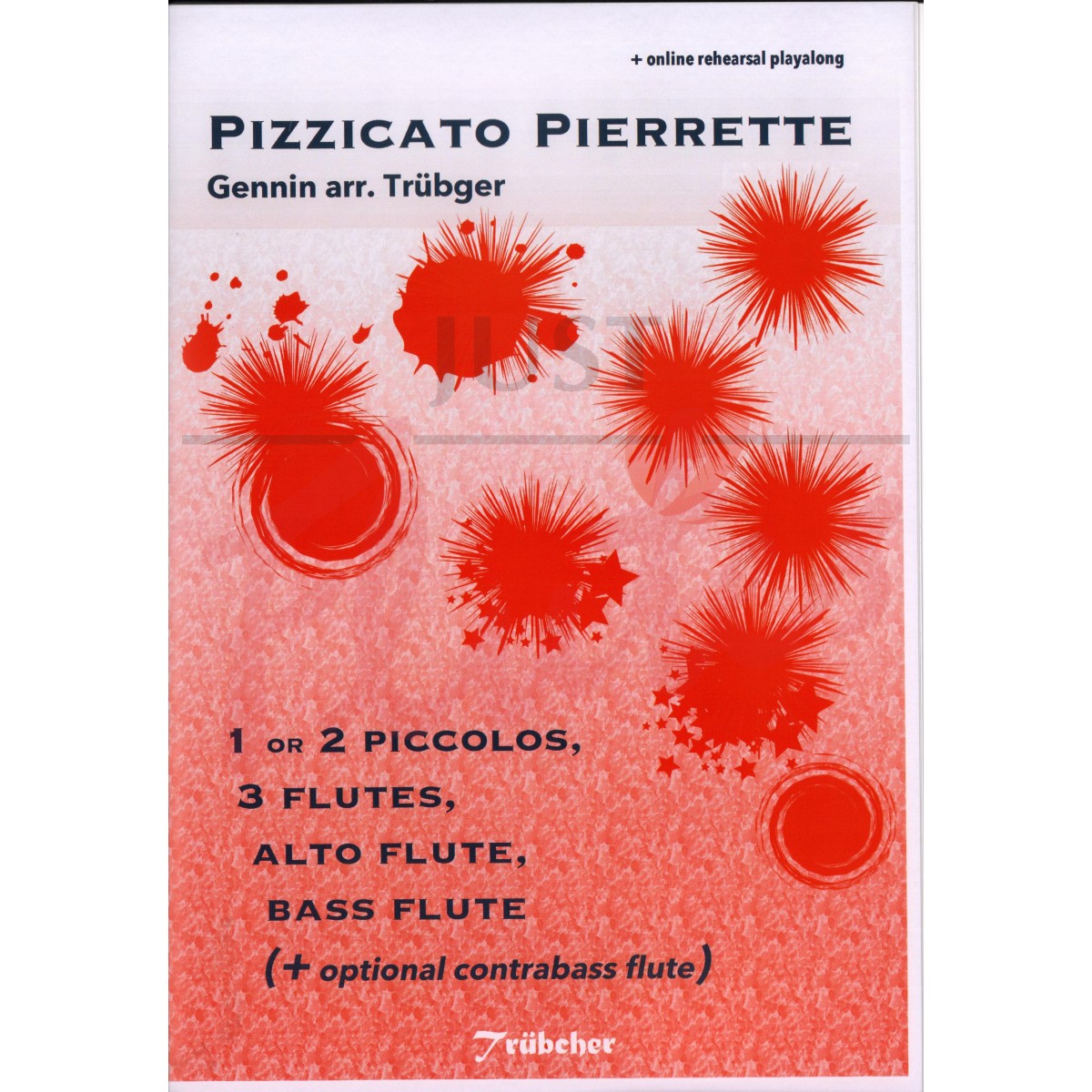 Roz's notes: A fun accompanied duet for piccolo players! Lively music that will be a hit with performers and audiences.

Light music for flutes composed by a master of the genre. Originally composed by Jean Gennin as a piccolo solo, and then adapted by him to perform as a piccolo duet with his brother Pierre accompanied by the strings of the Bournemouth Municipal [Symphony] Orchestra. This latest edition keeps the original piccolo parts and has the accompaniment transcribed for flute choir by Roz Trubger. Jean Gennin and his brother Pierre were the flute section of the Bournemouth Orchestra,early stars of British Broadcasting with their performances of Jean's works,and enormously popular with audiences. Entertainers par excellence, they always included visual entertainment, such as staging mock sword fights with their flutes during bars rest