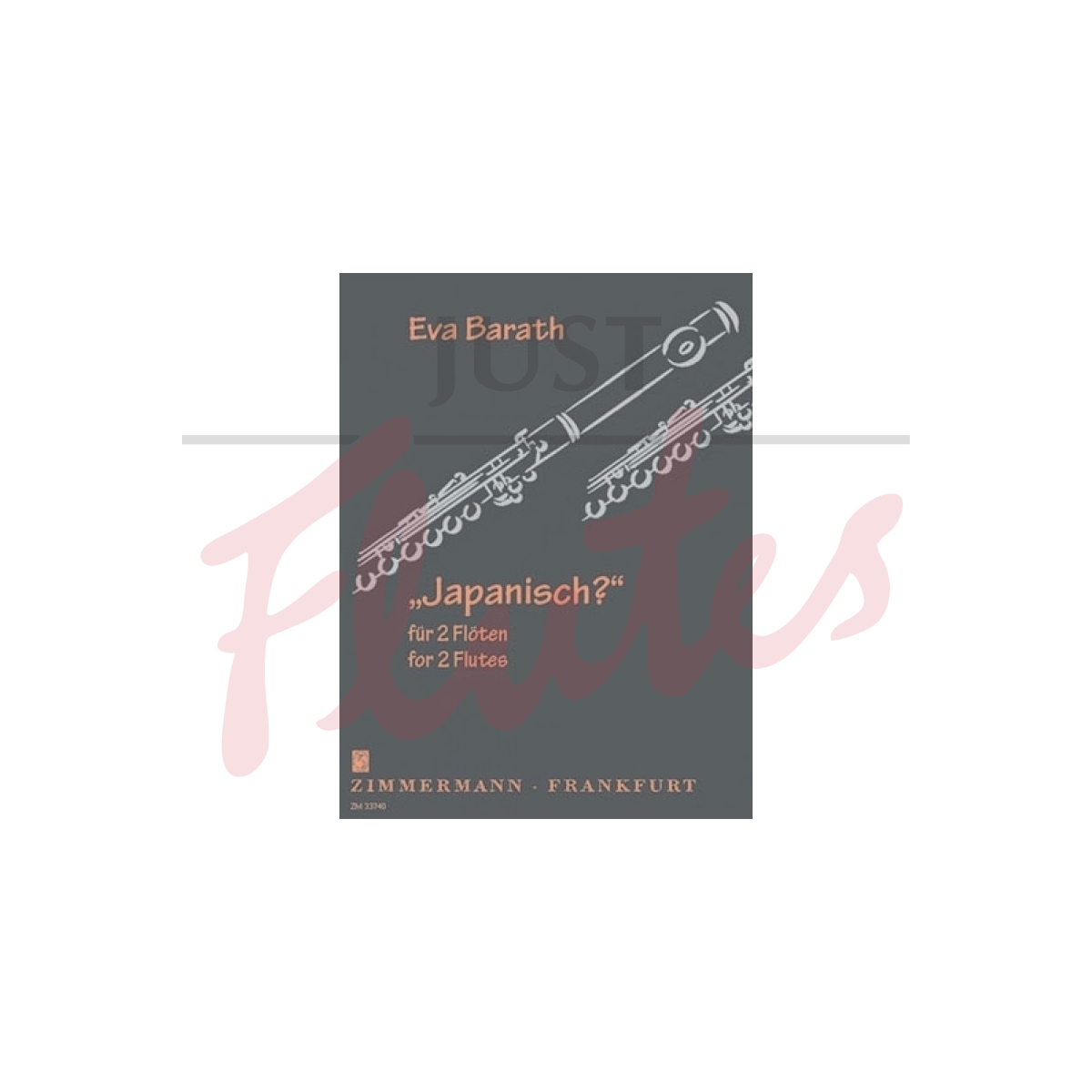 The composition "Japanese?" was written during the author's scholarship time at the Cité International des Arts in Paris. The source of inspiration was a walk through the Japanese garden Albert Kahn. After this impressive incident, Eva Barath devoted herself to traditional Japanese music, focusing particularly on the Japanese court music that prevailed during the Nava period (around 800 A.D.) and was called Gagaku. The composition presented here is based on a scale from that time.