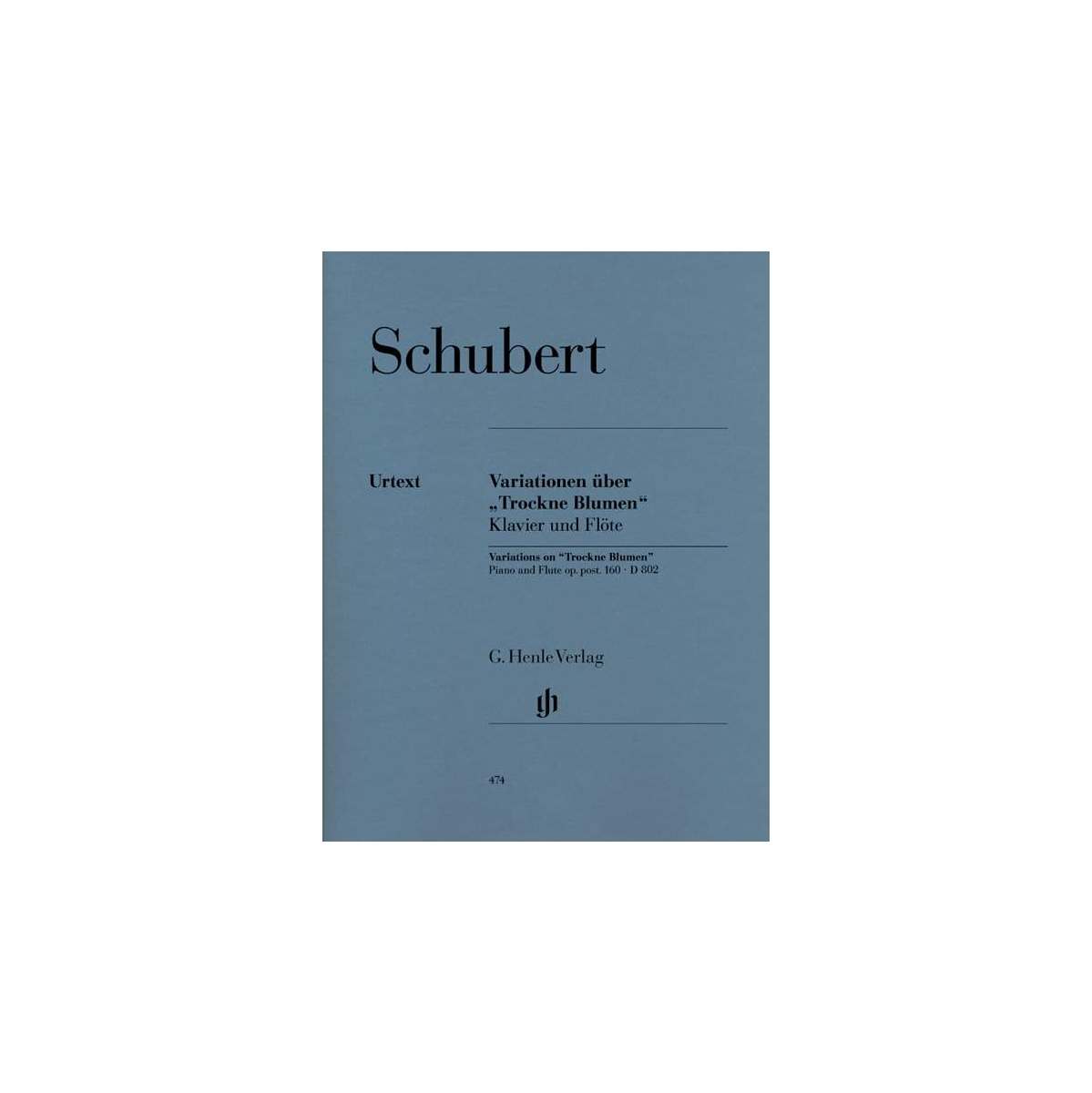 Just as in his “Trout” Quintet (D 667), “Wanderer” Fantasy (D 760), and string quartet “Death and the Maiden” (D 810), in the flute variations on “Trockne Blumen” (D 802) Franz Schubert employs one of his songs as the thematic basis of an instrumental composition. “Trockne Blumen” (Dried Flowers) is the eighteenth song from the cycle “Die schöne Müllerin” (D 795), composed in autumn 1823. In January 1824, before publication of all of the Müller songs that summer, the Theme and Variations in E minor for flute and piano were written, prefaced by a weighty introductory section. The work remains Schubert’s single and singular virtuoso composition for flautists: tremendously difficult for the flute to play, and, incidentally, sometimes very tricky for the piano to “accompany.” Schubert’s much-reworked autograph manuscript is the sole authoritative source for our Urtext, as it demonstrably served as the engraver’s copy for the posthumously published first edition. One of the variations he crossed out entirely – the Henle Urtext edition reproduces it, more for informational purposes than for performance, in the appendix.

Just as he did in the “Forellen”-(Trout-) Quintet (D 667), the “Wanderer” Fantasy (D 760) and his string quartet “Der Tod und das Mädchen” (Death and the Maiden), D 810, Schubert, for his Variations on “Trockne Blumen” (Dried flowers), D 802, took one of his own lieder as the basis for a piece of instrumental music. “Trockne Blumen” is the eighteenth lied in his song cycle “Die schöne Müllerin” (D 795), written in autumn of 1823. In January 1824, even before the “Müllerin” cycle had been published (it appeared in summer 1824), Schubert wrote a set of variations in E minor on this lied for flute and piano, prefacing it with a large-scale introduction.

Nothing is known about Schubert’s immediate reasons for composing this piece, perhaps the most significant work in the nineteenth-century literature for flute. It may conceivably have been proposed, and its composition supervised, by a flautist among Schubert’s circle of friends, for example by Ferdinand Bogner, a teacher at the Vienna Conservatory. Whatever the case, the autograph manuscript contains a large number of corrections; moreover, Schubert added the particularly extravagant variation no. 5 at a later date and subsequently gave its flute part a thorough reworking (the original version appears in the appendix).