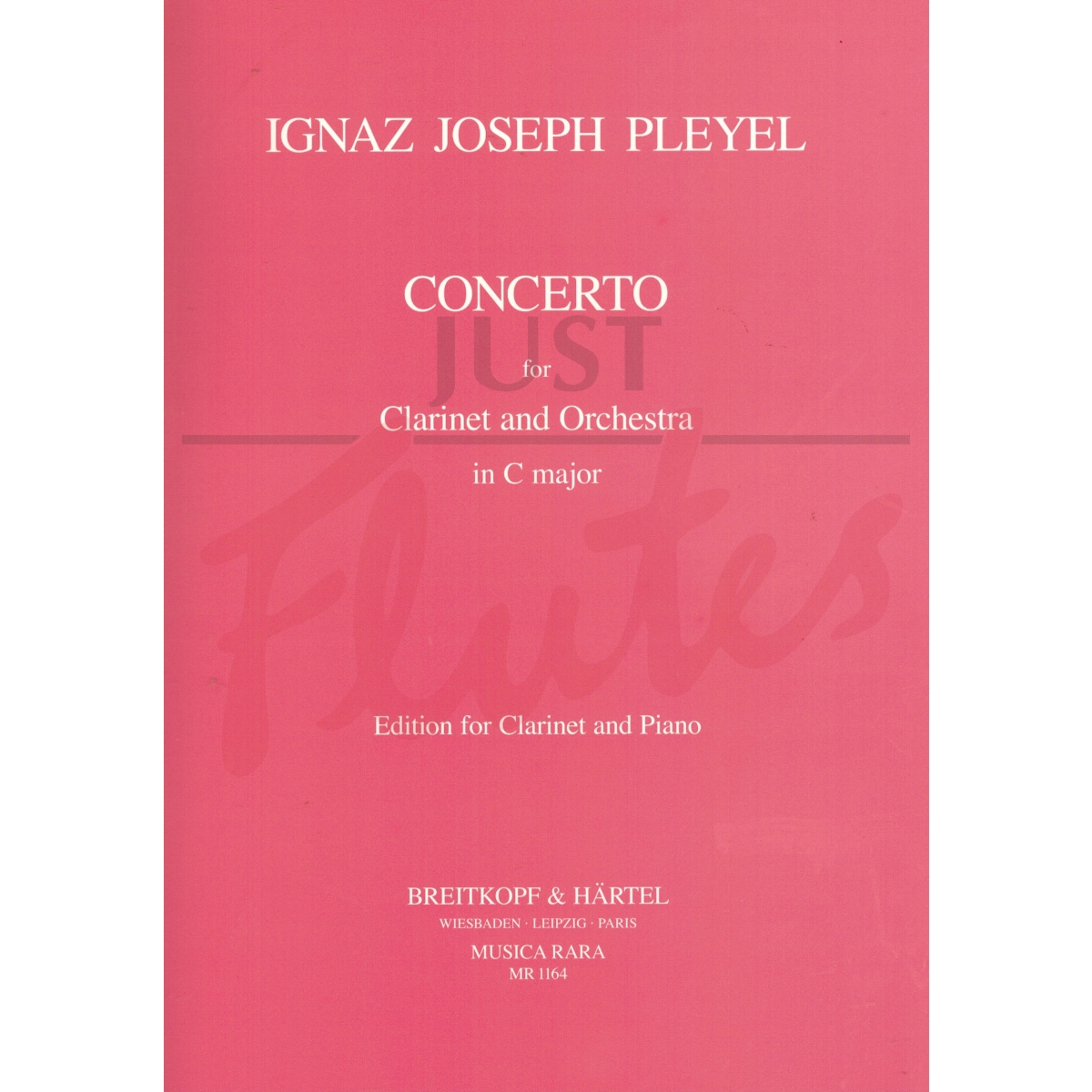 Ignace Joseph Pleyel (1757-1831) is best remembered today for the piano firm in Paris which he founded and which bears his name.  But as a pupil of Vanhal and Haydn he was in his youth looked upon, even by Mozart, as a possible successor to Haydn himself.  He was a prolific composer, perhaps too prolific for the good of his later reputation, but this clarinet concerto will be found to be astonishing in many ways when one remembers the time at which it was written, for even without the consideration that it was composed before 1797 it is a virtuoso work for the clarinet showing an understanding of the instrument comparable to that of Mozart and Weber.

The present edition is based on two copies of the work to be found in the British Museum.  In the Hirsch Library there is a lithographed set of parts which were published "chez. M. Falter" of Munich and have been dated 1797, and in the King's Music Library an edition by J.J. Hummel in Berlin of about 1800.  The two sets are very similar even to including the same mistakes, but the Hummel is generally clearer and more consistent and has been used for preference especially in the case of slurs.  A single F has been indicated for all loud passages since F and FF are used indiscriminately in both.  Obvious mistakes have been corrected without comment.

The concerto was written for the clarinet in C, an instrument capable of the kind of agility associated more with the flute.  Consequently in this edition for clarinet in Bb it has been thought preferable to add more slurs than would have been entirely in keeping with the practice of the period, in order to make possible the correct tempo for the music.  The separate clarinet part has been edited for this performance.  Markings in the early editions can be seen in the piano score.  Cadenzas have been added.  The piano part is an adaptation rather than a strict reduction of the orchestral parts and has been phrased as such.  However, all dynamics which have been added to confirm with the edited clarinet part are enclosed in brackets.