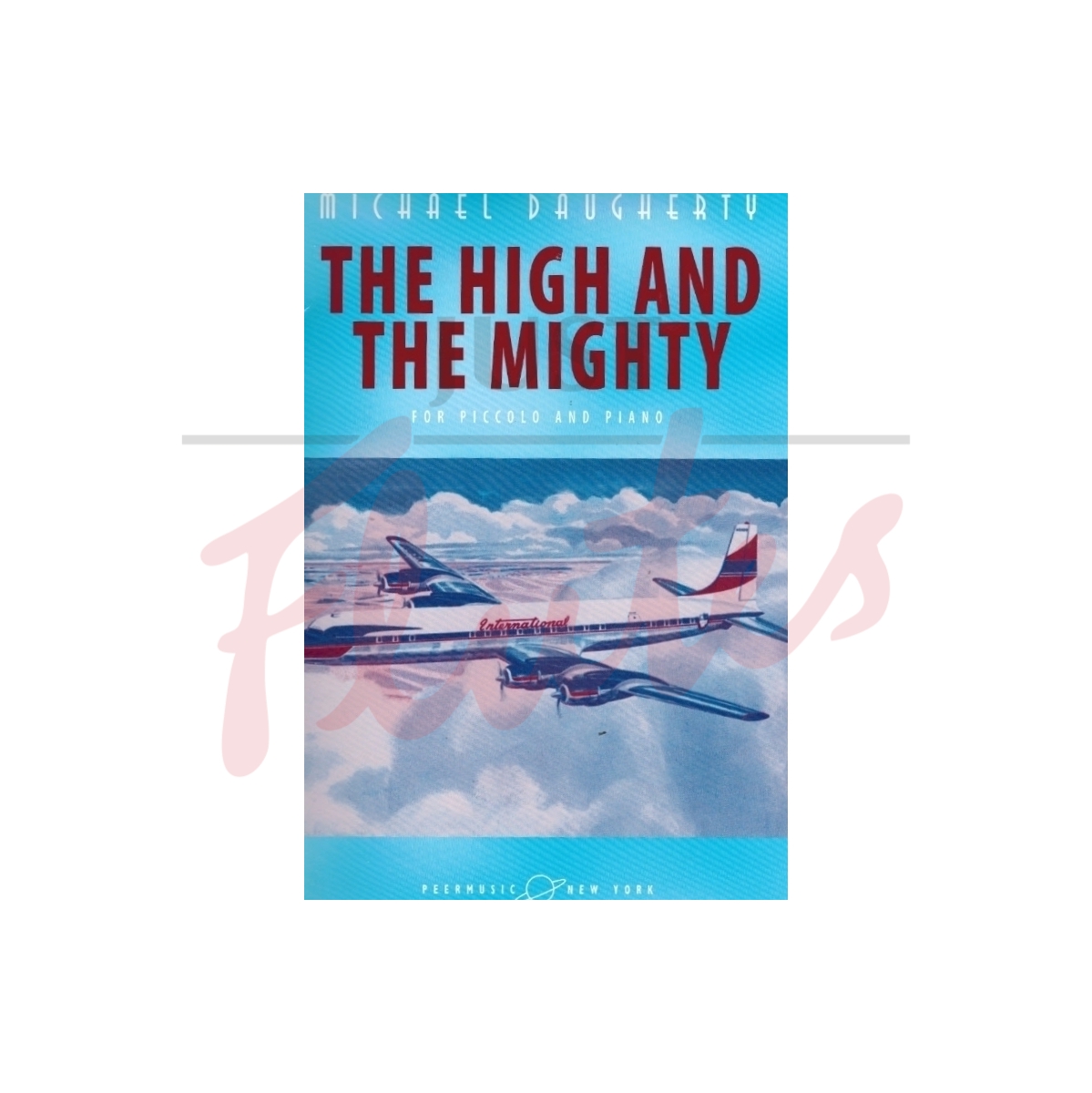 The High and the Mighty

Commissioned by the National Flute Association, The High and the Mighty has become a staple of the piccolo repertoire. The work is inspired by the years following World War II in America (1945-1961), when air travel was considered luxurious and glamorous. The work is in two movements - the first features a soaring, lyrical tune that is flutter-tongued; the second begins with an angular cadenza that is followed by a robust high-altitude bossa nova.

“The High and the Mighty” for piccolo and piano was written for a special concert celebrating the life and career of John Krell, an extraordinary solo piccoloist and member of the Philadelphia Orchestra flute section from 1952 until his retirement in 1981. My composition is inspired by the years after World War II in America (1945-1961), when air travel was considered luxurious and glamorous. Passengers dressed in their finest clothes and eagerly boarded spacious airplanes, which transported the entire family to exotic locations halfway across the world. Before the days of overbooking and hijackings, departing passengers checked in their baggage without long lines, security checks and x-ray machines. Also during this time, going to the local airport was a national pastime. On weekends families visited security-free airports to shop, dine, relax, and watch airplanes land and takeoff from observation decks overlooking the runway. “The High and the Mighty” is in two movements. The first features a soaring, lyrical tune flutter-tongued by the piccoloist; the second begins with an angular piccolo cadenza, which is followed by a robust high-altitude bossa nova. - Michael Daugherty