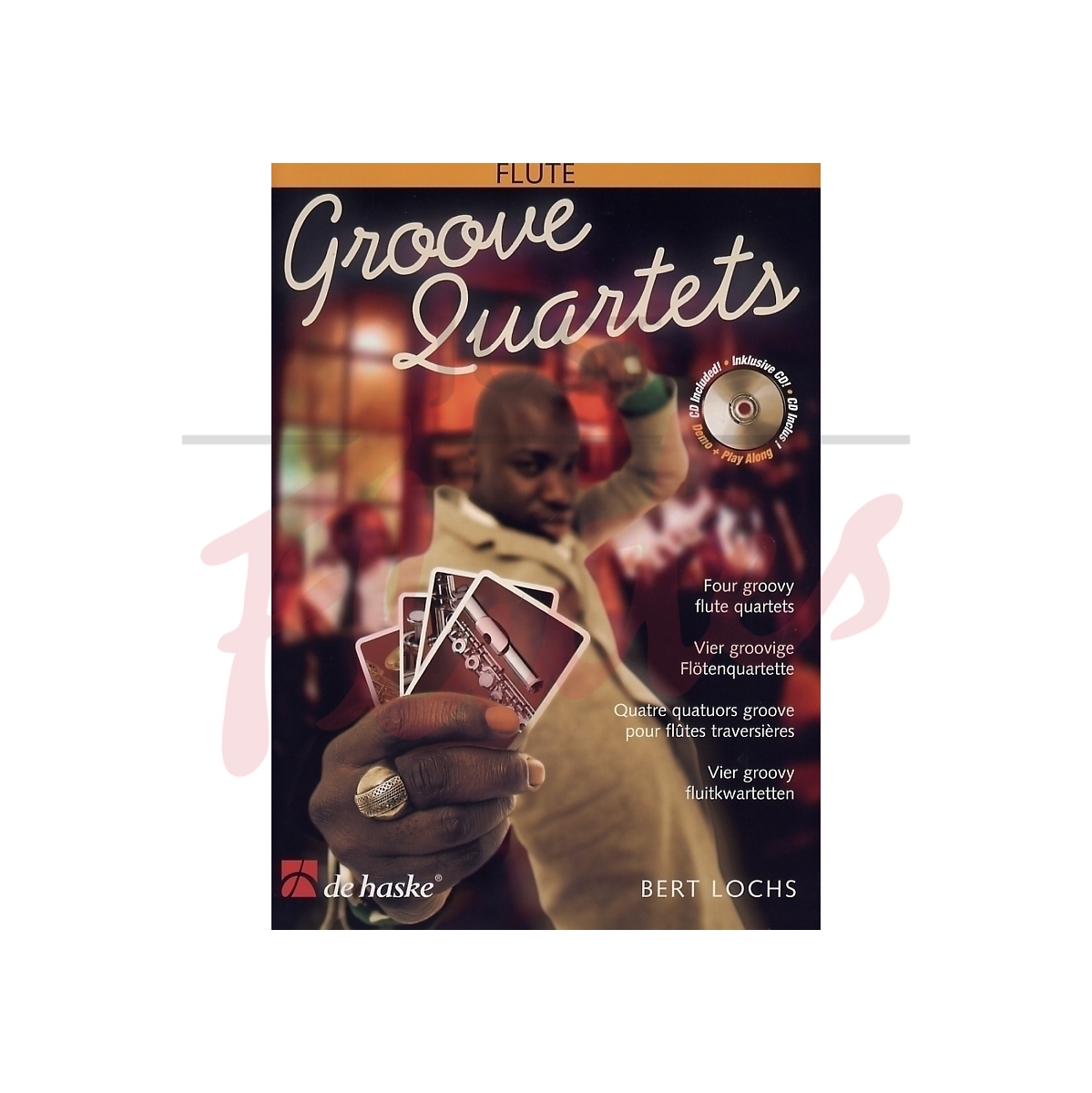 Chris Hankin Just Flutes staff member - chrish@justflutes.com
Not everyone thinks of the flute as necessarily a groovy instrument but these quartets could just persuade the doubters! Despite a computer-generated backing track, the accompaniments on the CD really do bring these catchy pieces to life and will appeal to those for whom classical repertoire has it's limits. Lochs has written all four mostly in rhythmic unity which makes so much difference to how younger players view the challenge and the easy keys make Our Show, African Chant and Hip Shake very accessible. The three flats of Sunday Morning will give everyone a goal to aim at!

Swinging editions, each with four pieces for wind quartet - great for playing together with others. You may choose from the books for other instruments in the Swing, Jazz or Groove Quartets series, to form combinations. This will make the music sound really jazzy. Each piece is recorded on the CD six times. The first time you’ll hear the combo and the four parts as a whole; then follow four versions in which respectively the first, second, third and fourth parts have been left out; and finally, you’ll hear a version with just the combo.