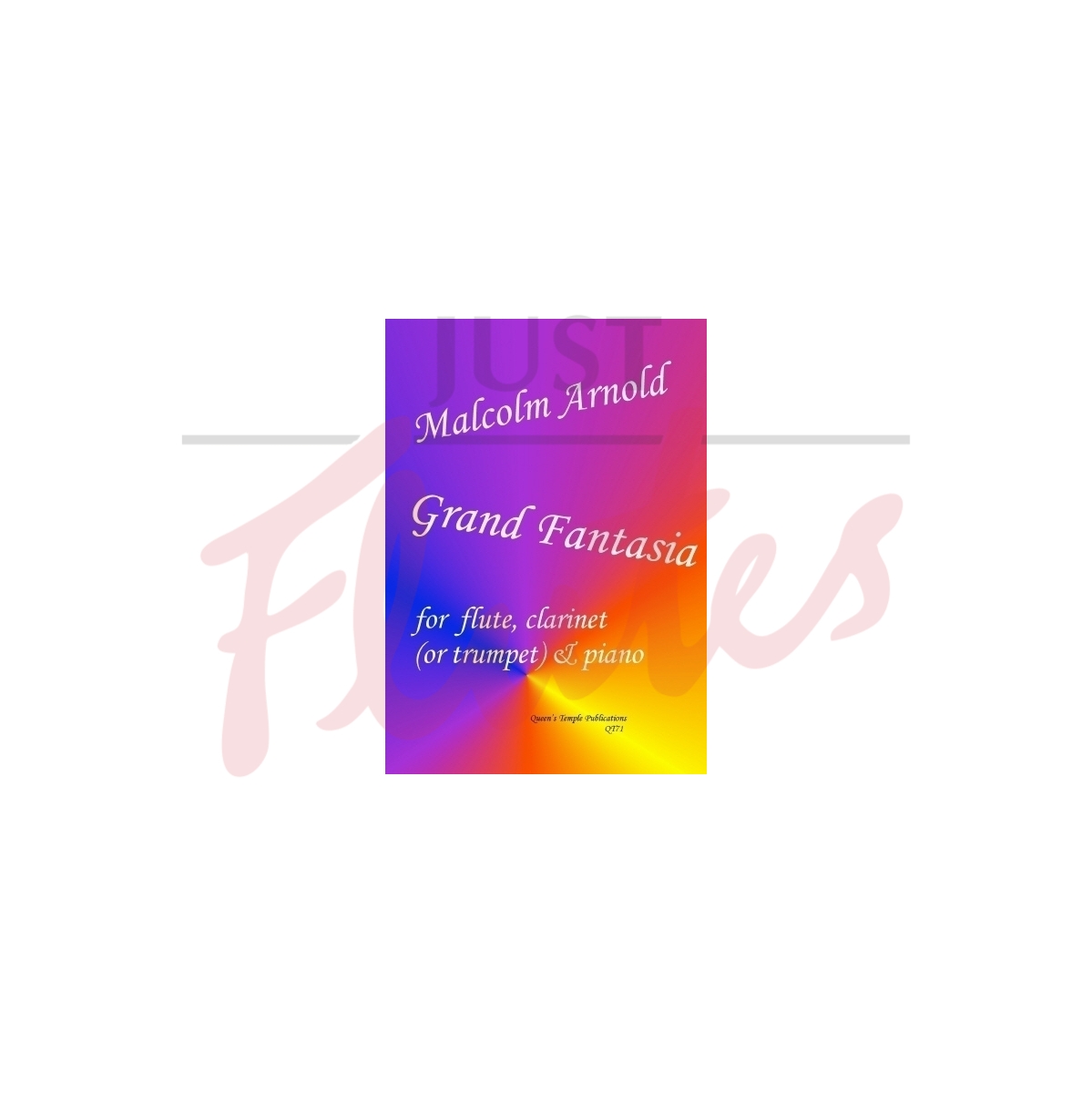 For the summer of 1940 Malcolm Arnold and his friend the flute player Richard Adeney persuaded a pretty blonde pianist to join them for a holiday in Cornwall. They pored over advertisements of accommodation, Malcolm pointing to a not very literate one and insisting they stay there. Thus, in August 1940, they found themselves on a farm at St Buryan, near Mousehole. The holiday was much against the wishes of all their parents, for there were fears at the time that the Germans might land in the West Country. It was for himself, Richard and Betty that Malcolm originally wrote this exuberant trio, which he named ironically Grand Fantasia, Op 973, a piece of escapism at the time of the Battle of Britain. All three instruments are handled with panache as Malcolm takes the listener on a European tour, with stops in Italy, Hungary and Austria. And the fantasia is not purely geographical for in this gloriously catholic work he manages to salute the idioms of opera, musical comedy and jazz. It is a helter-skelter affair, full of the joys of a youthful artist who knows he's at ease in his medium. It is no surprise to find the manuscript telling us that it was not composed by Malcolm at all, but by 'A.Youngman'. In February 1941 Malcolm and Richard organised some Saturday afternoon concerts in the Carnegie Hall – a room in Northampton's public library. These featured a number of new works by Malcolm including the first public performance of Grand Fantasia. Also included was a "Sonate poorflute par A. Youngman", now sadly lost. Given the haste in which he wrote the work it is not surprising that Malcolm completely omitted articulation markings. These have been added throughout without comment.