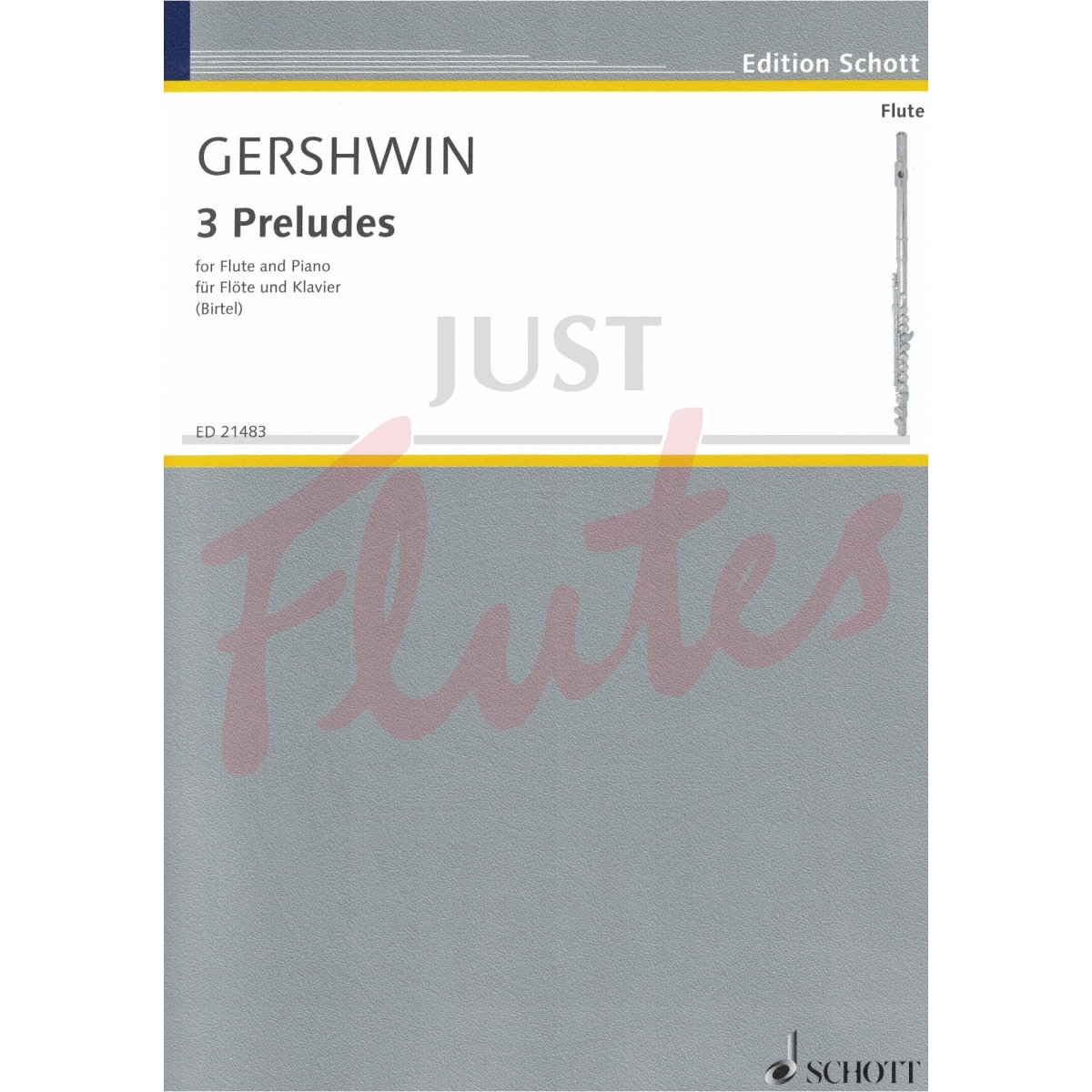 The melodies from George Gershwin's (1898-1937) musicals, from 'Porgy and Bess', from orchestral pieces like 'Rhapsody in Blue' or 'An American in Paris', we all know them! But the career of the young musician started as a pianist in a music publishing house where he was to encourage customers to buy music by playing it. Soon he began to compose music himself and caught the attention of the Broadway, which paved the way to his international career. Inspired by Frédéric Chopin's 24 Préludes, he began to write his own 'Preludes' for the piano in the mid-1920s: Of the five preludes composed by him, he used two for the violin composition 'Short Story' and presented the other three at a concert on 4 December 1926. These 'Preludes' combine classical moments and jazz elements into an effective whole and can be played individually or as a little jazz sonata (fast – slow – fast). Thanks to the present arrangement, the charming miniatures are now available in a version for solo instrument and piano accompaniment.