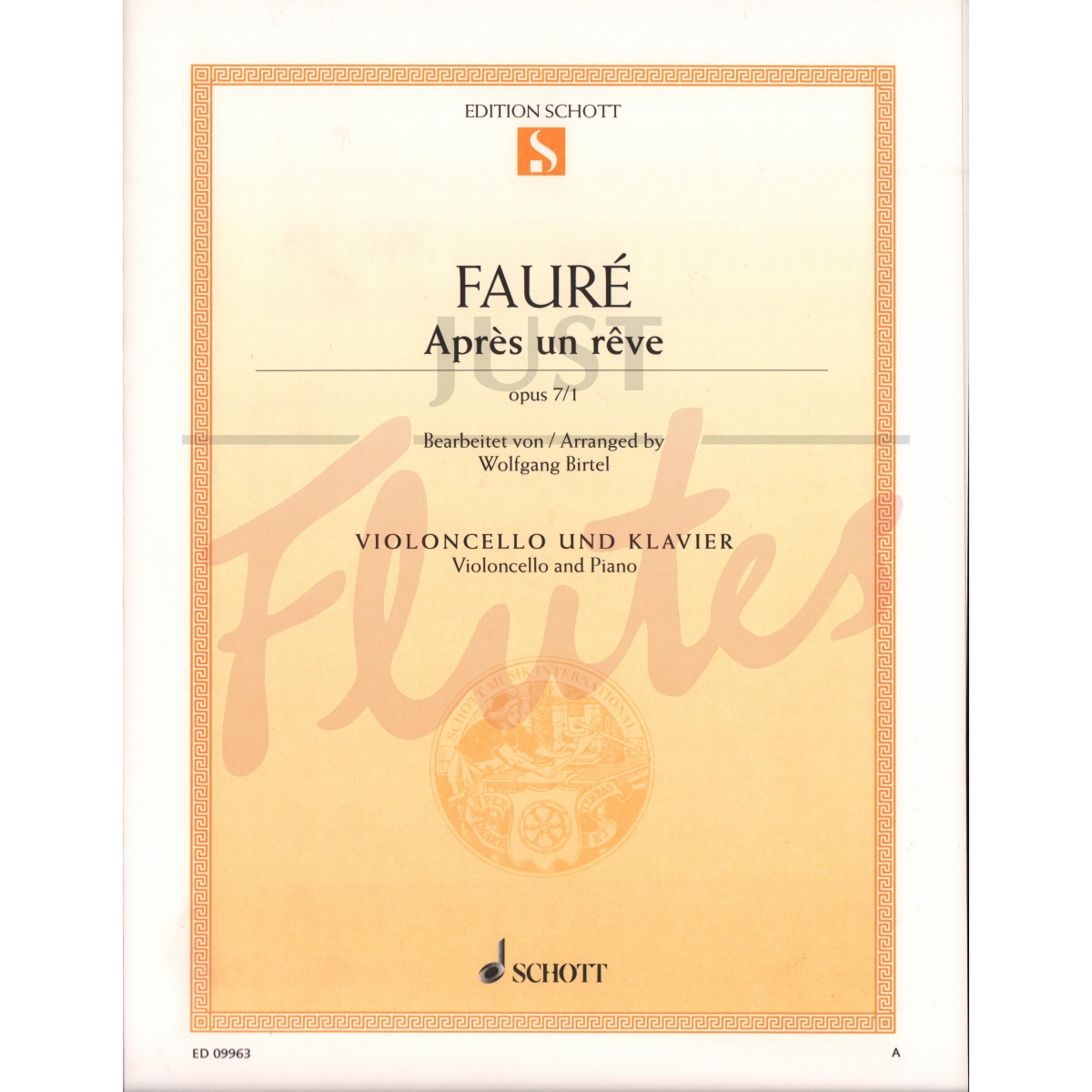 'Novelty of form, selected modulations, strange tone colours, the use of completely unexpected rhythms', this is how Camille Saint-Saëns praised the debut work of a young colleague and continued: 'Above everything is a charm that surrounds the whole work and makes the mass of average listeners accept the most surprising audacities as something entirely natural.' The First Violin Sonata by Gabriel Fauré (1845 1924) was, indeed, an extraordinary composition which, at the same time, opened the way for the oeuvre of one of the most important French composers in the late 19th century and early 20th century: It was particularly with songs and piano music that he could win the heart of the audience. In the 1870s Fauré wrote three songs which were originally not meant to be a unity, but were later assembled under opus number 7. The first song is 'Après un rêve', a romantic, rapturous song which, like a 'Song Without Words' by Mendelssohn, is perfect for making music with an accompanied solo instrument.
Difficulty guide: 7
Difficulty level, roughly compared to ABRSM exam grades. 0 is beginner, 9 is advanced (beyond grade 8).