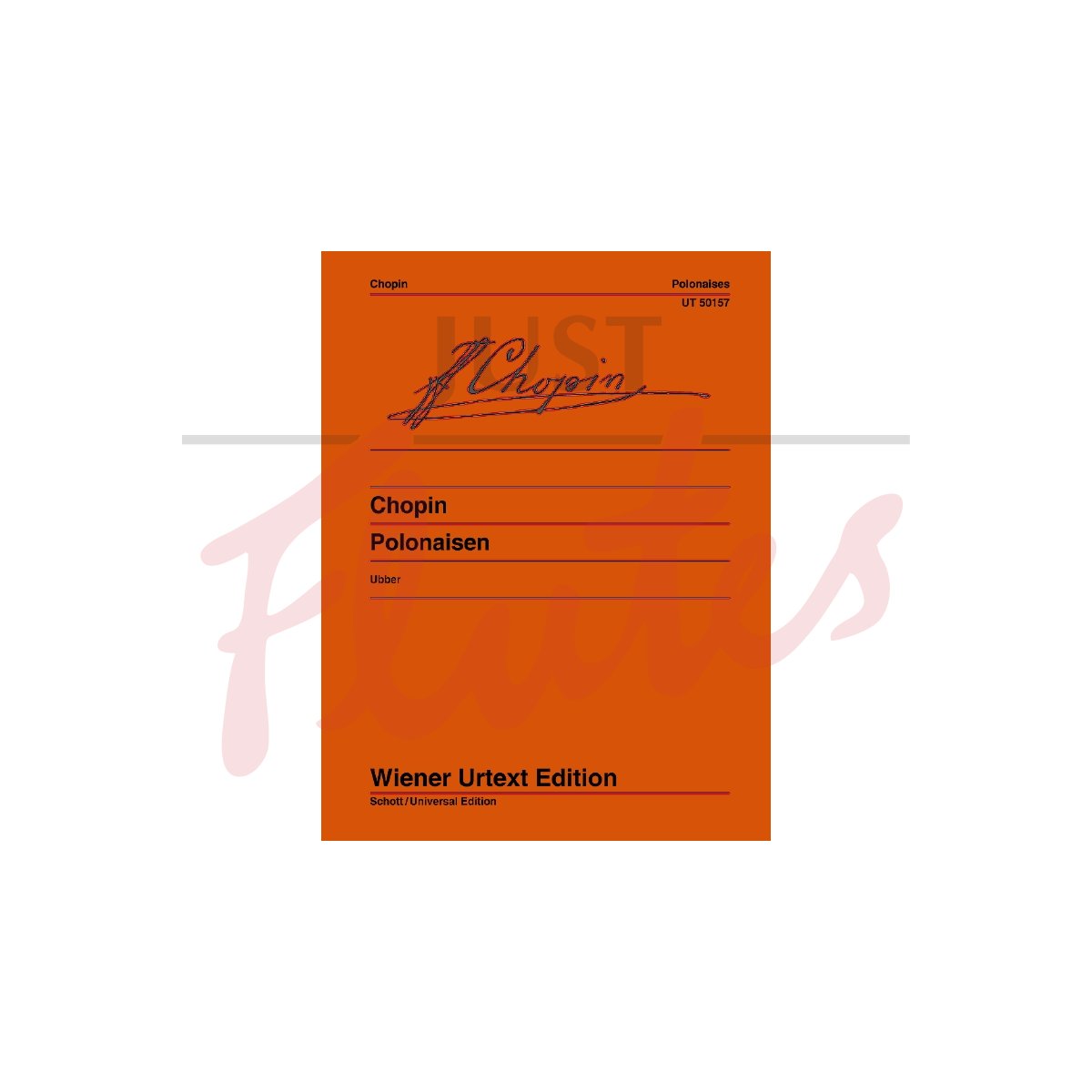 The polonaises are regarded as one of the most important genres in the compositional oeuvre of Frédéric Chopin, some of them even as some of his most popular compositions. Their spectrum ranges from early works which can even be played by advanced beginners (e.g. Polonaise in B flat major) to demanding concert literature. The new edition of Wiener Urtext Edition is based on all relevant sources: autographs, copyist's copies, engraver's copies, first editions, as well as copies of Chopin's pupils used in their lessons. The edition's preferred main sources are each of the last published first editions which not only contain the last revisions but also provide comfortable, more transparent performance instructions. This is illustrated by the famous Polonaise in A major Op. 40/1 which is presented in the versions of the German and French first editions. Of some early polonaises second versions are included.