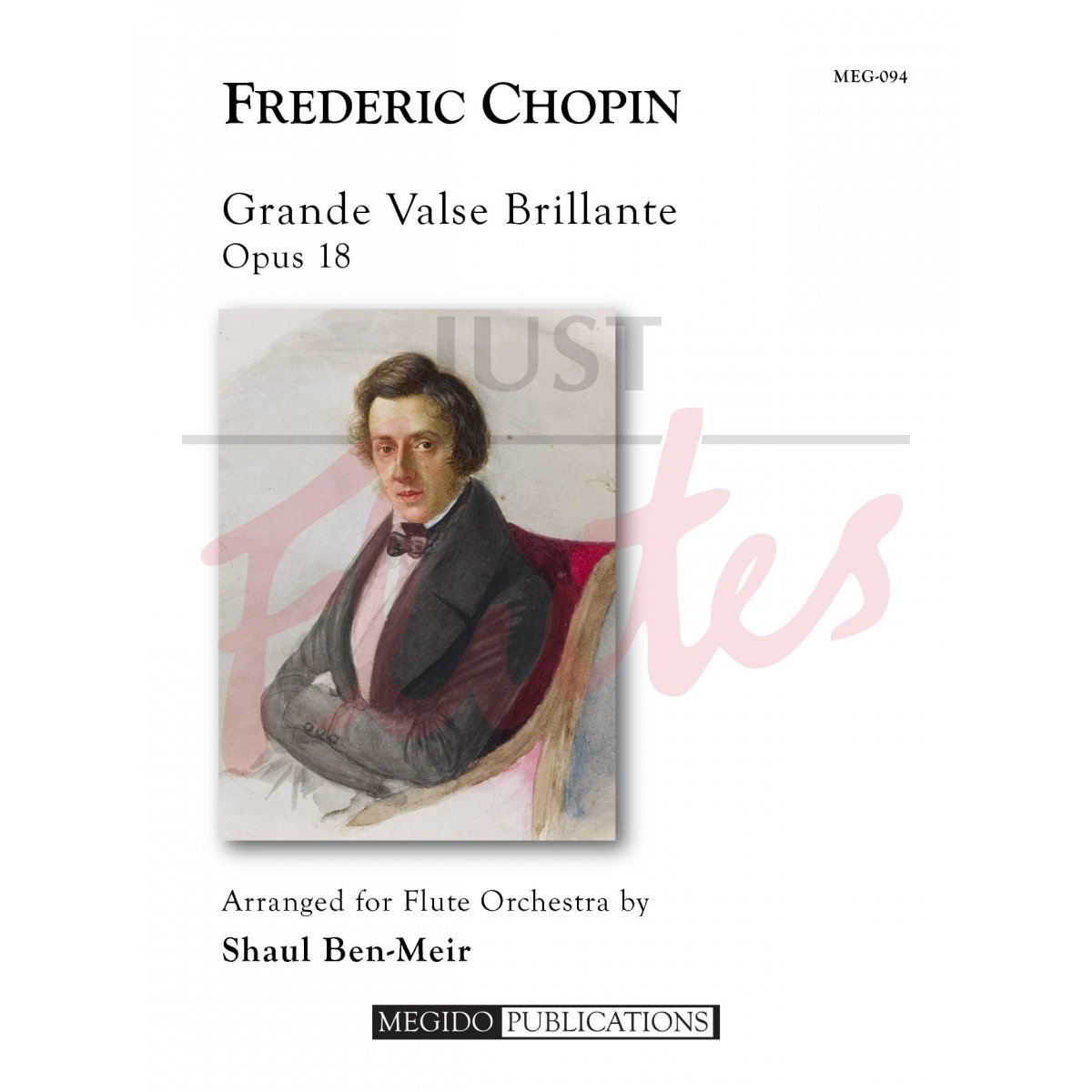 During his lifetime, Frederic Chopin composed nearly exclusively for the piano, and every one of his compositions involves the piano in some capacity. Though he is believed to have composed 36 waltzes, only eight of them were published during his lifetime. The Grande Valse Brillante (Opus 18) was composed in 1833 and published in 1834. It was his first published waltz composition for solo piano. The original manuscript bears a dedication to one of his students, Laura Horsford.