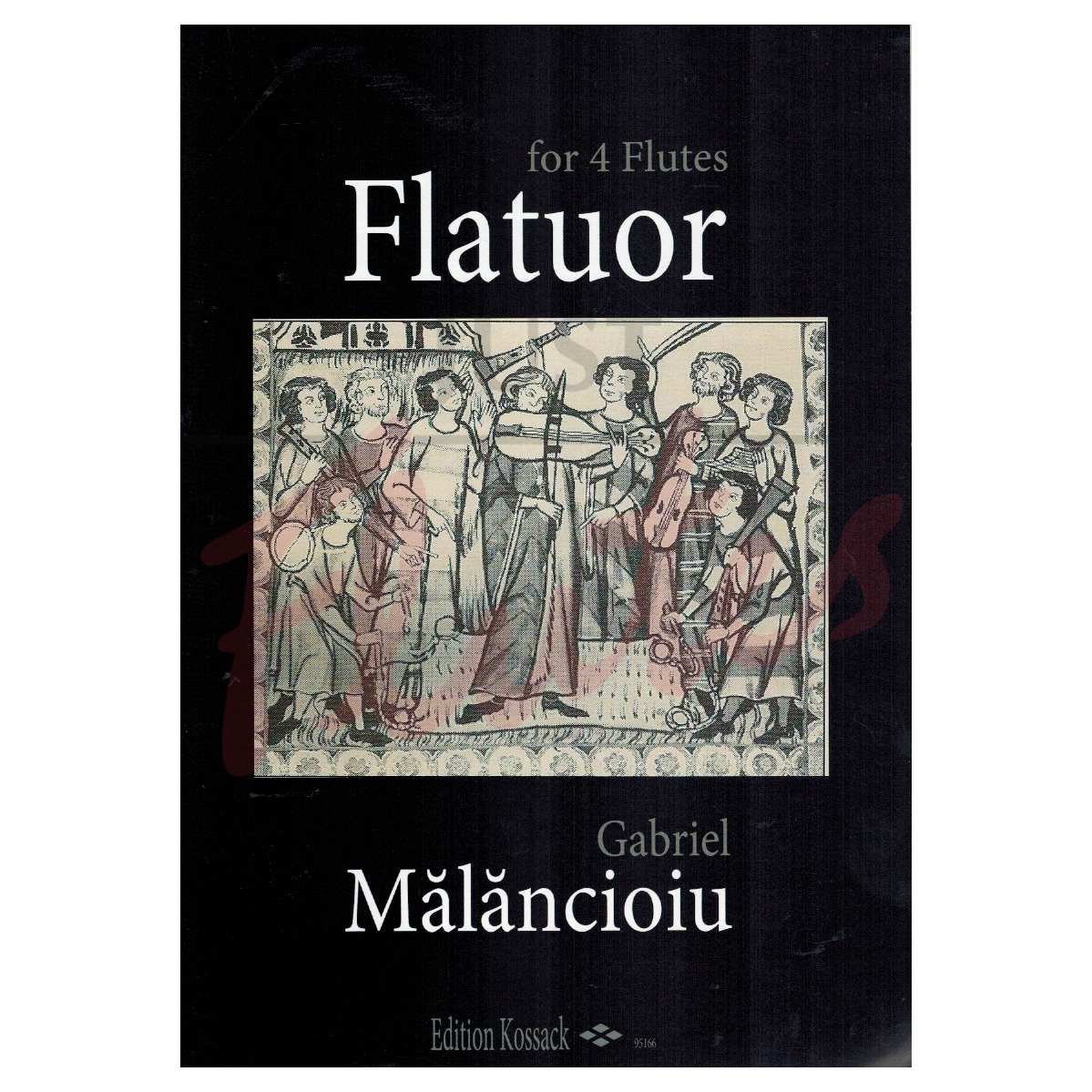 The title Flatuor makes reference to the ensemble for which the piece is written: quartet (in French - quatuor) of flutes. It is divided in four parts, each part being inspired by a vision which temporally can be placed in the distant Medieval times. The first part has an introductory character; the expressive climax of Flatuor seems to be the meditative third part, having Love as central theme; the second and the fourth part are the contrasting movements, which offer the context for the third part to blossom. There are certain connections with the musical practices of the Middle Age, especially the using of a modal musical language and the prevalence of parallel fourth and fifth, reminiscences of the Medieval organum.