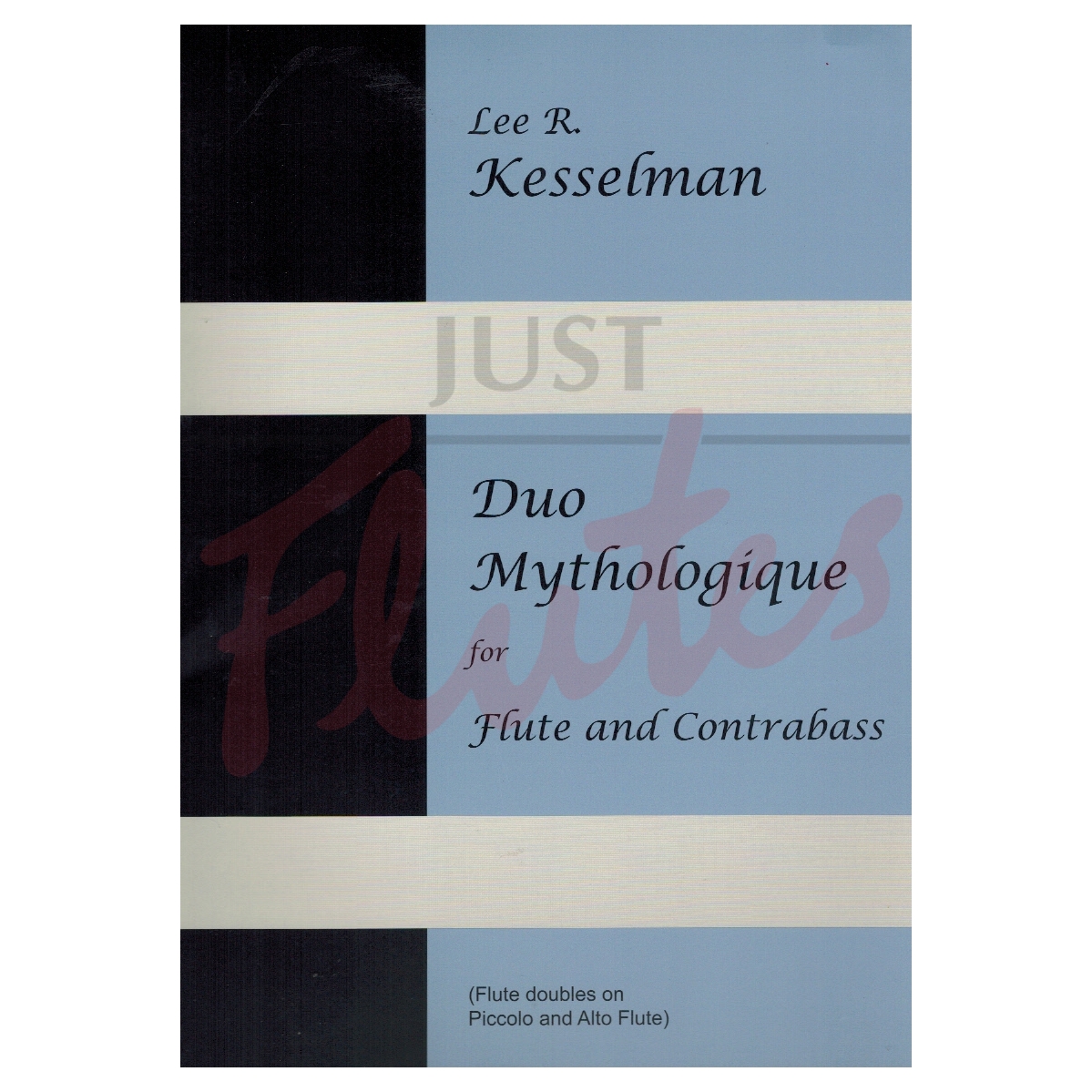 Duo Mythologique was composed for flutist Sherry Kujala. It is conceived in the manner of a Baroque dance suite, with each movement bearing a single affect and tempo. At the same time, each movement's title, and clue for its affect, is based upon a character, theme, or association with Greek mythology.

1. One would begin any suite with a Prelude, yes? The Fanfare announces the entrance of the characters while the remainder of the movement introduces some of the rules of engagement for the two instruments.

2. Aesop of Phrygia was a teller of tales, a fabulist. His fables remain well-known to this day. Whether he actually existed at all or not is in question. In this piece, he dances a courtly French dance, the gavotte, which ties Duo Mythologique the Baroque suite form. Of course, Aesop's gavotte is in the Phrygian mode.

3. The River Lethe was one of the 5 rivers of Hades, along with the better known River Styx. All the souls of the dead are required to taste of Lethe's waters. The slow-moving boat on Lethe moves in a rocking, 6/8 time, or a barcarolle.

4. Phaëthon was the son of Helios, or the Sun. He pridefully undertook to drive his father's chariot, but lost control of the horses and crashed, disastrously, creating the deserts of North Africa. All life on Earth springs from the sun and this hymn reflects that debt.

5. Golden Apples represent an element that appears in many folk legends and fairy tales. In Greek mythology, a hunter named Atalanta raced against a suitor named Hippomenes, who used the golden apples (given by the goddess Aphrodite) to distract her so that he could win the race. Atalanta quit running long enough to retrieve each golden apple. It took all three apples and all of his speed, but Hippomenes finally succeeded, winning the race and Atalanta's hand. Unfortunately, Hippomenes forgot to thank the Goddess and she turned them into lions. This movement symbolizes the race.

6. Ah, Prometheus! A champion of men against the gods, the Titan Prometheus stole fire from heaven. His punishment? Nailed to a mountain, where an eagle tore out his liver by day. It grew again by night, only to be consumed again each day. Prometheus represents the Artist - he molded clay into dolls, small statues of the gods, which so delighted Athene, that she breathed on them and gave them life; thus, the first humans. For musicians, Beethoven seems to be the image of Prometheus, the tortured demi-god whose very creations struggled with divinity, musically and philosophically. This movement is a humble homage to the spirit of the late Beethoven.

7. Arachne, the finest weaver in Athens, foolishly challenged Athene, the goddess of weaving, to a contest. Arachne's audacious tapestry showed scandalous scenes of the gods' love-affairs. Enraged, Athene thrashed Arachne, who hung herself in shame. Athene then changed Arachne into a spider, condemned to weave for all the rest of time. This final movement is a tarentella, the Italian dance that depicts the wild thrashings of the victim of a spider bite.