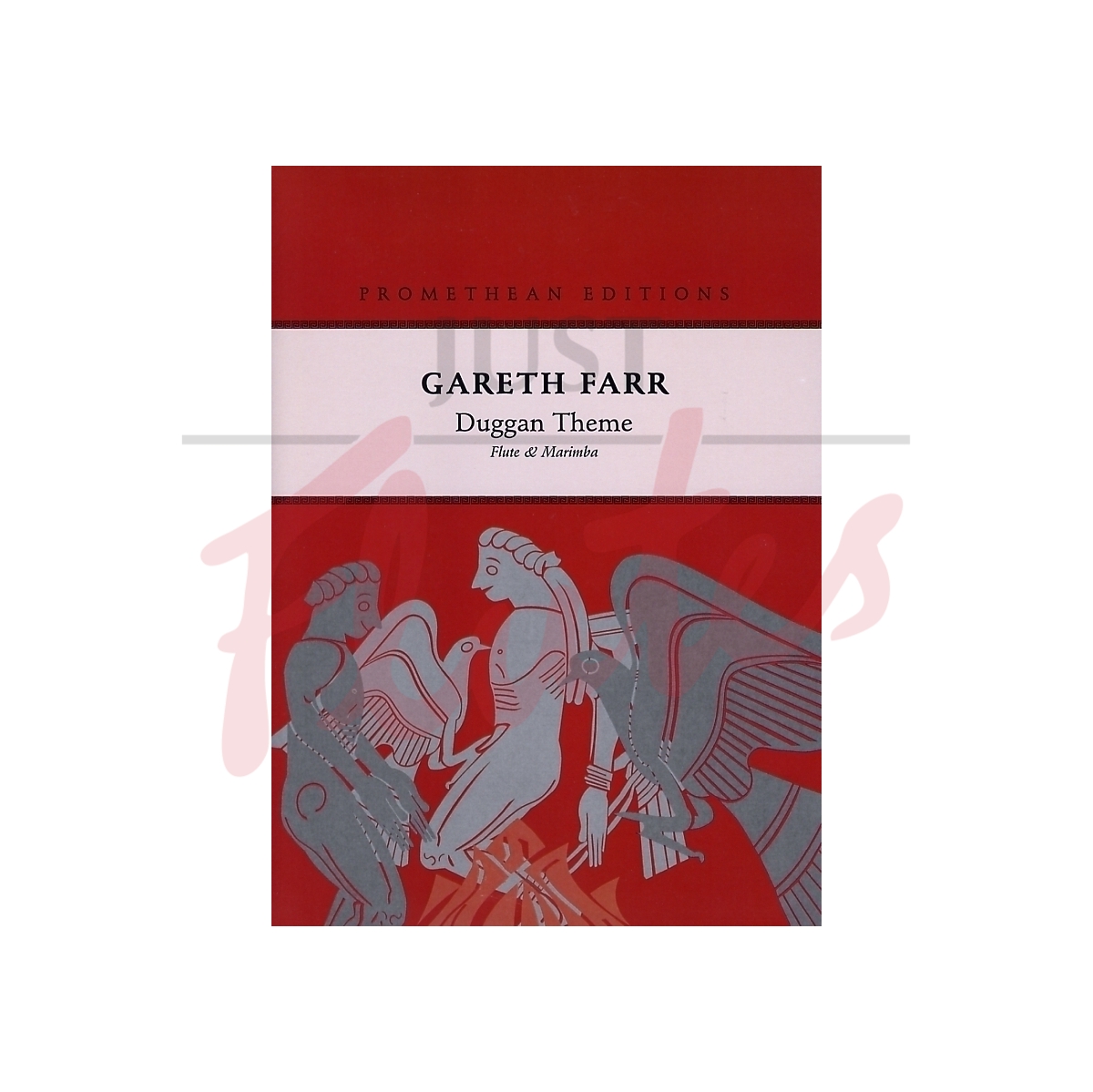 Charles Sinden Just Flutes staff member
The New Zealand composer Gareth Farr has written for this combination before and his experience shows in this exciting piece. It was written for a television police drama and has a breathless quality as the 2 instruments chase each other around. It isn't scary to look at though, as the Aeolian mode is quite approachable to read. It's the constantly changing metre that presents the real challenge epsecially if played at the suggested marking of crotchet equals 168. This is what makes it such fun to play though. This combination of instruments is becoming increasingly popular, especially with exam candidates at GCSE and A level. Duggan's Theme will prove extremely useful for this, as well as for concert repertoire.

Farr’s Duggan Theme (1997) is a simple and effective duo for flute and marimba that is suitable for beginning chamber music students. It was written for the television police-drama series Duggan, in which a New Zealand Detective Inspector solved grisly murder cases set against the scenic backdrop of New Zealand’s Marlborough Sounds. The work follows a simple ternary form, beginning and ending in the Aeolian (or natural minor) mode, shifting through a variety of major keys in the B section.