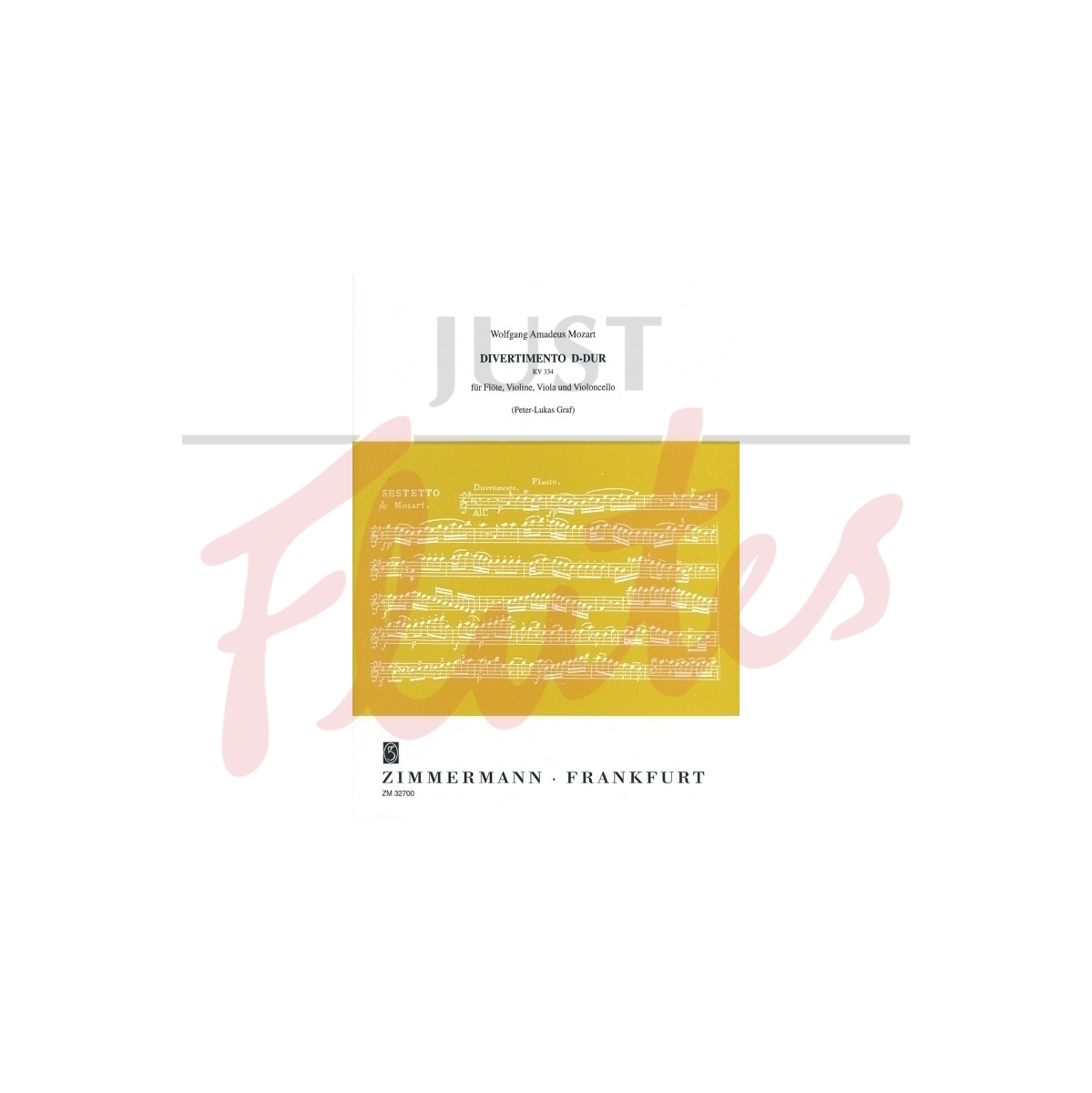 This Divertimento, originally composed for string quartet and two horns, has been modified significantly as shown in the version presented here: arranging it for flute and string trio not only meant the omission of the horn parts from the original but also other changes. Even in the earlier edition with flute, two movements were missing. This reduction of a six-movement divertimento to a four-movement version in order to achieve a more symphonic form, was common practice even in Mozart's time. This edition contains a detailed report listing modifications with regard to the original.