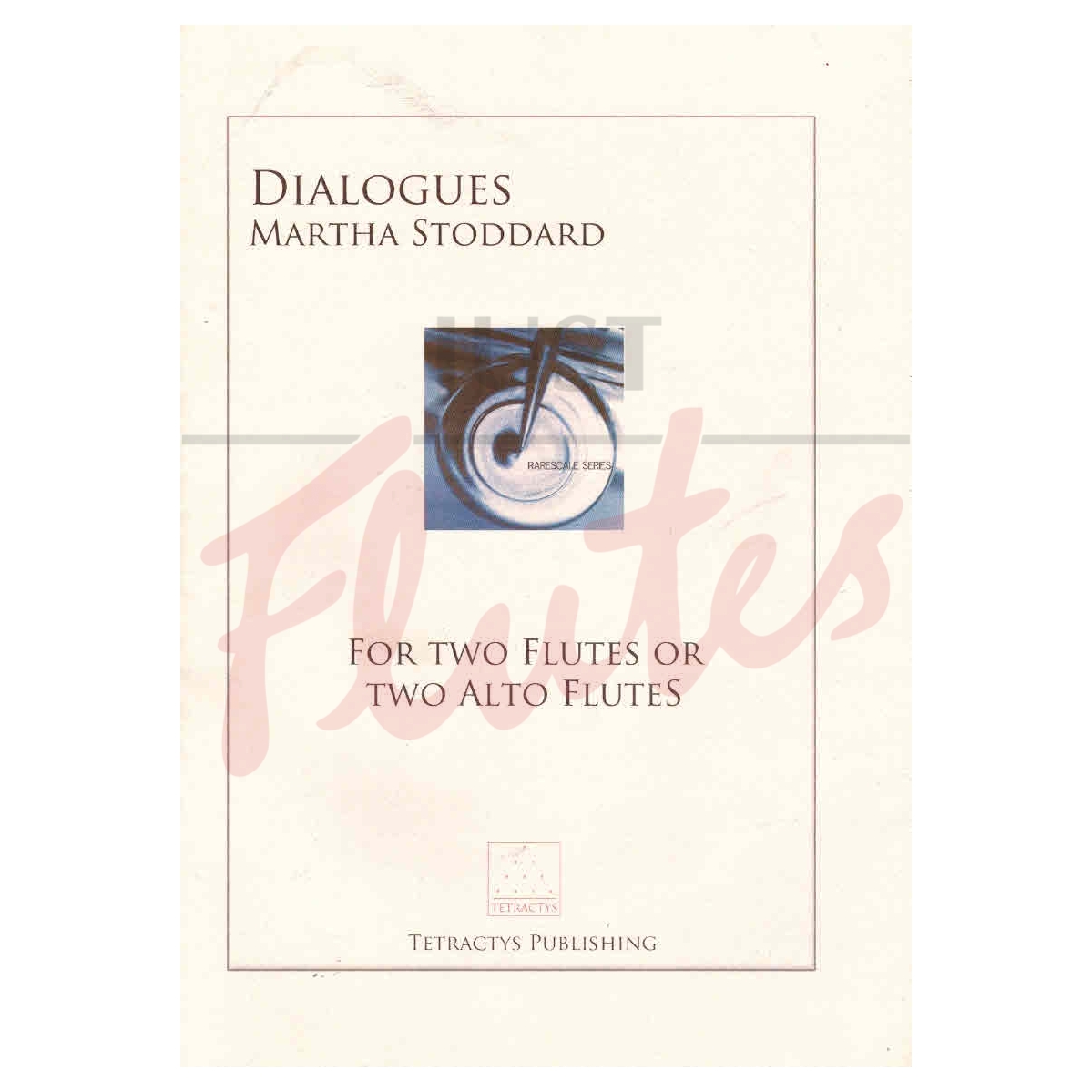 Music for Flutes is a set of three works tied together melodically and in mood, but with unique unfolding of themes.

Dialogues are just that. These duets explore possibilities for two flutes in conversation. The first movement is mock - serious, using a declamatory style with wide leaps and quasi - recitatives. The second begins is a playful odd - meter jaunt. It is followed by an eerie segment in common time. Like Reflections the third movement concludes with a robust, sonorous allegro.