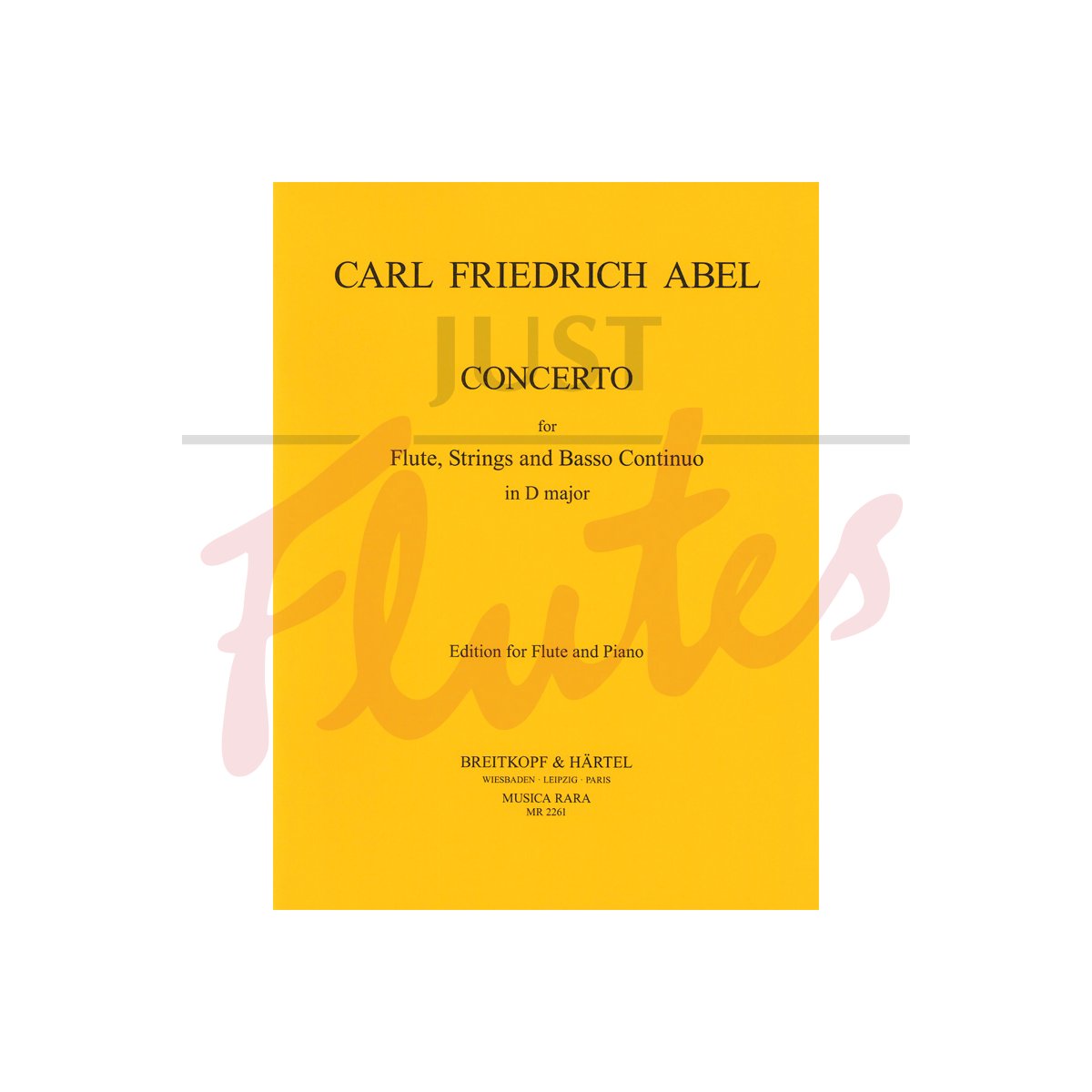 Flute Concerto No 3 in D major

Carl Friedrich Abel most likely wrote his Flute Concerto in Dresden before moving to London in 1759. The striking rhythms and transparent orchestral texture were inspired by the Italianate style of Johann Adolf Hasse, who led the Dresden Hofkapelle. Abel is at his most independent in the harmony, where major and minor keys are juxtaposed and keys with sharps follow keys with flats in close alternation, as in the first movement.

The source for this edition is a copy of the score located at the Musikbibliothek der Stadt Leipzig, which must have been corrected in red ink by one of Breitkopf's diligent house-readers back in the 18th century. To be precise, the D-major Flute Concerto was first included in Breitkopf's catalogue back in 1761. The Leipzig publisher offered the work in copies, along with other flute concertos by Abel.