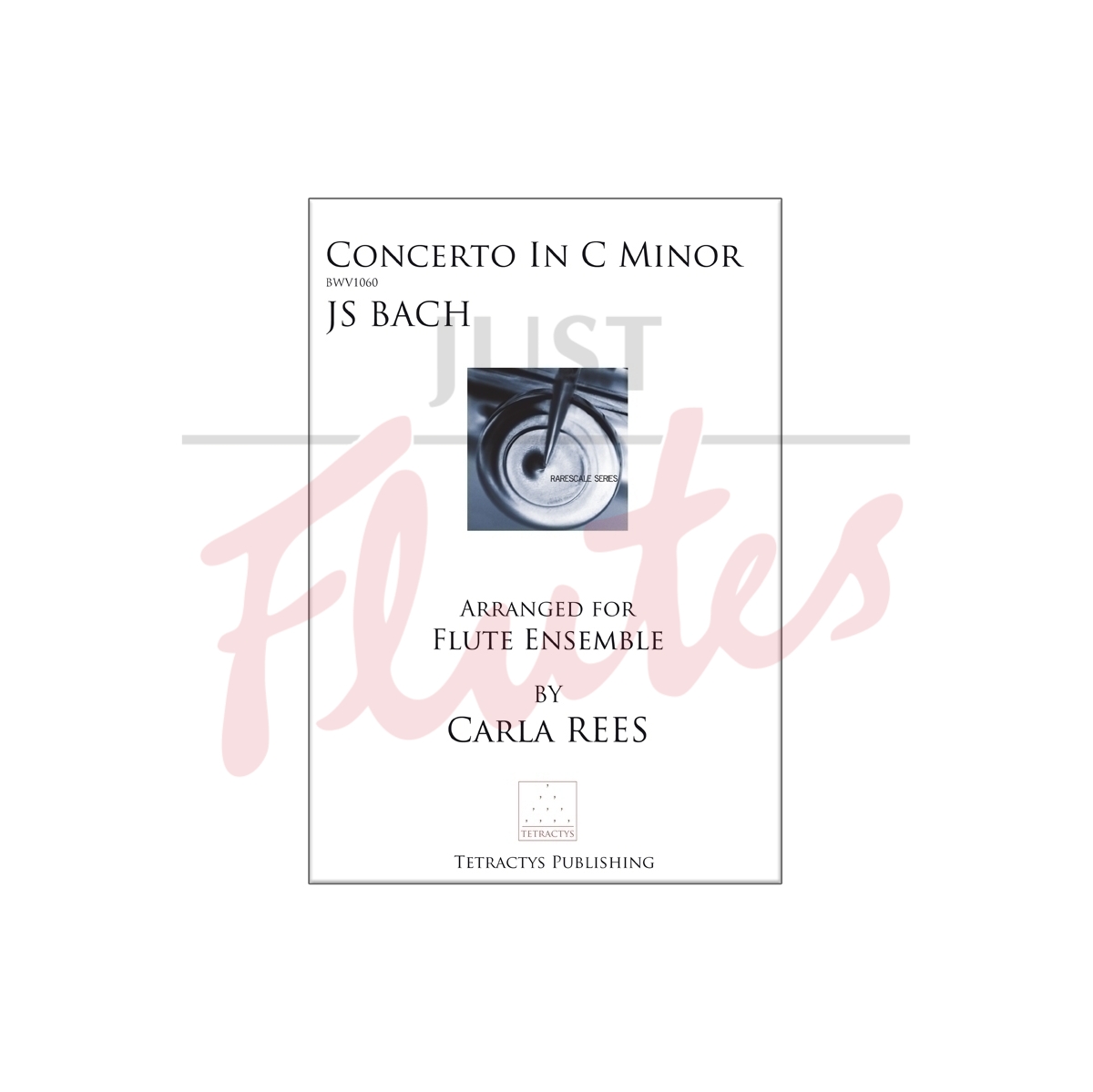 This concerto is perhaps best known in the version for violin and oboe with strings and continuo, although that version as we know it today was adapted from a concerto for two harpsichords (the original manuscript was lost and only the harpsichord version survives). It was fairly standard practice for musicians in the baroque era to rework their own music, and the music of their contemporaries, for different combinations of players (all of Bach’s harpsichord concertos, except for Brandenburg 5, were transcriptions of works for other instruments) and this version for flute ensemble is an extension of that practice.

Like most of Bach’s concertos, this piece is thought to have been written during the Cöthen period (1717-1723), when Bach had access to a highly accomplished orchestra. At that time, Bach was working in a Calvinist court, where there was no requirement for elaborate church music (a stark contrast from his work in Leipzig, where he was responsible for the music in three different churches), so his focus there was on instrumental music. The concerto has Italian influences, and is in three movements.