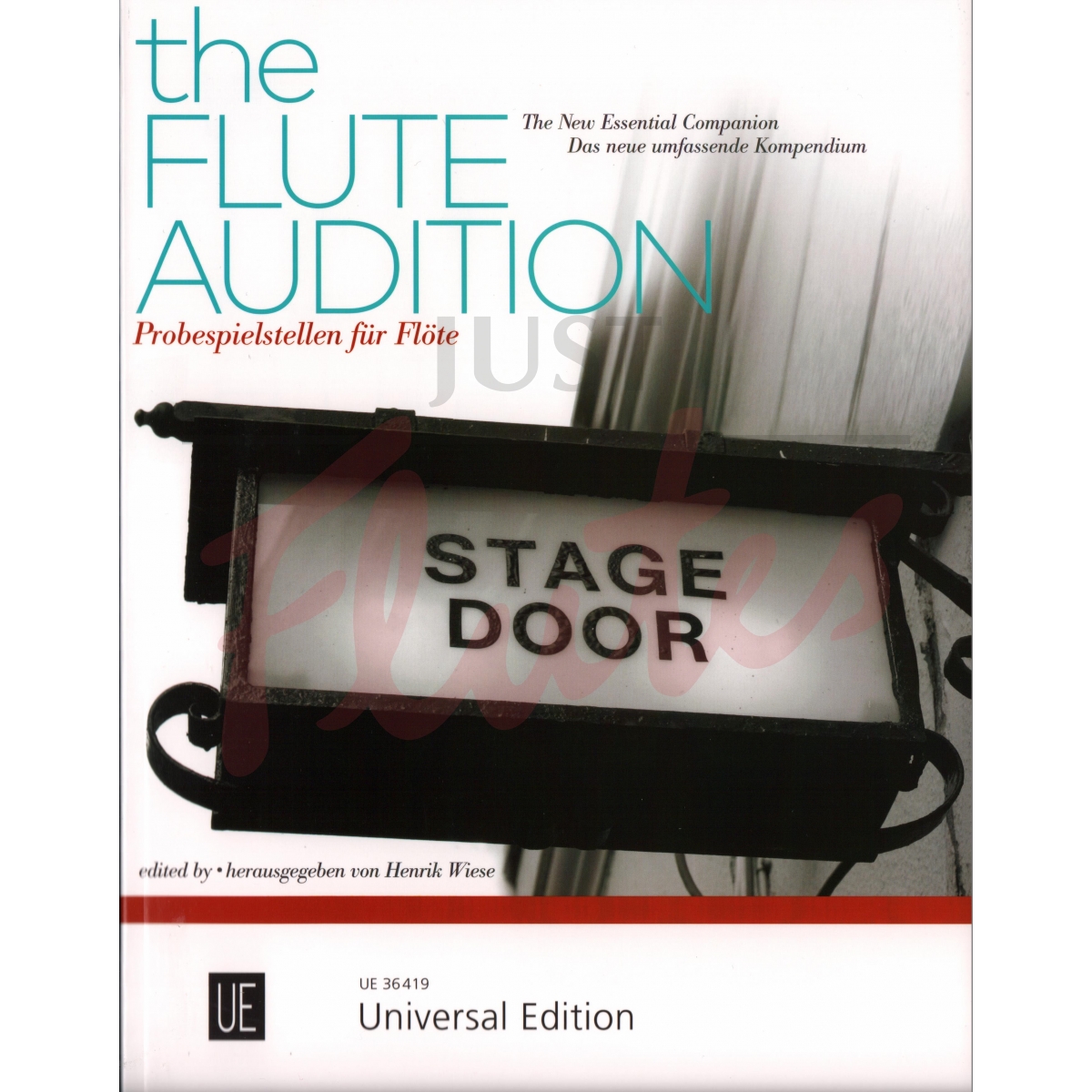 Henrik Wiese, the internationally renowned orchestral and solo flautist, has spent four years composing the final book. He was working with his own students in Salzburg as they engaged in auditions, as well as with other professional players and his teaching colleagues at the conservatory. He sourced repertoire lists from job advertisements past and present to other auditing lists. Considerable research has also been made in the differences between existing editions of the well-known pieces, surprisingly, from twentieth century composers such as Prokofiev and Stravinsky. "The Flute Audition" then looks at practical matters as well as turns and metronome markings. He comments, for example, that Hindemith's own recording takes a passage from "Symphonic Metamorphoses" markedly slower than in the score. The result of this painstaking research is the most comprehensive collection of international audition pieces published in a single volume.

Winner in the Flute Methods category of the Newly Published Music Competition at the 2019 NFA.