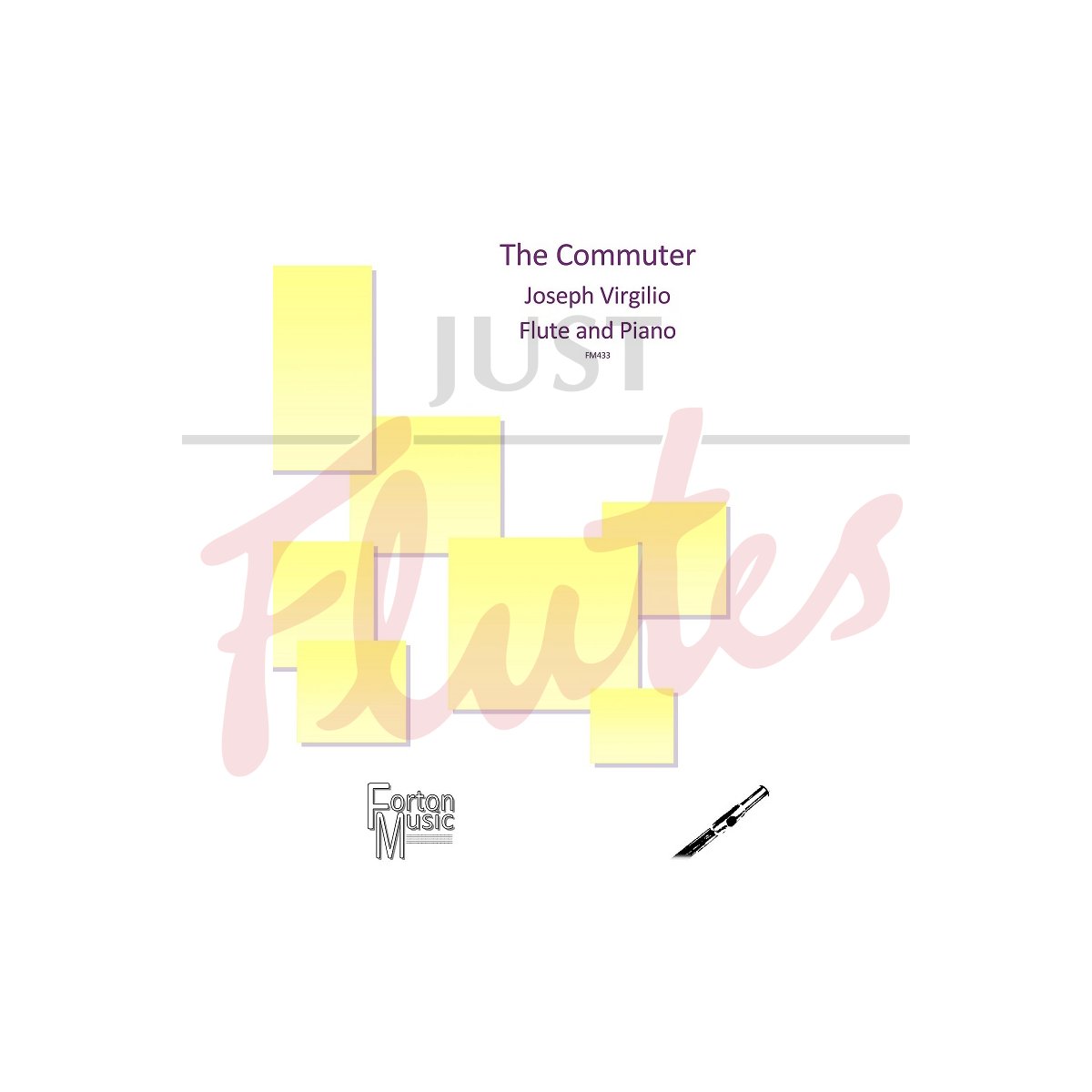 The Commuter began life as a simple art song entitled Daybreak. Twenty five years later I caught up with a high school classmate; a flautist. The simple song was reworked into a little programmatic sequence describing the morning of a commuter. The leisure and the sweet sounds of the dawn breaking followed by the rush through the city's traffic, the hurried arrival at the elevator bank, the push to get into the lift and the mad dash to reach the desk avoiding yet again the pronouncement of 'you're late!'. This piece needs to have lots of character. From the smooth, calm beginning, through the rush to work which gets faster and faster, these sections need different aspects of flute playing bringing out. The first section needs an effortless, floating tone; the second needs to feel more urgent, and this sense of urgency needs to build as we approach the end of the music. Watch the articulation of the dotted rhythms remain crisp throughout, and that the fingering stays neat as the semiquavers increase in frequency.
Difficulty guide: 7
Difficulty level, roughly compared to ABRSM exam grades. 0 is beginner, 9 is advanced (beyond grade 8).