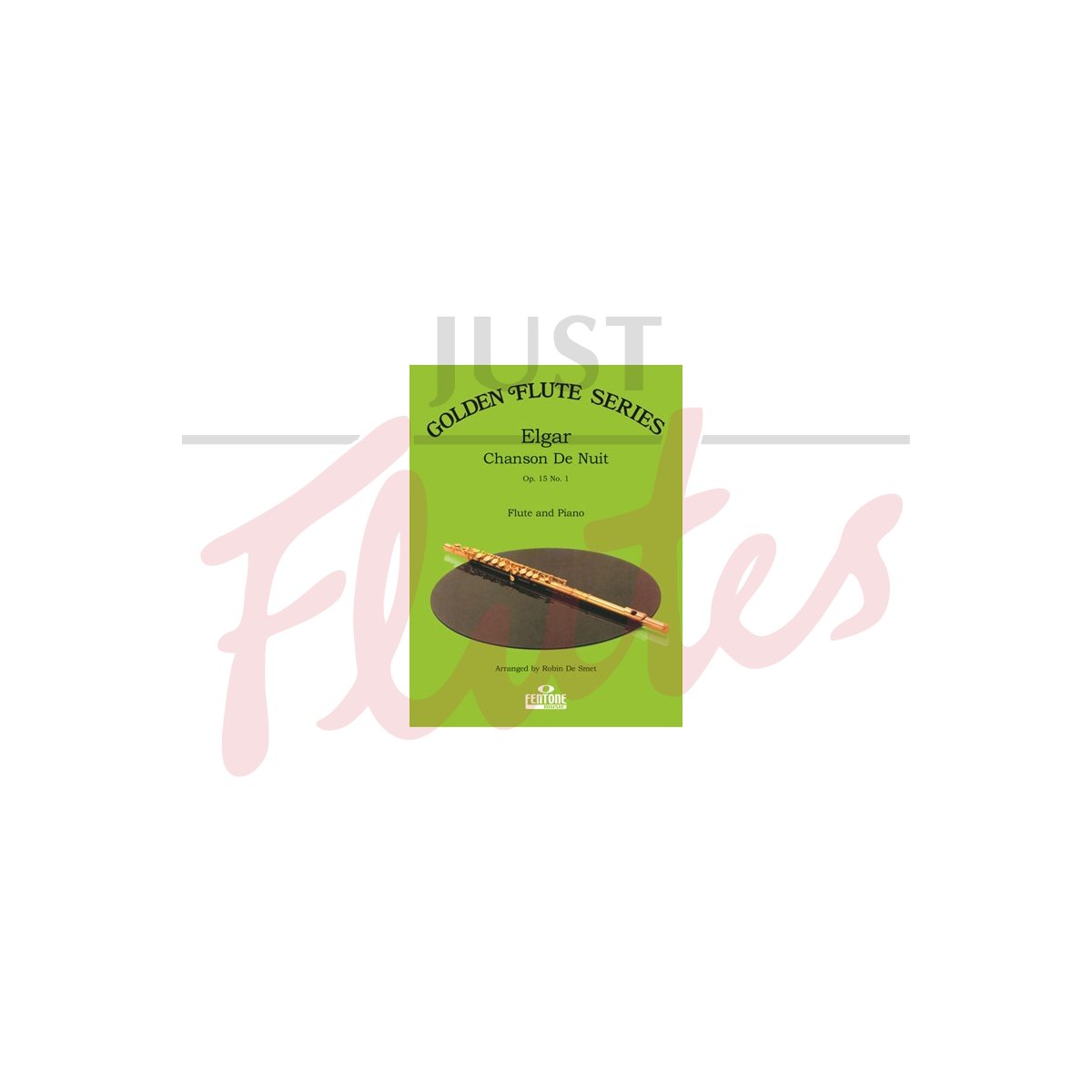 Sir Edward Elgar was born in Worcester in 1857. Until the outstanding success of the 'Enigma' Variations in 1899, he was considered a 'provincial' composer - and a largely self taught one at that. In the earlier part of Elgar's career as a composer, he wrote several short pieces which became very popular indeed. Chanson de Nuit is one such, the second of a pair (Chanson de Matin being the other), which carried his name far and wide before his larger orchestra works appeared. It was published in several versions at once: for string orchestra, for small orchestra, for violin and piano and so on - so it is almost impossible to say, with any degree of certainty, which was the original version. This arrangement makes a useful addition to the repertoire for flute.