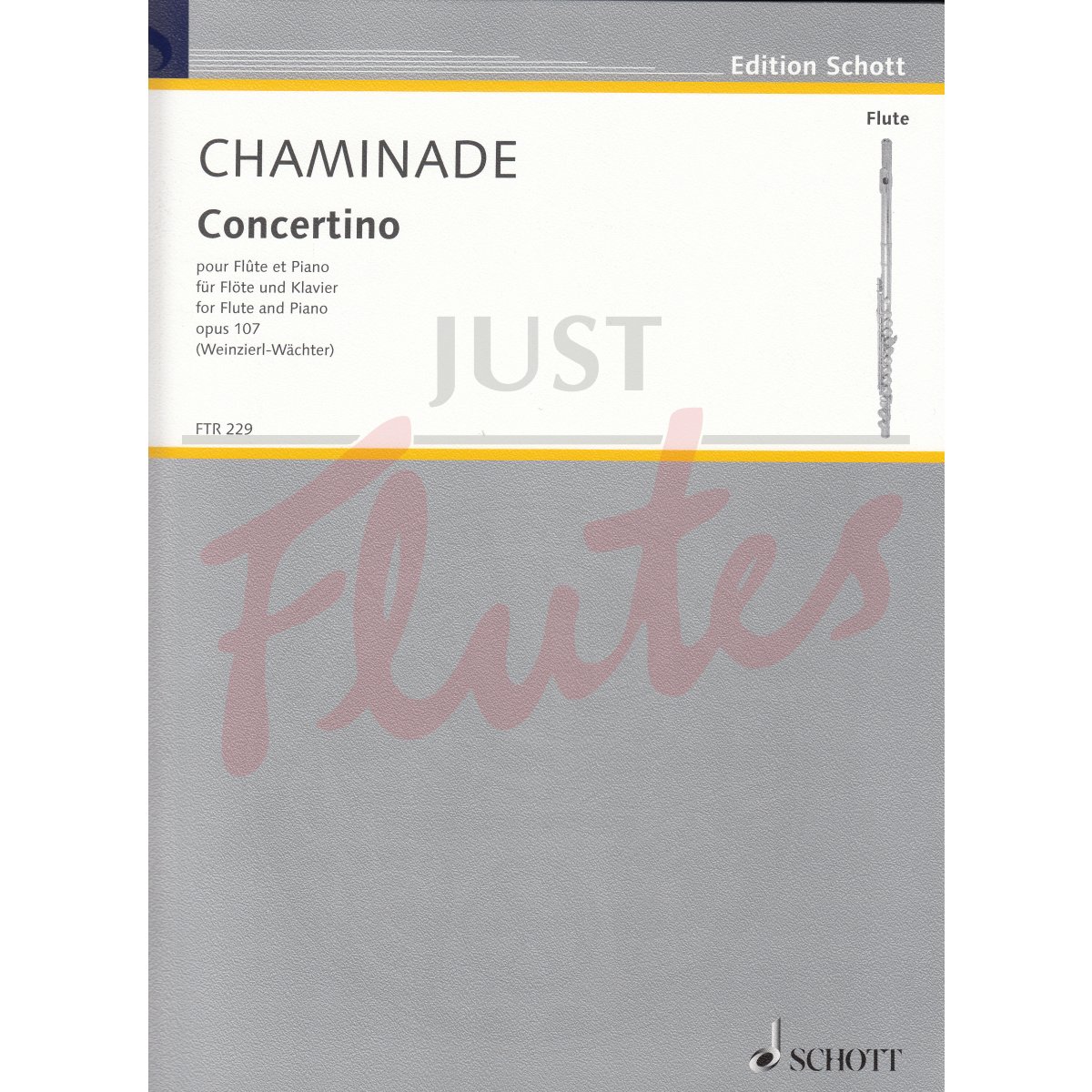 Concertino for Flute and Piano, Op.107

The great talent of Cécile Chaminade (1857–1944) showed very early: At the age of 12, she published her first composition. Georges Bizet, a friend of the family, predicted her great future. After her successful debut as a pianist in Paris in 1877, she began busy concert activities as a solo pianist, chamber musician and conductor in many European countries as well as in the USA and Canada.

Although many of her compositions became bestsellers during her lifetime, they are almost all missing in the concert programmes of today. Only the Concertino for flute and orchestra Op. 107 is still performed regularly. The demanding piece was written in 1902 as a competition piece at the Paris Conservatoire – initially still with piano accompaniment. The orchestral version was composed by Chaminade two years later.
The piece begins with a wide melody and then turns into a virtuoso solo section which is followed by a cadenza. The piece ends with the initial theme as recapitulation and a coda.