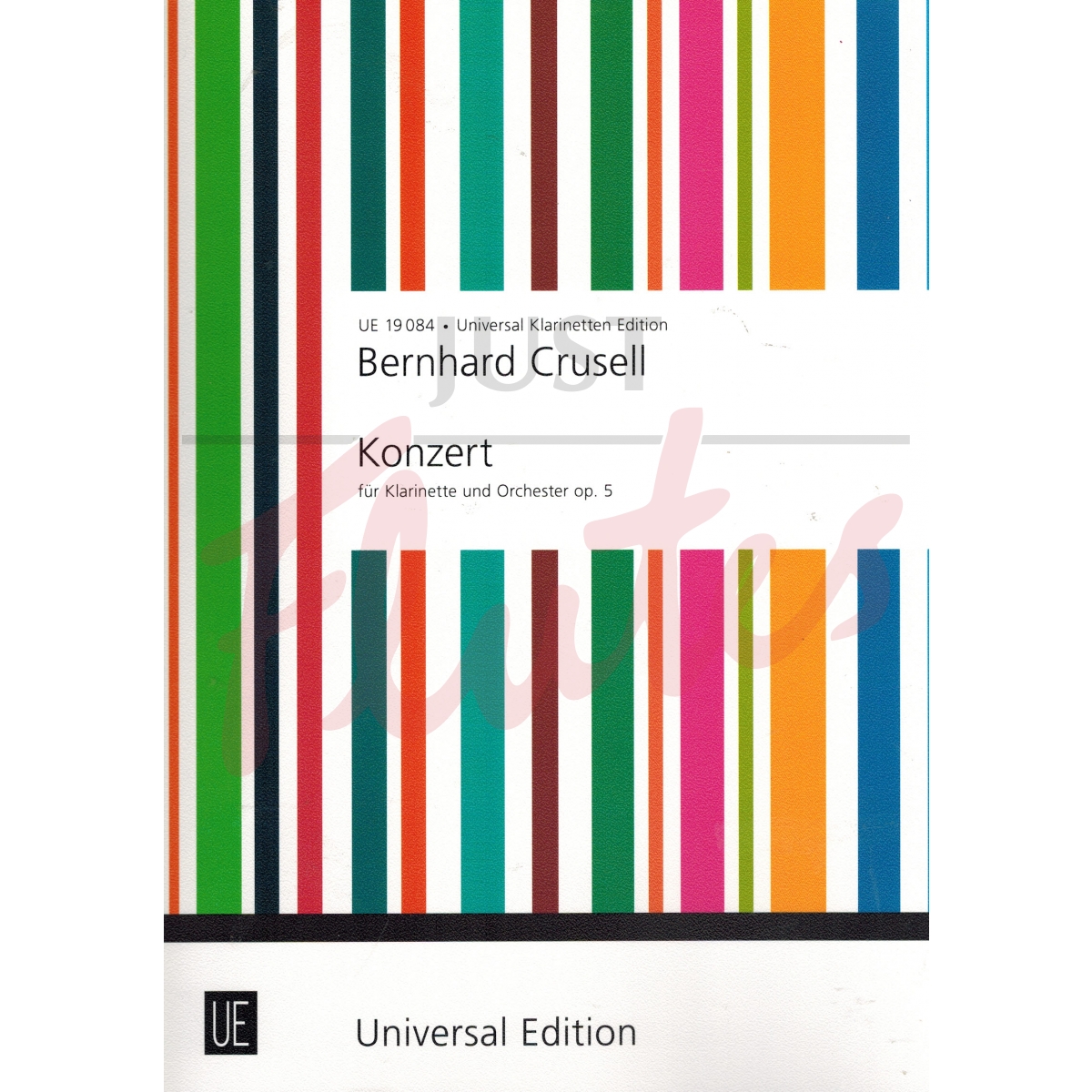 Bernhard Henrik Crusell (1775 -1838) was one of the greatest clarinet virtuosi performing at the beginning of the nineteenth century. […] His compositions were of such merit that they are considered today amongst the best that were written at that time. When his three clarinet concertos were published by Peters of Leipzig they became at once bestsellers. The title-page of the first edition by Peters in 1818 of the Concerto Op. 5 reads: Grand Concerto ... trés-humblement dédié a Sa Majesté Alexandre I, Empereur de toutes les Russies, Roi de Pologne etc. etc. etc. par Bernard Crusell, Premier Musicien de Ia Chambre de sa S.M. le Roi de Suede et de Norvège, Membre de I'Academie Royale de Musique de Stockholm. Crusell had performed at the Russian Court in St. Petersburg as early as 1801. The dedication to such an exalted person, permission for which was requested and granted in 1817, is doubtless the reason for the work's designation as "Grand", for musically and structurally it is no grander than the other concertos. (Pamela Weston)