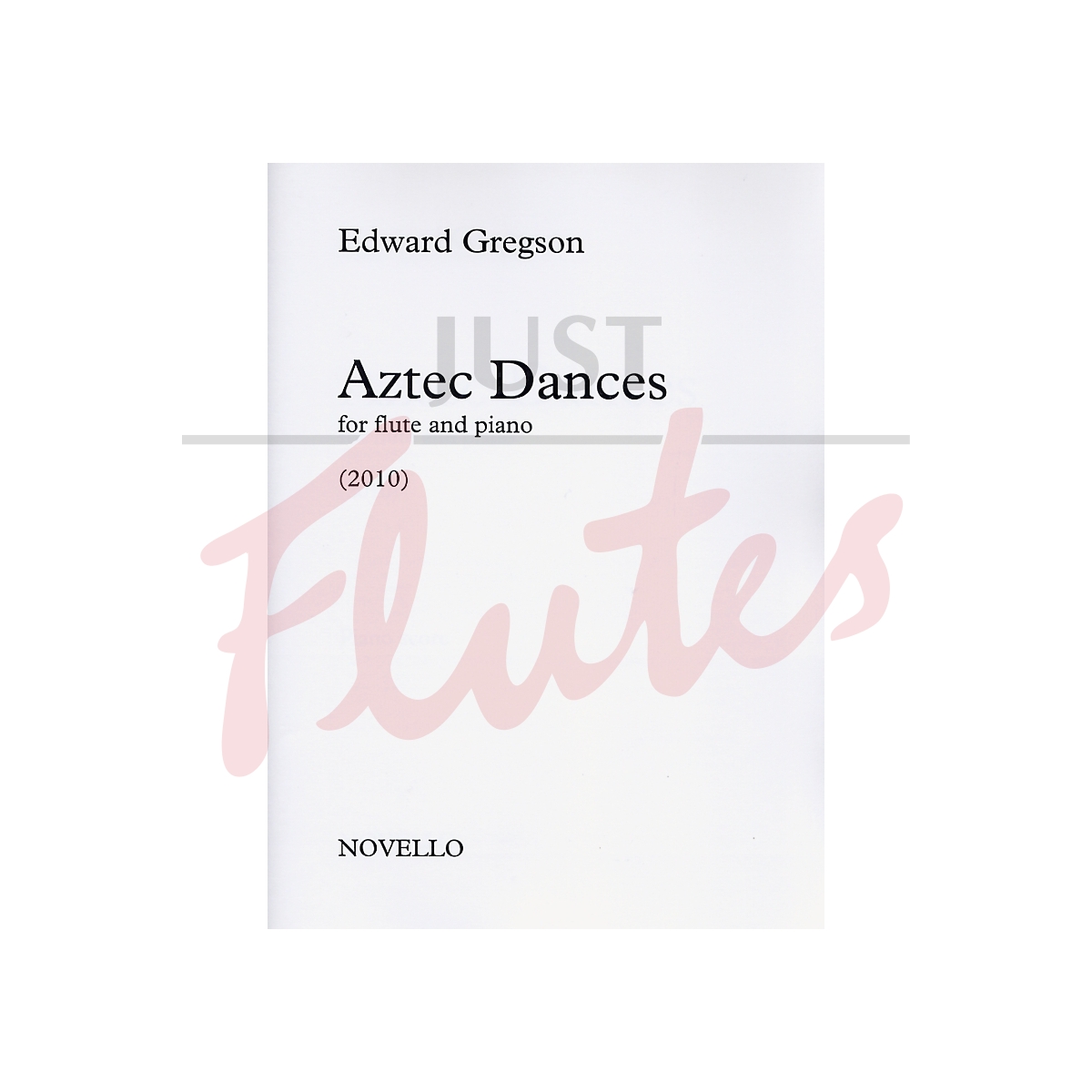 Chris Hankin Just Flutes staff member - chrish@justflutes.com
If you really want to get your teeth into something different, perhaps this challenging set of dances will fit the bill. There are a lot of notes here and a rhythmic complexity which will take some performing. Improvisation and drama characterise the Ritual/Pastorale, and the Fertility Dance has a great forward impetus. Ghost Song is full of effects for both instruments and the Sacrificial Dance gains momentum right to the end. If you are a fan of Wissam Boustany you'll love this!

Aztec Dances was commissioned by Christopher Orton, with the assistance of the BBC Performing Arts Fund. The first performance was given by Christopher Orton (recorder) and Magdalena Nasidlak (piano) at a concert in the Manchester Midday Concerts series at the Bridgewater Hall, Manchester, in March 2010.

The version for flute and piano was premiered by Wissam Boustany (Flute) and Aleksander Szram (Piano) at St James’s Church, Piccadilly, on Thursday 19 May 2011.

The idea for the genesis of this work, and indeed its title and individual movements, came after visiting an exhibition at the British Museum entitled Moctezuma –Aztec Ruler. The exhibition traced the events following the election in 1502 of Moctezuma as Supreme Ruler of the Aztecs, and the subsequent invasion of 1519 by a Spanish expedition led by Hermán Cortés – an event that was to eventually lead to the demise of the Aztec civilisation.

Part of the exhibition explored the role that music and dance played in Aztec life. The primitive recorder together with trumpets and drums, were used as an important part of the formal ritual ceremonies (including, rather gruesomely, human sacrifice) that took place to appease the many Gods which the Aztecs worshipped, as well as for other, more informal, occasions in their social and cultural life.

I have tried to reflect some of these highly contrasting and dramatic ideas in this four movement work.