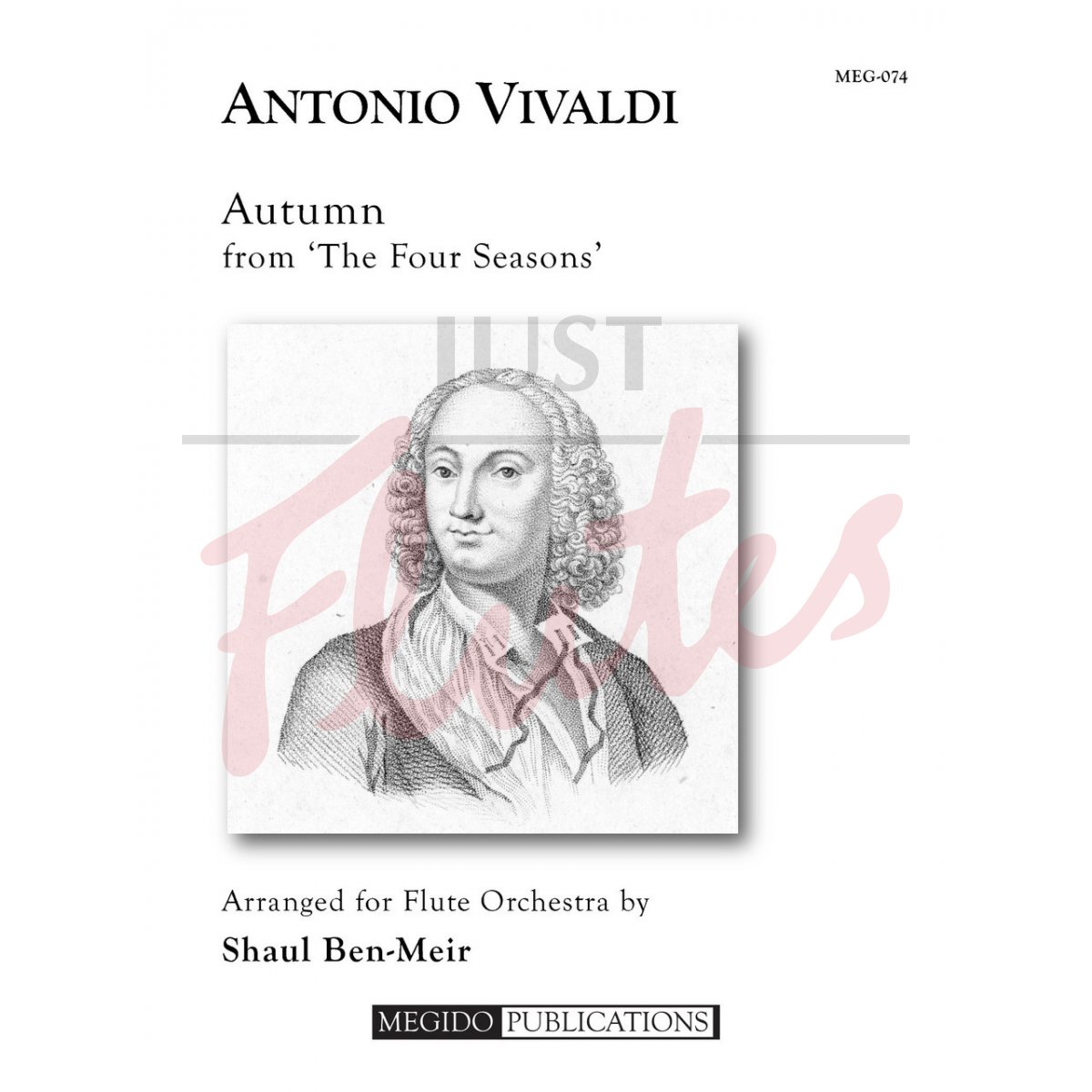 The Four Seasons of Antonio Vivaldi are among the most recognizable pieces of all classical music. Originally composed as four violin concerti, Vivaldi originally published the works with accompanying poetry, thus making them among the earliest examples of programmatic music. Here, the concerto depicting Autumn has been arranged for flute ensemble by Shaul Ben-Meir.