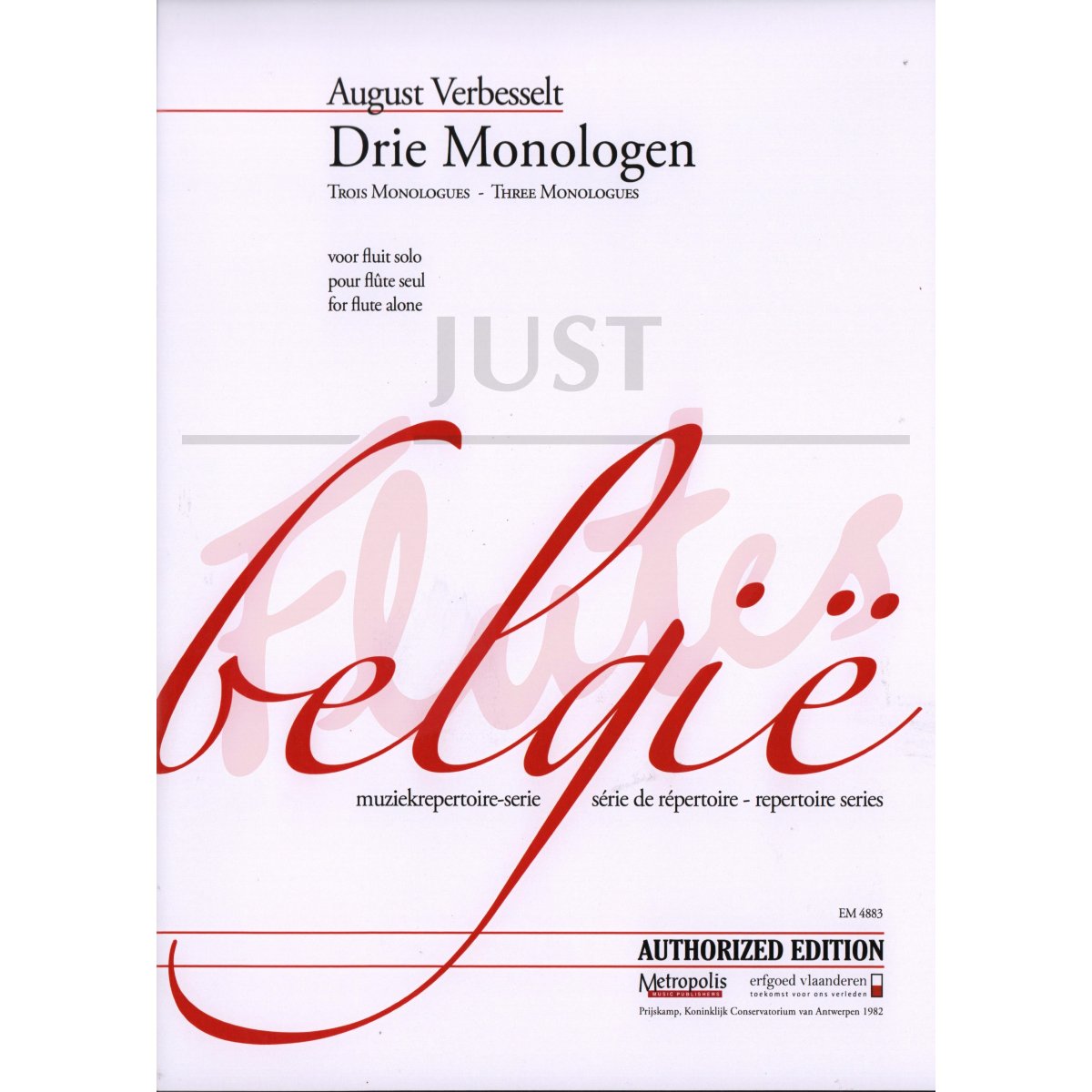 August Verbesselt's Three Monologues for flute alone, like much of his music, lies somewhere in between Bartók and Muczynski. His experimentations with dodecaphony and atonality, like Bartók, were directed towards making strange and different types of music appealing - and Verbesselt was intent on making music that was comprehensible to audiences. The deeper influences of Bartók can be heard clearly in the recitativ and night music of the second Monologue, written in near-free time. The first and third Monologues, however, hold more resemblance to Muczynski's Three Preludes - more aggressive, more Flemish, but with a rhythmic vitality that transforms less traditional ideas into intriguing, appealing patterns and dances. The high level of playing required also matches Muczynski's Preludes, and allows the Monologues to easily hold their own in recital or competition.