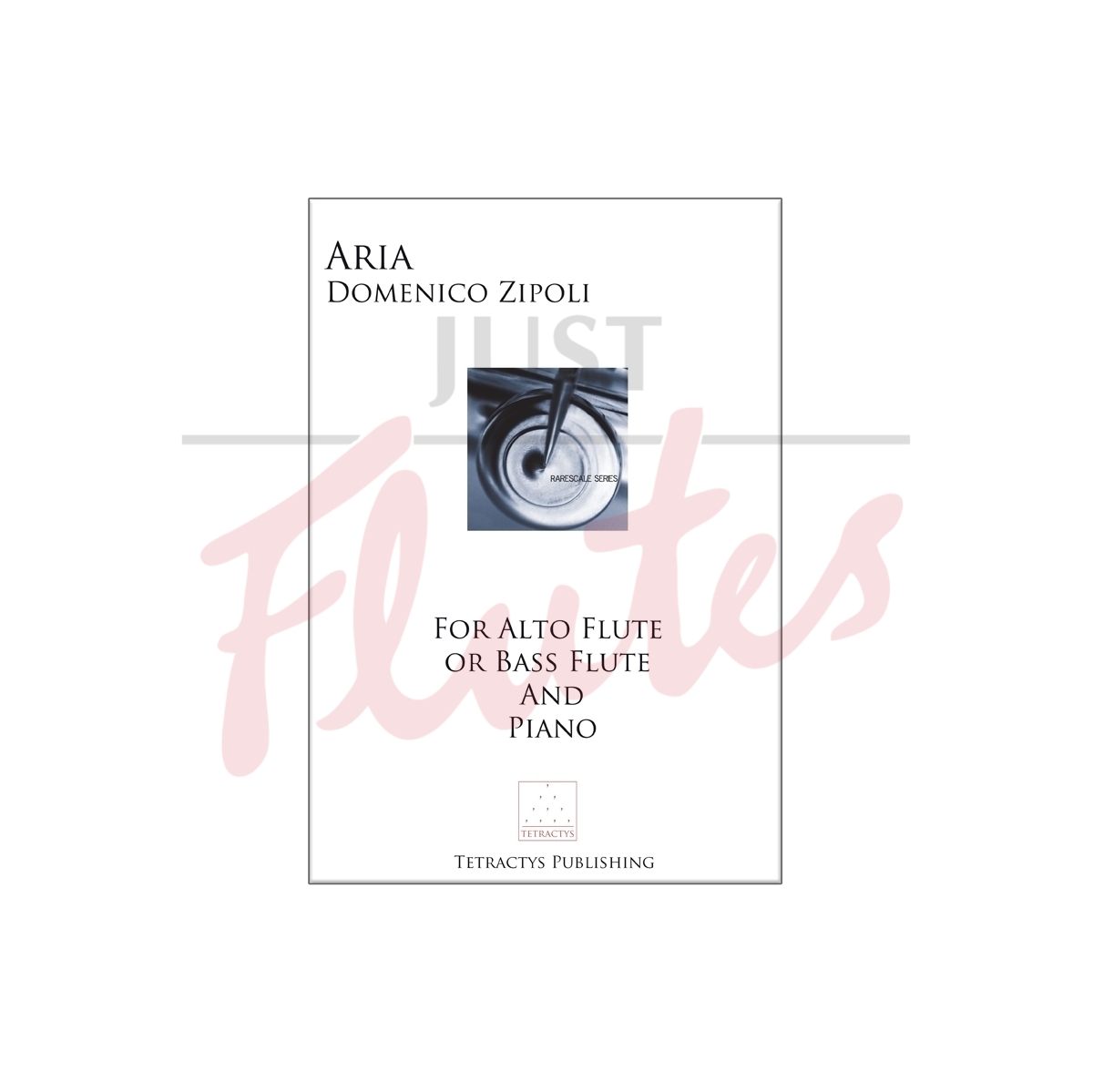 Aria for Alto or Bass Flute and Piano

Zipoli was an Italian baroque composer, who was taught for a short time by Alessandro Scarlatti. He was an organist, and best known for his keyboard music. After establishing himself in Rome, he joined a group of missionaries and is known to have arrived with them in Buenos Aires in 1717, where he worked as director of music in a Jesuit Church. He completed his training as a priest but was never formally ordained.

This short Aria was originally written for cello, and this edition includes transpositions for either alto or bass flute.

Zipoli was an Italian Baroque composer, who was taught for a short time by Alessandro