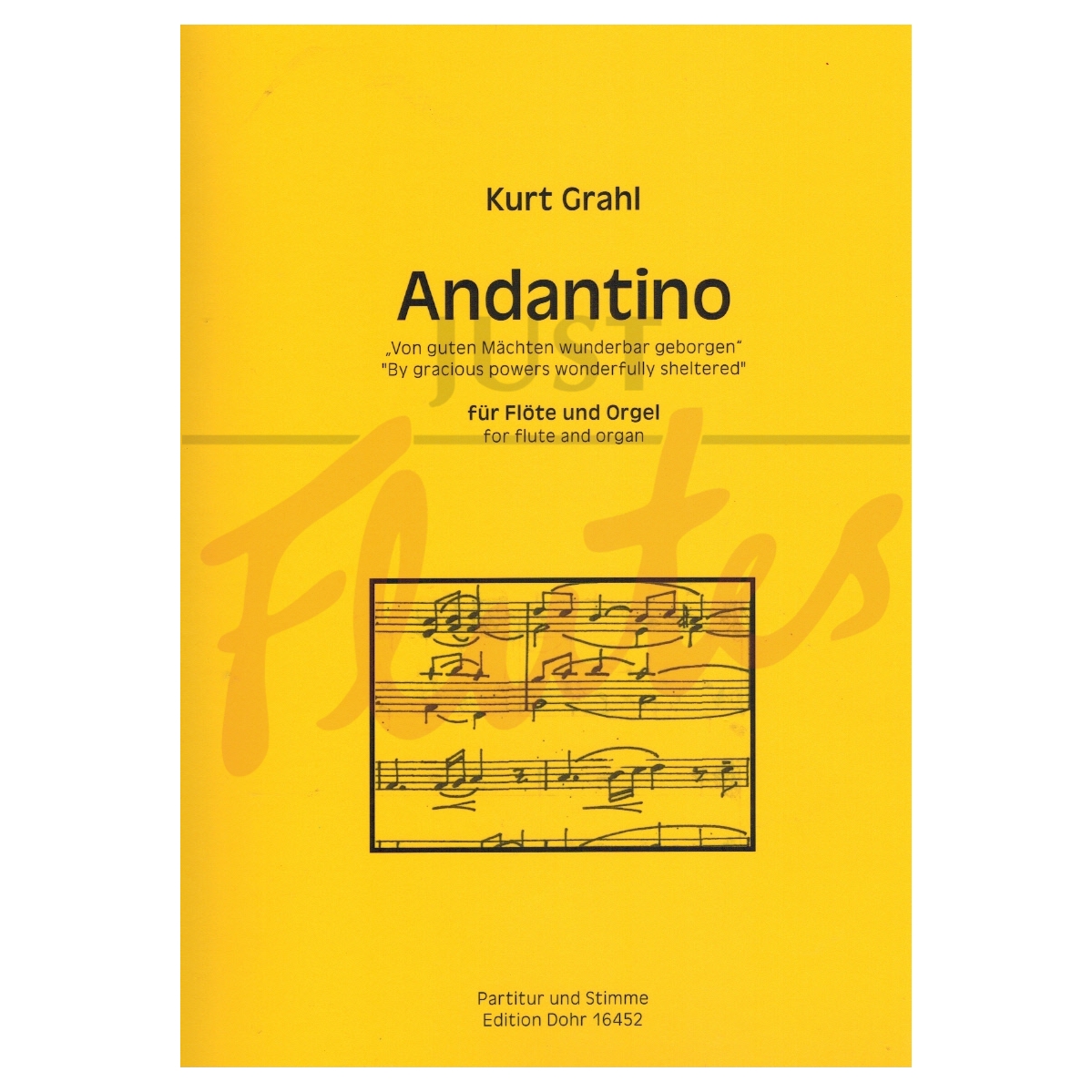 The Andantino "Beautifully Saved by Good Powers" arose as a "service music", as an intermediate music, after readings or sermons, as instrumental music during the Communion or the Lord's Supper. But it has also already been heard as a "concert piece".
The Andantino consists essentially of two theses (themes) which the music tries to work up in the shortness prescribed by the liturgy: "Surrounded by good powers faithfully and quietly" and "God is with us". These two themes, musically united, then yield the third: "Wonderfully saved by good powers". The basis for these exposures and metamorphoses is the melody of the song, which has found acceptance in the New God's praise. (Kurt Grahl)