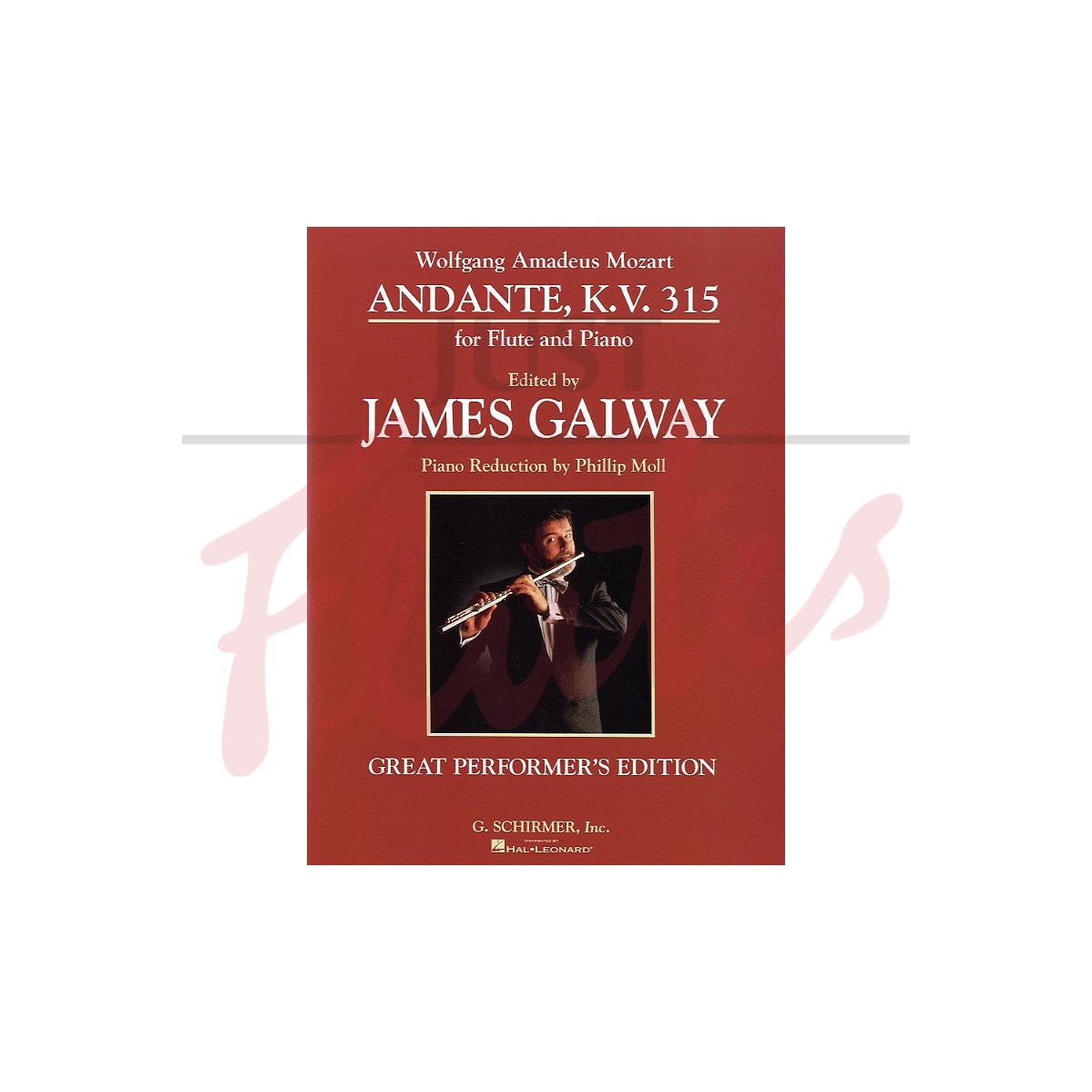 Andante in C major for flute and piano, K315

The Andante in C has been dated from much the same period as the Flute concertos he was commissioned to write by Wendling, and may have been designed as either an alternative central movement for the Flute Concerto in G, K.313, or possibly as a slow movement for the third concerto Mozart failed to write for Dejean. In any case, it is a deservedly popular piece in its own right, and has here been arranged with just a Piano accompaniment by the flautist James Galway.