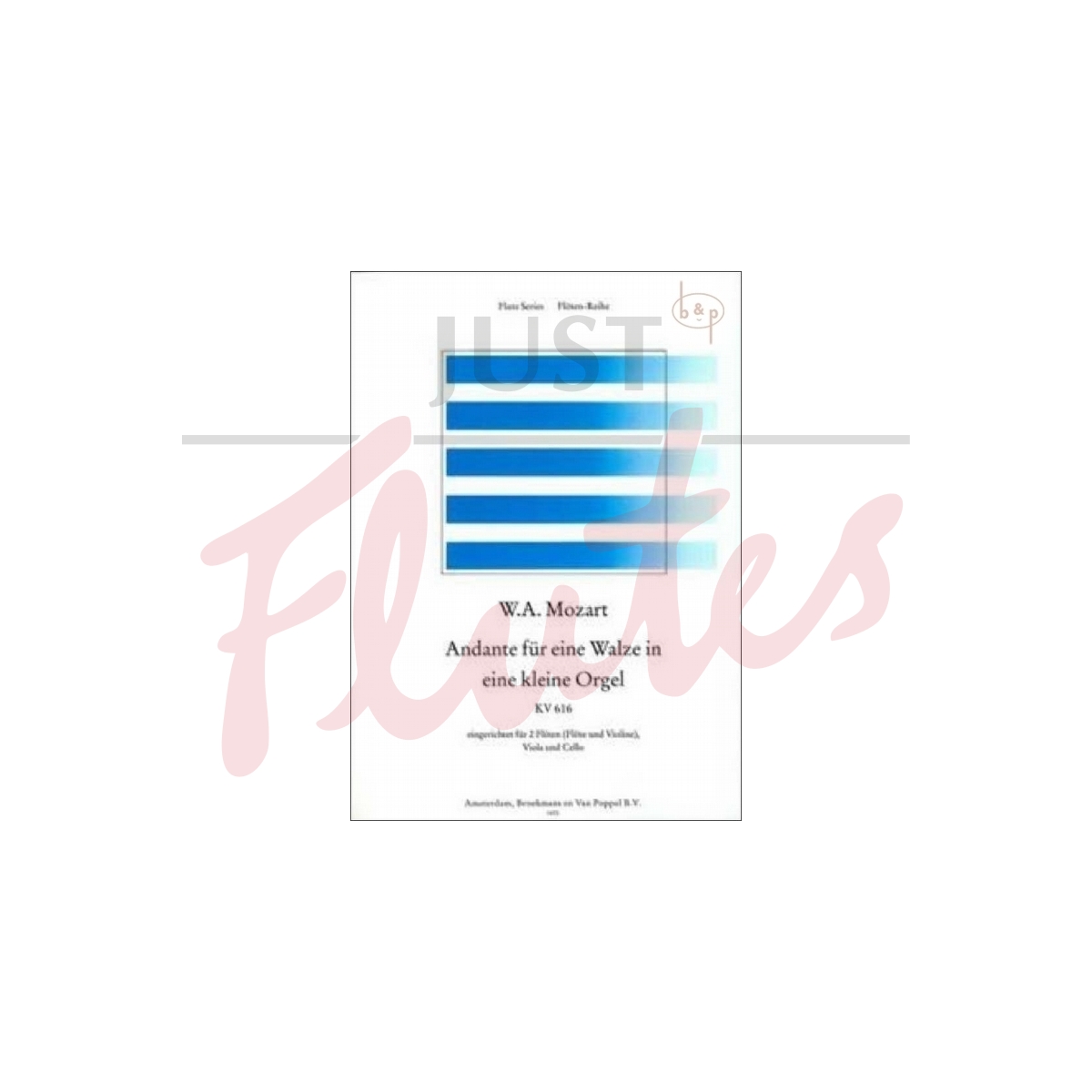 It would be most regrettable if a work of such musical calibre as the Andante K 616, which Mozart wrote in the year of his death for a mechanical musical instrument, could no longer be heard. Rien de Reede has arranged it for two flutes, viola and cello, so that the piece can be played by the same instrumental combination as Johann Christian Bach's and F.H. Graf's quartets. Another possibility is the arrangement for flute, violin, viola and cello, which could be included in a programme of flute quartets.