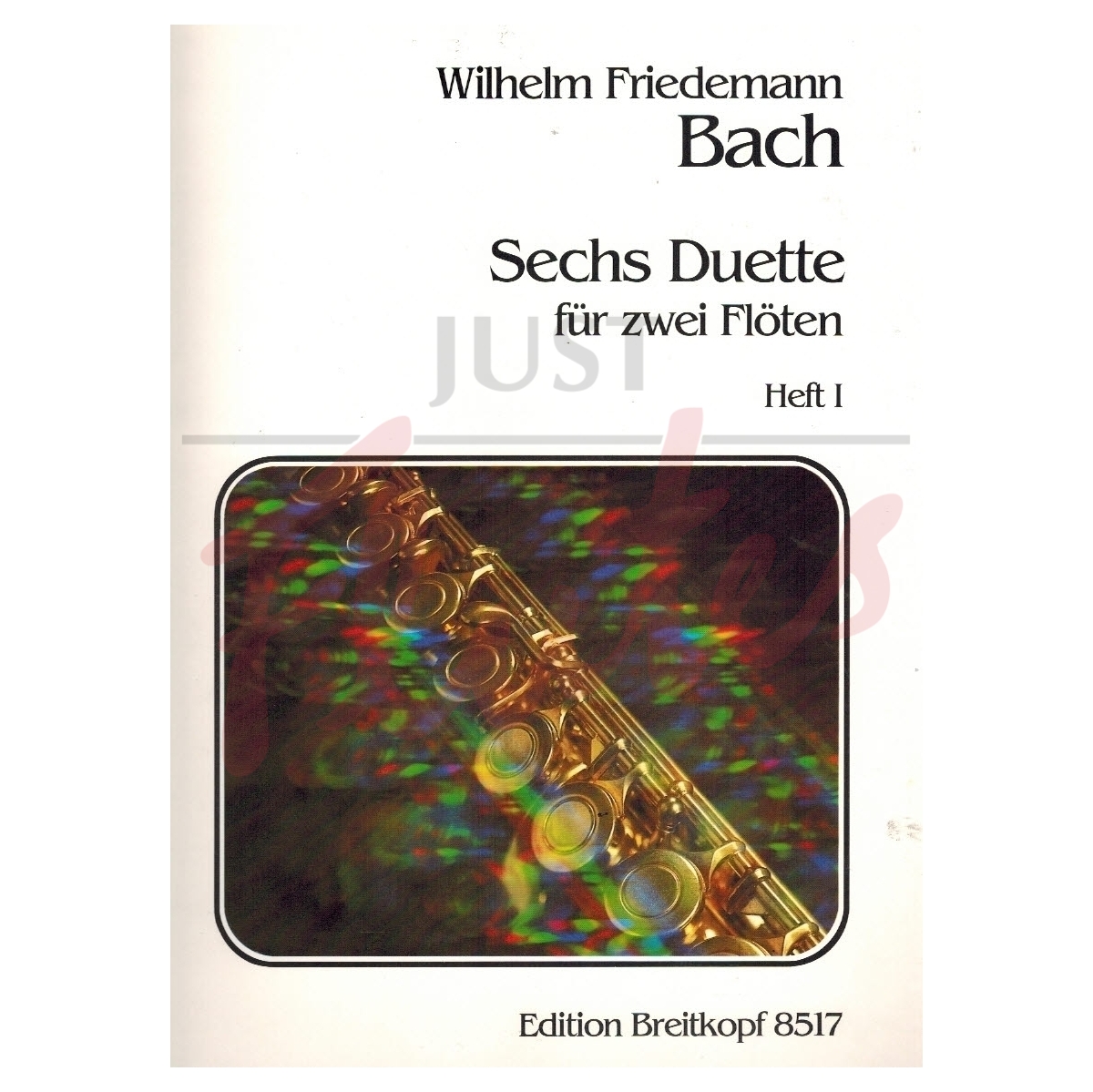 The six Duets for two flutes by Wilhelm Friedemann Bach rank among the most important works of this generally pedagogically oriented genre, and impressively document the last phase of the Baroque era. The edition is based on an early copy which belonged to Johann Philipp Kirnberger. It bears the title "Sechs Sonaten für 2 fluetten von Friedemann Bach". The Duets Nos. 5 and 6 were added by another copyist.