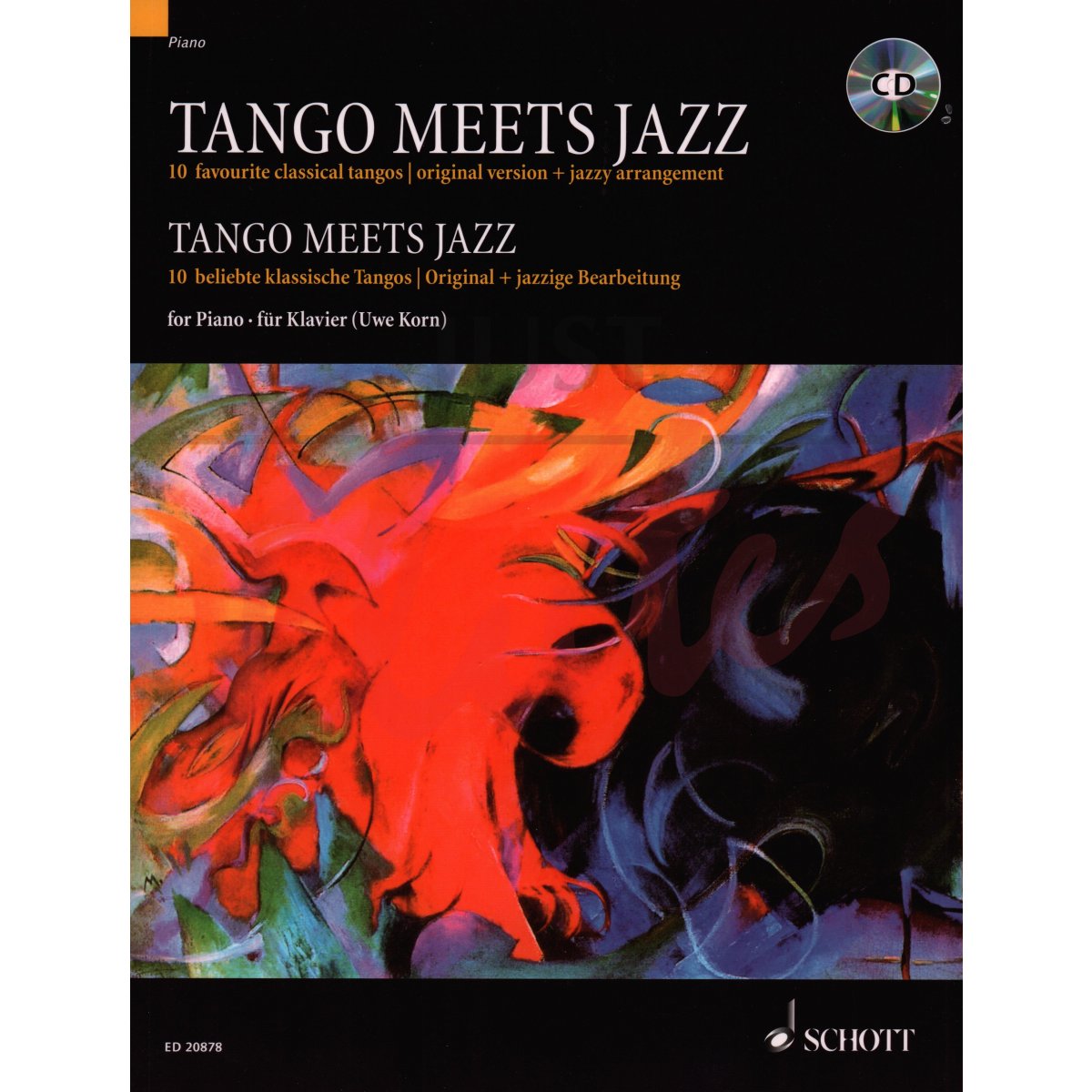 Uwe Korn
This item is discontinued. It is not available for sale.

Tango – that's not just a 'classical' dance form but, in addition, pretty much a philosophy of life, yet in any case a 'bath' in the whirlpool of emotions. This volume contains 10 tangos, including such popular pieces as 'Jalousie', 'El Choclo', 'Por una Cabeza' and even more recent classics such as 'Adiós Nonino' by Astor Piazzolla. The arrangement for piano tried to do justice to the specific sound image of the tango as much as possible. Each tango comes together with a jazzy piece in which, in most cases, the preceding tango is newly interpreted in a jazz-related style, but sometimes is combined in pairs with a new composition. Whether it is an arrangement or a new composition, the idea always comes from the tango itself. For instance, the corn cob ('El Choclo') is made into a corn dish with a tangy sauce ('Choclo con Salsa'), while fiery jealousy ('Jalousie') serves to light a Cuban cigar ('Le Cigare Jaloux'). An unhappy lover tries his luck at the races ('Por una Cabeza'), where he might be advised to bet on Spanish horses ('Caballos Españoles'). Astor Piazzolla wrote his piece 'Adiós Nonino' after the death of his father: jazzing this up would be totally inappropriate. The 'Preludio del Ángel' that follows it is a new composition inspired by Piazzolla and Bach.