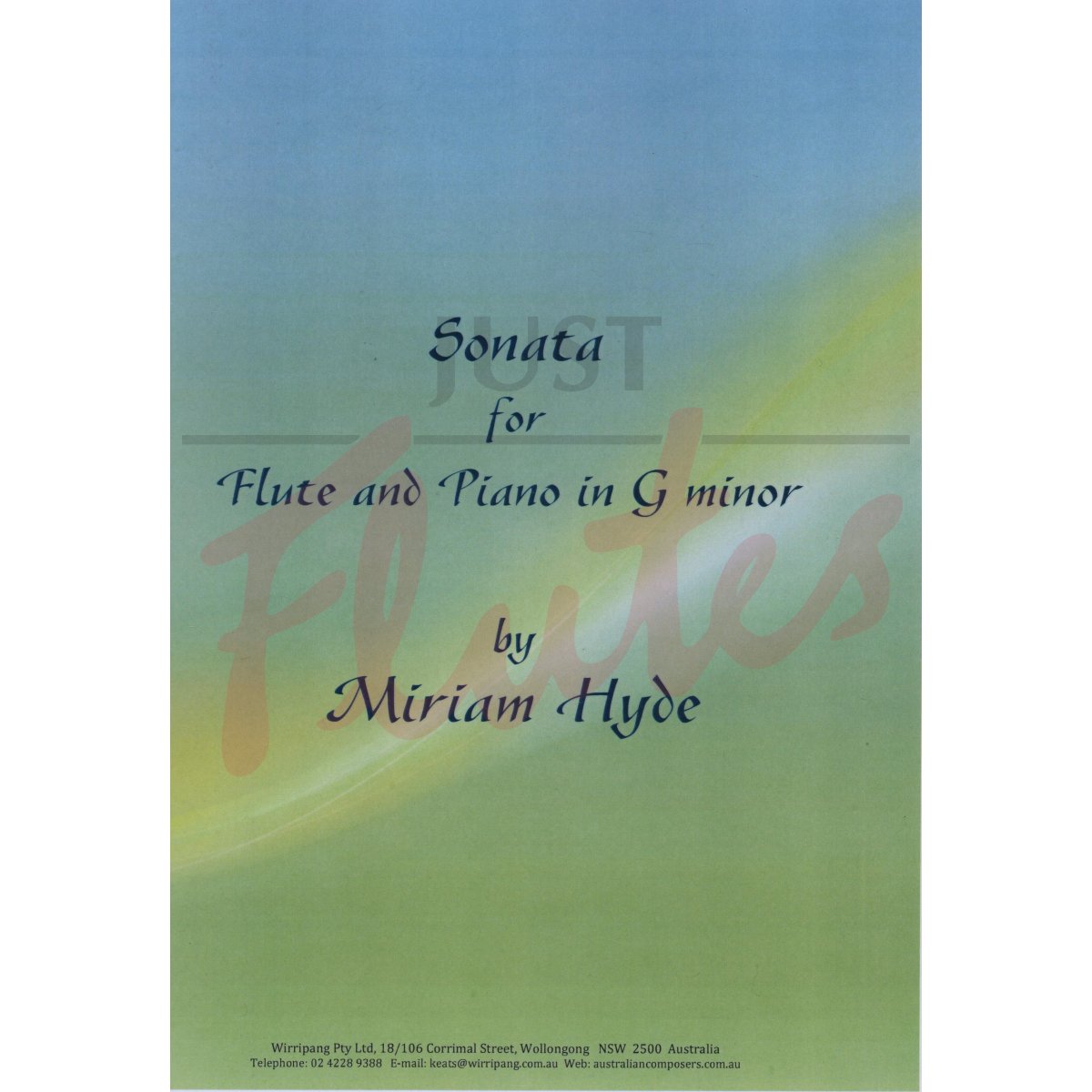 “Romantic Australian music with a twist!”

Chris Hankin Just Flutes staff member - chrish@justflutes.com
This lovely sonata is so good to play. The style is a cross between romantic and quirky modern, illustrated admirably in the first movement in which the flute dances around the accompaniment in playful teasing. Worth the purchase for the The Andante Pastorale alone, this is expressive with long flute lines rising and falling with a sense of longing and love. The closing Allegro con spirito is full of rhythmic vitality bringing the work to a colourful close. If you're looking for something new and tuneful this is a great option.

The Sonata in G minor was written between October 1961 and January 1962, mostly on trains, to and from examining appointments.

The first movement (Allegro giocoso) follows the traditional lines of sonata form.  The first subject is 'perky' and, in its opening appearance, lightly accompanied by the piano. The second subject, in the tonic major key, has a graceful gliding movement which occasionally sweeps into the more glittering high register of the flute. This is sometimes heard inverted, the piano imitating it, or maintaining a piquant background fo staccato repeared chords.

In the second movement most of the expressive melodic line is given to the flute, supported by colourful harmonic progressions on the piano.

The third movement opens with a vital syncopated rhythm and in spite of its initial augmented fourth interval, proceeds good-humouredly, with plenty of activity and imitation between the two instruments.