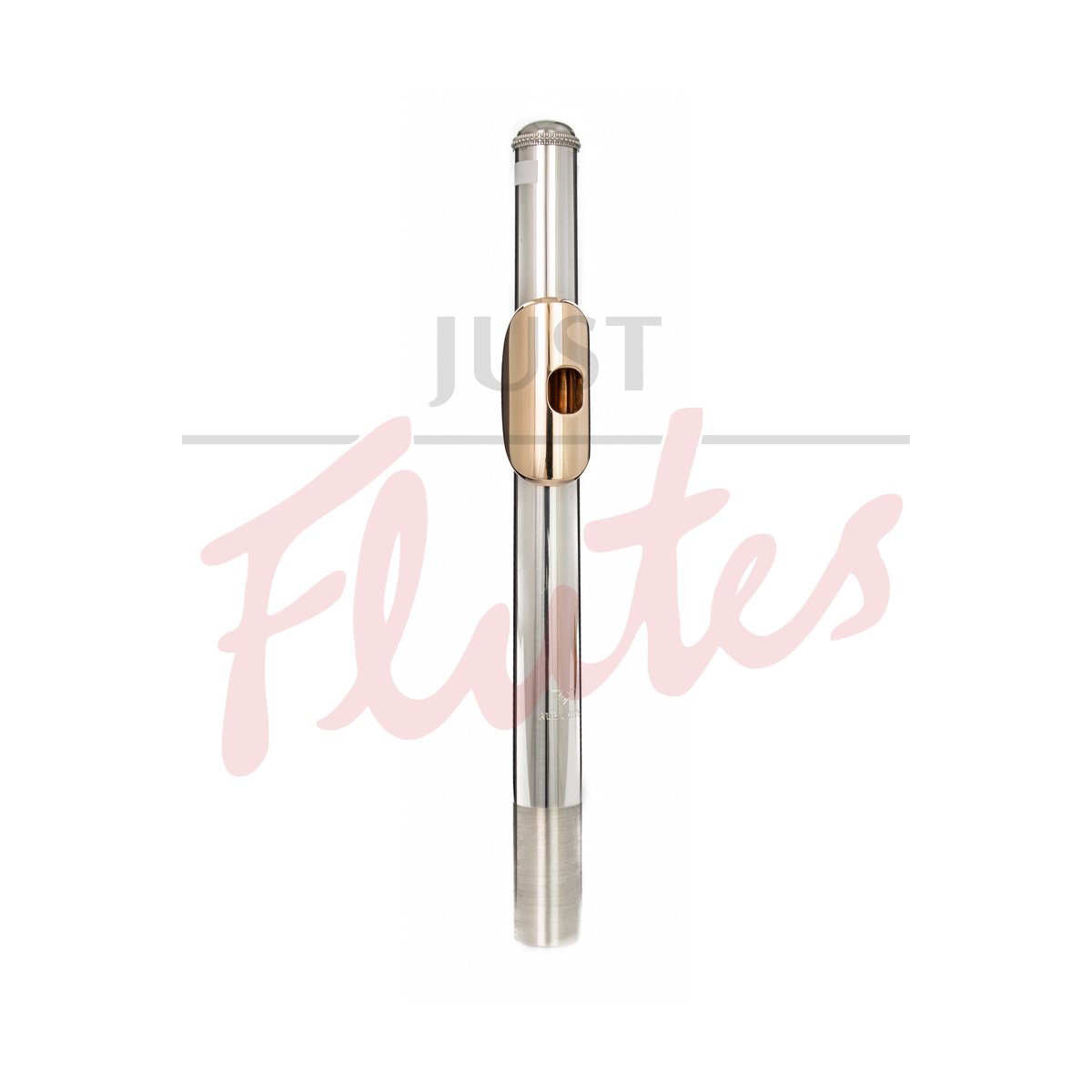 This headjoint is in very good overall condition, and has just had a new head cork in our workshop. There are a few tiny markings on the tube as to be expected from general use, however these are purely aesthetic and will not affect the playability or tone of the headjoint. This headjoint would be a great option for a player looking to upgrade their current flute with a headjoint that has a more traditional cut with broad dynamic ranges, and a deep rich tone with great projection and focus.